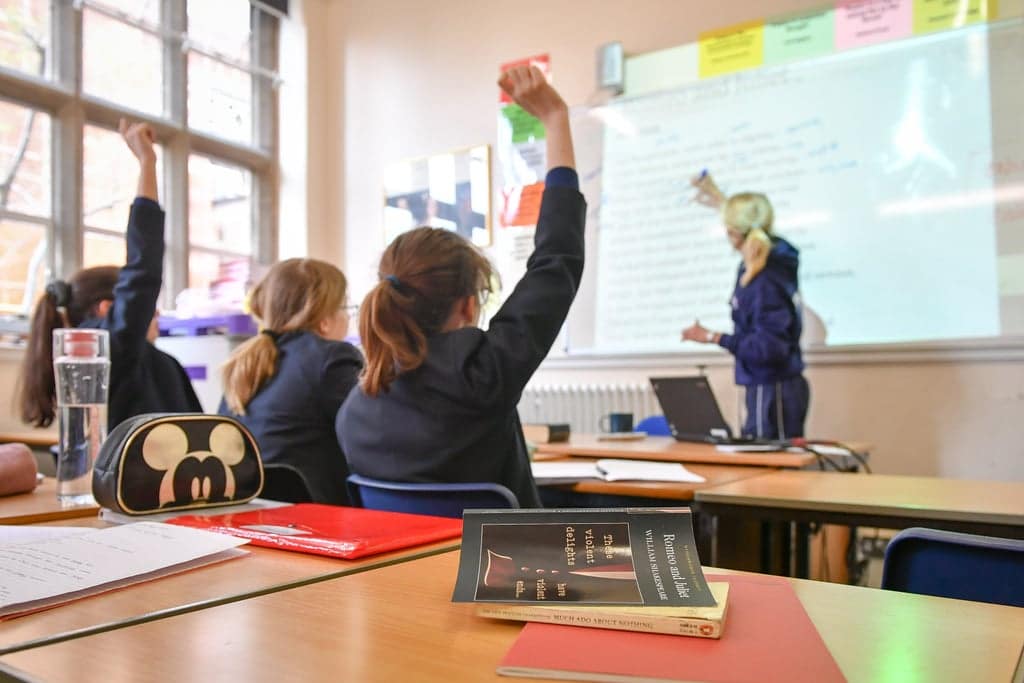 Ofsted will judge school curriculums based on their 2022 SATs and GCSE results, the Department for Education (DfE) has announced.

The DfE said it will not publish KS2 SATs in league tables but that it will produce the “normal suite” of KS2 accountability measures to be shared with schools, local authorities and academy trusts to inform school improvement.

It added that it will give the data to Ofsted to “inform inspection activity under the Quality of Education judgment, for example, on the impact of curriculum decisions”.

The guidance said that inspectors will be aware that the 2021/22 data is not comparable with other years and will be “sensitive in their use of it”.

The DfE said it would publish league tables for KS4 results at GCSE in secondary schools and that these would also be given to Ofsted to enable them to make judgments on school curriculum performance.

The news comes following a study which revealed most primary pupils are stressed about taking SATs this year.

In a survey by YouGov, 60% of more than 1,500 Year 6 pupils said they were worried about taking SATs, with nearly one in ten – 9% – saying they were having trouble sleeping because of the upcoming tests.

Year 6 pupils said they were “nervous of failure”, “get more easily stressed” or found exams “scary”.

More than half – 51% – said they had spent most of Year 6 sitting SATs practice papers while nearly half – 47% – said they did not enjoy school as much as they used to.

The main concern Year 6 pupils reported was worrying about “not knowing everything I should about English or maths”, with 50% reporting this.

The need to focus on English and maths was also having an impact on the rest of the curriculum, with 72% of children reporting they are not spending enough time on the subjects they enjoy while English (85%) and maths (88%) are the top two subjects that they spent most time learning.

These results echoed findings from charity Parentkind, which found that 95% of more than 1,700 parents said SATs had a negative impact on children’s wellbeing.

Headteachers are also feeling the pressure, with a Teacher Tapp survey of more than 1,000 primary headteachers, senior leaders and Year 5 and 6 teachers finding that 91% said they were under more pressure than usual.

Chris Dyson, headteacher of Parklands Primary School in Leeds, said: “We are doing everything we can to make the run-up as low-key as possible.

“But I’ve heard from many schools who have the possibility of an Ofsted inspection looming, so of course they’re cramming because they know they’ll be judged on the results.

“The simple truth is many of these children have had their education disrupted over the last two years and we’re trying to fill any learning gaps as quickly and effectively as we can – SATs are just an unnecessary additional pressure placed on us by the government .”

Parentkind chief executive John Jolly said: “The simple fact is, if parents, teachers and young people are all saying that SATs cause worry and fear, work must be done to change things.

“What’s more, with 80% of parents saying that SATs aren’t a helpful way to measure how well a child is doing in school, it brings into question what these tests are actually for.

“We’re very open-minded, and happy to be part of an ongoing conversation about what education itself is for and how success is measured. But, if the first aim is to do no harm, these results are very worrying indeed.”

A spokesperson for More Than A Score said: “This year’s SATs will not demonstrate the effects of Covid on pupils’ learning.

“The results will simply paper over the cracks of what has been lost – the truth will lie buried far beneath the raw data.

“Schools — knowing they will still be judged on the results — have been racing to complete the curriculum in time for SATs week in May. This has impacted on pupils’ wellbeing and the opportunity to study a broad range of topics in any depth.

“We fundamentally disagree that SATs and other assessments should be going ahead in this school year. Preparing for them is damaging children’s education, providing stressful for schools and pupils and impacting on mental health.”

Geoff Barton, general secretary of the Association of School and College Leaders, said: “It makes no sense whatsoever for Ofsted to use data from this year’s SATs and GCSEs to judge schools.”

“The pandemic has had a prolonged and serious impact on schools and has done so to a greatly varying extent with some schools more badly affected by staff and pupil absence than others,” he added.

“This means that there cannot possibly be a level playing field in results from tests and exams and it is unfair and potentially damaging to judge schools on the basis of this data.

“It is all very well to say that inspectors will be sensitive to the use of the data and will be aware of the uneven impact of the pandemic, but if the data is that unreliable it would surely make more sense not to use it at all. .”