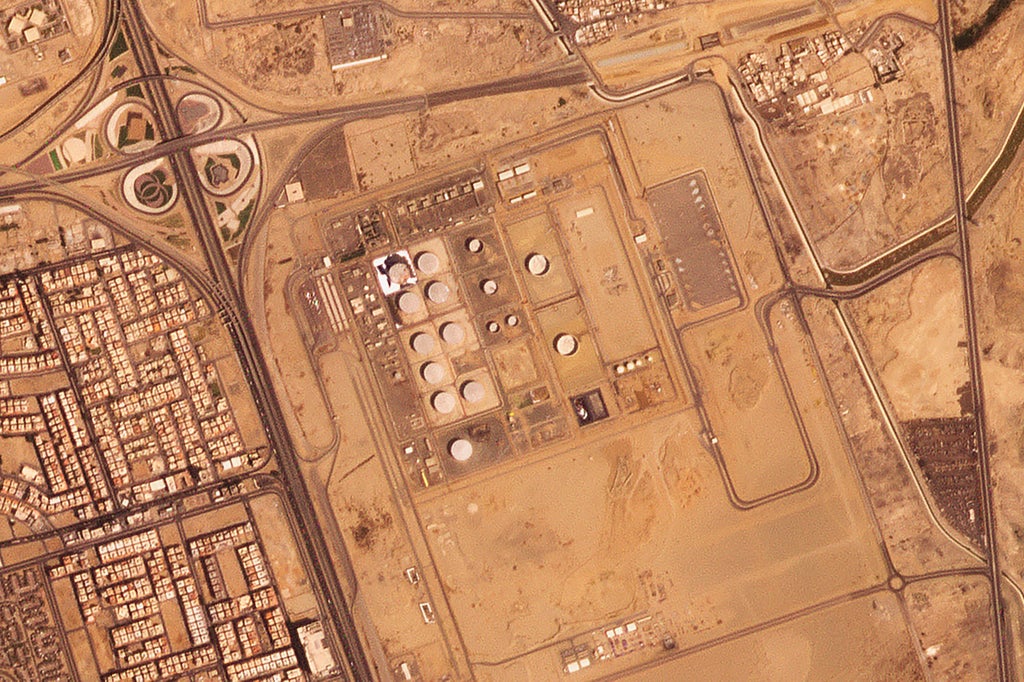 Satellite photos by Planet Labs PBC, analyzed by The Associated Press on Tuesday, show the damage on Sunday to the North Jiddah Bulk Plant, which sits just southeast of the city’s international airport, a crucial hub for Muslim pilgrims heading to Mecca.

That same storage tank — owned by the state oil behemoth Saudi Arabian Oil Co., known as Saudi Aramco — was hit by what the Houthis described as a cruise missile in a November 2020 attack.

Sunday’s attack has renewed questions about the kingdom’s ability to defend itself from Houthi fire as a yearslong war in the Arab world’s poorest country rages on with no end in sight. It also comes as Saudi Arabia issued an unusually stark warning that it is unable to guarantee its oil production won’t be affected by further attacks — which could push global energy prices even higher amid Russia’s war on Ukraine.

Both Saudi government officials and Aramco did not immediately respond to questions Tuesday.

The Houthi attack on Sunday represents one its most-intense barrages of the war, which has been seen the kingdom launch punishing airstrikes in Yemen that have been criticized internationally for killing civilians. Among the targets was a petrochemicals complex in Yanbu on the Red Sea coast, which Saudi officials said led to a disruption of production for the world’s biggest oil exporter.

Another target was the North Jiddah Bulk Plant, which stores diesel, gasoline and jet fuel for use in Jiddah, the kingdom’s second-largest city some 285 kilometers (177 miles) southeast of Yanbu on the coast. It accounts for over a quarter of all of Saudi Arabia’s supplies and also supplies fuel crucial to running a regional desalination plant.

Saudi authorities earlier described the attack as causing a “limited fire in one of the tanks, (which was) brought under control without causing casualties.” The Houthis said they used Quds-2 land-attack cruise missile in the assault.

The Planet Labs PBC photos, taken Monday, showed what likely was white, fire-suppressing material surrounding the tank, which appeared damaged on its southern-facing side.

At the time of the 2020 attack, the tank, which has a capacity of 500,000 barrels, held diesel fuel, according to a recent report by a UN panel of experts examining Yemen’s war. Repairing it after the last attack cost Aramco some $1.5 million.

The UN experts described the facility as a “civilian target,” which the Houthis should have avoided after the 2020 attack.

“While the facility also supplies the Saudi military with petroleum products, it is mostly supplying civilian customers,” the panel said. “If the plant had been out of service of a significant period, the impact on the kingdom’s economy as well as on the welfare of the residents of the Western region would likely have been significant.”

Cruise missiles and drones remain difficult to defend against, though the US recently sent a significant number of Patriot antimissile interceptors to Saudi Arabia to resupply the kingdom amid the Houthi attacks.

In September, the AP reported that the US had removed its own Patriot and THAAD defense systems from Prince Sultan Air Base outside of Riyadh.