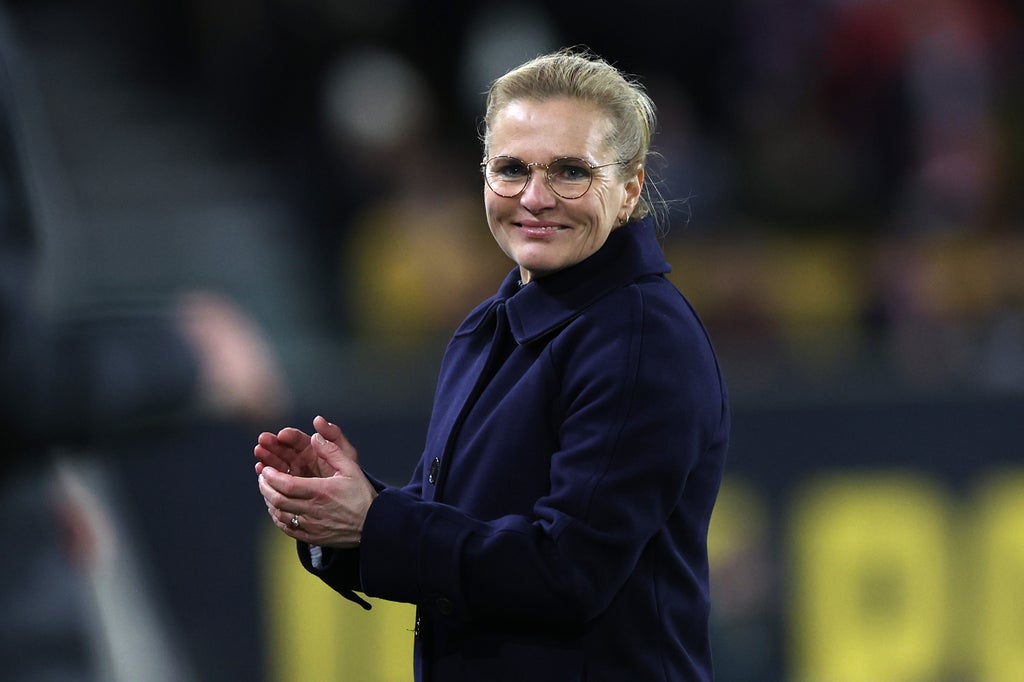 As far as ideal preparations for a home European Championships go, lifting an international trophy was a good way to start. England’s participation in the Arnold Clark Cup was always going to be judged by performances rather than results but in the end manager Sarina Wiegman was able to deliver both. The Lionesses were crowned overall winners of the inaugural competition, sealed by a 3-1 victory over Germany at Molineux.

The purpose of the Arnold Clark Cup was to offer England some much-needed matches against top-ranked opposition and the fixtures against Germany, Spain and Canada delivered the tests they had been looking for. England impressed in long spells of each of their three fixtures, while also having to defend and control games against some of the best teams in the world, and it offered a proper look at Wiegman’s side following the procession of some of their recent World Cup qualifiers .

There was plenty to be impressed with. From Wiegman’s organisation, flexibility and use of her wider squad, right up to the late tactical tweak against Germany that saw defender Millie Bright join England’s attack as a makeshift centre-forward. It may not have been Wiegman’s plan for the Chelsea centre-back to finish up as the tournament’s joint-top goalscorer, along with Alexia Putellas, but it was a worthwhile exercise of England chasing a late goal in a tournament setting.

Twenty players were used by Wiegman across England’s three matches, as the former Netherlands manager closes in on the squad she will take into the Euros this summer, but among several stand-out performers it was winger Lauren Hemp who made the biggest statement. The Manchester City forward was explosive from the left wing and England’s best player against Canada and Germany, as well as Spain despite starting from the bench.

Her control in tight areas and acceleration to burst away from defenders meant Hemp was England’s biggest threat throughout the tournament, with Leah Williamson and Kiera Walsh looking to find the 21-year-old with switches out wide continually through the second half against Germany once it became clear they couldn’t live with her.

What is perhaps even more exciting were the comments from Chelsea manager Emma Hayes, who was on co-commentary, who said Hemp has another level to find and her decision making in the final third has room for improvement. Even in a squad as talented as England’s, Hemp has the potential to be the difference come the summer.

She certainly appears to have a firm grip on the left side of Wiegman’s attack, as England’s starting line-up begins to take shape. The axis of Walsh and Williamson, who continued to captain England in the absence of Steph Houghton, looks set at the base of midfield. Lucy Bronze made an impressive return as she gets back up to speed following her injury lay-off, with Bright another nailed-on starter.

It feels silly to question England’s record goalscorer Ellen White but there had been some doubts about Wiegman’s striking options throughout the tournament, even if the Manchester City forward then added her side’s opening goal against Germany.

Fran Kirby, too, is another who surely will start but it is unclear in what position Wiegman will use her in. Wiegman appears slightly hesitant to use Kirby in the No 10 role, often favoring Ella Toone or Georgia Stanway, but it wasn’t until she was moved inside from the right wing that she had her moment of the tournament, sealing the win against Germany in stop page time.

Elsewhere, Wiegman used all three fixtures to have a look at three goalkeepers in Mary Earps, Hannah Hampton and the returning Ellie Roebuck, while Jess Carter, Rachel Daly and Demi Stokes all saw game time at left-back. Alex Greenwood will be the player to fill in for Houghton if the England captain does not make the Euros, with the news that the centre-back has undergone surgery on an Achilles injury to blow her hopes from her.

It’s been a positive week for England, though, with just over four months to go until their opening game of the Euros against Austria at Old Trafford. The Arnold Clark Cup was a success, too, even if the complete lack of attendance of the fixtures that did not involve the host nation raises some concerns around the marketing of the tournament this summer. At least England look to be in a strong position.