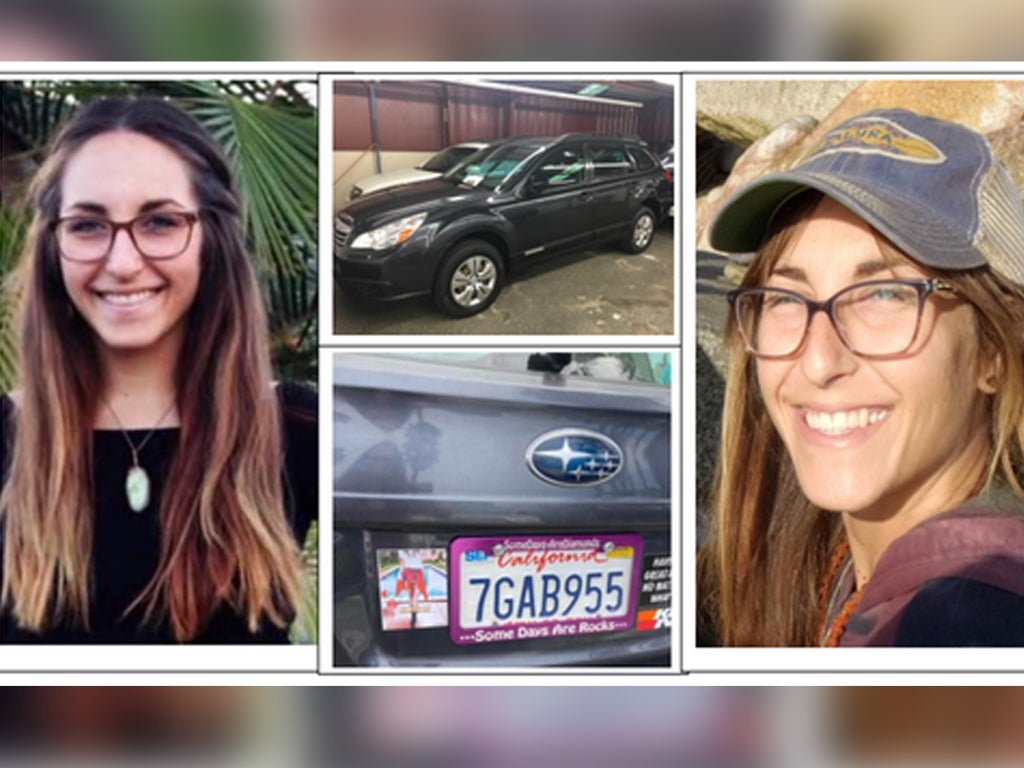 Family members of a missing California woman have said they are frustrated with the “lacklustre” response from law enforcement as they have been left with “zero answers” ​​as to her whereabouts 12 days on from her disappearance.

Sara Celeste Otero has not been seen since the morning of 28 January when she left her mother’s home in Oceanside at around 8.40am, telling her father she was heading to the gym.

Her family said she had also told a friend she may go to the beach.

The 28-year-old failed to show up for work at Mission Avenue Bar and Grill in downtown Oceanside that evening. Ella’s phone records show her cellphone was turned off at around 10am that morning and hasn’t been switched on since, according to her family.

Ms Otero’s stepbrother Ryan Bear told The Independent that, while his stepsister had struggled with depression in the past, she seemed to be in a better place recently and had told people how things were “starting to look up”.

She had recently met a new boyfriend and things were going “exceedingly well” between them, he said.

Now, 12 days on from the last time she was seen, Mr Bear said his family feels “hamstrung” by the “lacklustre” response from law enforcement over her disappearance.

“[The police] are seemingly doing what they can but we are hamstrung,” he said.

“There’s lots of things that could give us information that we still don’t have access to.”

He said that his family has been pushing to get access to his stepsister’s financial records and online accounts to search for clues as to her whereabouts but that, so far, their requests have fallen on deaf ears.

See also  Aigües de Barcelona: The employees of a sewage treatment plant in Barcelona are confined to the parking lot to avoid covid infections | Economy

“We’ve been requesting financial records and access to her Gmail and Microsoft accounts to get in and potentially find pertinent information,” said Mr Bear.

“But the only thing we know [police] have access to at this time is cellphone records.

“I’ve tried – I have her laptop and I’m in the software world but I don’t have the skills to access it.”

This has left Ms Otero’s family “reliant” on help from the broader community as “right now we no leads”, he said.

“We are left with zero answers at this point,” he said.

“We have nothing in terms of verifiable or concrete information.”

He added: “In the US, it seems adults can just go missing on their own volition.”

Mr Bear said that he and his stepsister had made plans to go on a hike together the day after she went missing.

He said he last saw her around two weeks ago and they decided to plan the hike for Saturday 29 January.

They had been texting throughout the week making arrangements for the trip when Ms Otero suddenly “went quiet” on the Friday – the day she went missing.

“She had gone dark on making plans so I knew something was up,” he said.

Mr Bear said that it is out of character for his stepsister to have no contact with friends or family for days on end and that she has never shown up for work.

“She’s taken time for herself before but she always let family or friends know,” he said.

“She was in a decent place. She had gone through some slight depression but she had vocalized that things were starting to look up and that she had reasons to live and things were improving.

The 28-year-old met her new boyfriend about four or five months ago and told her stepbrother she had “a lot of hope” for their relationship.

“She said he is a very kind man and felt like she had found a good guy,” he said, adding that he does not know of any “issues” in their relationship.

Mr Bear clarified that previous reports that the couple had only met over Zoom are incorrect, saying that it was the siblings’ other sister Chelsea who had only spoken with him virtually.

He said that his family do not believe her boyfriend had anything to do with Ms Otero’s disappearance and said that he has been “distraught” since she went missing.

“To my understanding the police explored that [he may be involved] and nothing pointed in that direction,” he said.

“He and my stepdad [Sara’s father] have been in consistent communication and he’s been beyond emotionally distracted wondering what has happened to her.”

Mr Bear said he does not want to speculate about what may have happened to his stepsister but said that he feels someone must have information that could help in finding her.

“Someone has to have seen something – either they had an encounter with her or they know where she is,” he said.

“We’re asking anyone with any information to come forward.”

Mr Bear made a direct appeal to Ms Sotero to come “home”.

“You’re loved, you’re cared about, your family deeply wants to see you safe and sound and we will do everything in our power to help you make it home,” he said.

He added: “It feels terrible on day 12 to not have anything.”

The Independent has reached out to Oceanside police for further information and comment.

Oceanside police said that Ms Otero was last seen wearing a green military-style jacket and bronze-colored leggings and may be traveling in a gray Subaru Outback with a California license plate 7GAB955.

She is described as being 5’6″ tall, weighing 130 pounds with blue eyes and long brown hair and glasses.

She has several tattoos, including a flower on her arm, one that reads “It’s in our nature” on her right bicep and a Winnie the Pooh tattoo on her ankle.

Anyone with information about Ms Otero’s whereabouts is asked to call Oceanside police at (760) 435-4900.