Skip to content
Home News Santiago Niño: “Brexit will really be seen when the virus stabilizes” | The Window | The numbers window 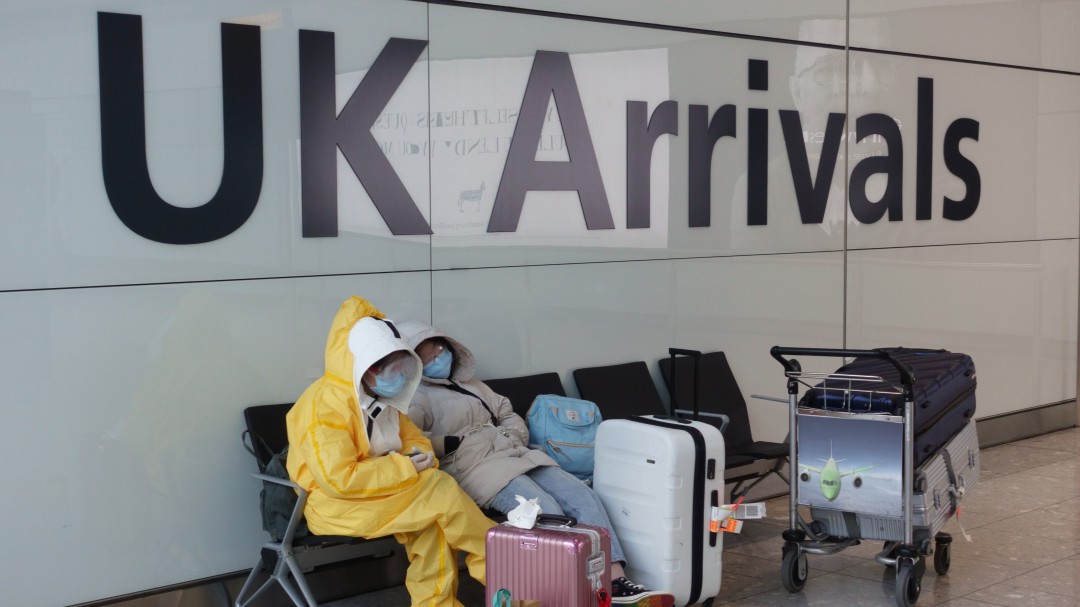 The departure of the United Kingdom from the European Union, in 2020, was the central issue in the British press for only two months, until the coronavirus reached Europe in force and took its place. Since then, coronavirus and Brexit have made life difficult for the British, who are facing shortages, lack of workers in some sectors and a migration crisis that only makes all these problems worse.

In The Window of Numbers we wanted to analyze what is the biggest current problem for the island’s economy, the coronavirus or its departure from the European Union? For Santiago Niño, our economics expert, the answer is not clear.

“Now everything has been distorted by the virus,” he confesses, “but I was surprised that between the time that Brexit occurs and the time that the virus arrives, the UK’s GDP did not fall, unemployment did not increase. , and the price of housing does not plummet ”.

Both sides, in favor of leaving the United Kingdom and against it, attribute the problems facing the island to different factors. For some, the lack of transport workers, among other sectors, is a consequence of the change in migration policies, which greatly hinder the arrival of less qualified workers from other countries, those who have traditionally held these positions. For the ‘pro Brexit’, these difficulties are global, and are due to the havoc caused by the pandemic.

“I believe that what Brexit will really be will be seen when the issue of the virus stabilizes,” he concludes. Also in Spain, says Niño, “there is a feeling of general malaise” with regard to the economic situation.

In Spain, GDP rises but the economy does not recover

It would be a mistake to equate the economic recovery to the Gross Domestic Product (GDP): “Well, yes, GDP is rising, but then there is underemployment, stuck wages, loss of purchasing power caused by the increase in prices, the whole chain of annoyances that cause the demands … “

“So you say ‘well, yes, GDP is growing’, but this growth is not benefiting everyone equally,” he explains.

Also in the United States there are changes in the labor economy. In September, just over 4 million workers left their jobs, a figure similar to the previous months, a phenomenon that has been called the Great Resignation.

Niño gives an explanation of what is happening in the American country: “Virtually all Americans have found three checks totaling $ 3,000”, the so-called ‘stimulus checks’ that the government has distributed to its citizens based on their income , to stimulate the economy.

“This has made them reconsider, they are in a situation in which they were very unhappy with their work, and they have stopped to think and have said ‘I will retire for a while, a few weeks, and see if I can find something else'”.

Most of the workers leaving the market had reached a point of no return: their occupations imposed a psychological, and even physical, toll on them, which they no longer seem willing to pay. The phenomenon has been called ‘the Great Resignation ‘ https://t.co/mygpYisTFW

In a country with a work culture like the United States, where rights such as maternity or paternity leave, paid vacations of more than two weeks or days off due to illness are seen as a rarity, dissatisfaction is on the rise.

“The United States Department of Labor produces a statistic of discouraged people in their workplace, healthy people who could work but are losing their grip,” explains Niño, “it is a figure that is already close to 3% of the workforce.”

It is evident, he believes, that the coronavirus has precipitated changes in the labor dynamics of more than one country, and it is that the virus, he concludes, “has put things on the table that were there, but were covered.”