Skip to content
Home News Sanna Marin: “Joining NATO is not on the agenda, but it is a future possibility” | International 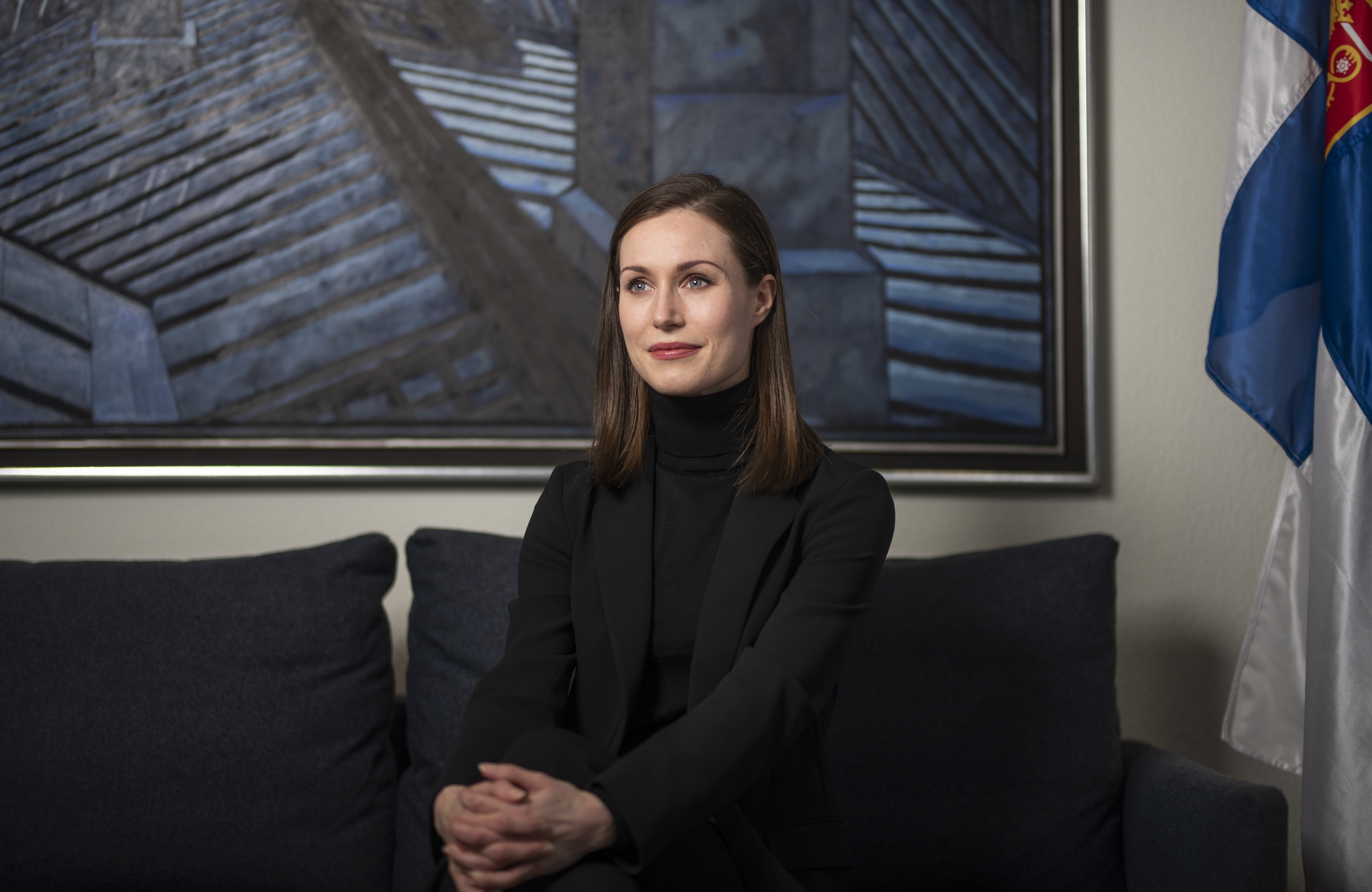 The youngest head of government in the world arrives radiant in the room. Sanna Marin (Helsinki, 36 years old) comments that being the Prime Minister of Finland is a “major challenge, especially in times of pandemic”. The Social Democrat, who leads a coalition of five parties, highlights that her country has become a good example of how fundamental the search for consensus is with different political formations. The president receives EL PAÍS a few hours after meeting with the president of Spain, Pedro Sánchez, with whom she exchanged points of view on energy prices, the migration issue or the threat from Russia —from which Finland became independent in 1917 — to Ukraine.

Ask. In recent weeks, the debate on a possible NATO membership has been revived. Even some members of the Green League have been in favor. Will we see Finland join the Alliance?

Answer. We are not discussing that possibility right now, but we do hold the option to do so in the future should we decide to do so.

P. [El secretario general de la OTAN, Jens] Stoltenberg said on Monday that Sweden and Finland are the two main partners outside the Alliance. Is it relevant to maintain the current degree of cooperation?

R. Of course. In recent years, we have become very close to NATO, and our main security framework is that of the EU. I think it is very important that the European strategic compass on security is negotiated.

P. Are you in favor of the creation of a European Army as you defend [el presidente francés, Emmanuel] Macron?

R. It is essential that we consider all the possibilities. We have advocated closer cooperation between member states on defense matters, but there are many details that still need to be negotiated.

P. After years of talks, Helsinki agreed in December to purchase from the United States 64 units of the most modern fighter in the world (the F-35), a very high figure for a European country of 5.5 million inhabitants. Do they feel threatened by Russia?

R. Geographically, Finland is a large country. We need a fleet of aircraft that guarantees security throughout our airspace. We are going to renew the old American fighters that we had, and that is a decision that had been taken before the recent escalation with Russia. For us it is essential that we have the ability to defend ourselves.

P. In addition to sharing a border of 1,340 kilometers, Russia is one of its main trading partners. How have the sanctions imposed on Moscow since 2014 affected you?

R. Moscow’s countermeasures have affected us. However, our commercial relations continue. The important thing is that the Union is united to give a forceful response if Russia goes further in its aggression against Ukraine.

P. In recent months, as in most EU countries, energy prices in Finland have skyrocketed. And a worsening of the relationship with Russia could make it even more expensive. Is it willing to reshape the community price setting model as France and Spain have advocated?

R. I think the main problem is the dependence on fossil fuels that come from abroad, especially from Russia. We would not have such high prices if we had addressed this issue 15 years ago. We should have invested in renewables long ago. We strongly support an energy transition, but we do not believe that it is necessary to rush and modify the current energy market, which could have worse results than expected.

See also  I was red-pilled at CPAC

P. In order to undertake the energy transition, many southern European countries are demanding a relaxation of the EU’s fiscal rules. What is Finland’s position?

R. I think it is key that countries have the ability to invest in green and digital transformation, but there is still a lot to negotiate around deficit rules.

P. His government survived a question of confidence from the conservative opposition in October over his immigration policies. And in Denmark, the Social Democratic Executive advocates reducing asylum applications to zero. Will you maintain your commitment to the right to asylum?

R. We respect the legislation and international treaties that contemplate the right to request asylum. But we also need to be able to deal with new threats, like the ones we have seen on the border between Poland and Belarus, where Belarus has used migrants to launch a hybrid attack. This cannot be tolerated, and it is a situation that we have also seen on the border between Turkey and Greece. We must be pragmatic and be prepared to react to these threats.

P. The United Nations Sustainable Development Solutions Network considers Finland the happiest country in the world. What is the formula?

R. The first thing is that I think it is very difficult to measure the degree of happiness in a country. But the key is our Nordic model of the welfare state. All citizens have the opportunity to prosper, all children start from the same level. Education is free and of quality, and it is essential that young people believe that they can achieve their dreams. We also have a good health and social protection system. And another main reason for the success is the confidence of our society in the Government, in the institutions and in the rest of the citizenry.

P. His Government has set a goal for all citizens to have a home by 2027. Is it an attainable goal?

R. I think it is a fundamental question. If someone does not have a house, it is almost impossible for him to solve other difficulties. We are working very closely with the city councils of the main cities to tackle the problem as soon as possible.

P. Finland has the lowest number of deaths from coronavirus per 100,000 inhabitants in the entire EU. But in the last four months, despite the vaccines, almost half of the deaths have been recorded. What has happened?

R. The reason is [la variante] omicron Fortunately, it appears to be less severe than previous strains, but cases have skyrocketed and this has inevitably had an impact on the number of deaths and hospitalizations, especially among the unvaccinated.