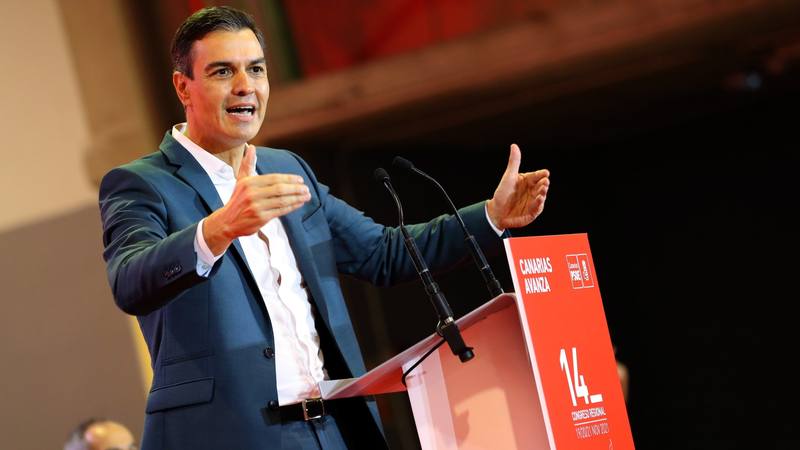 The President of the Government, Pedro Sánchez, has reiterated his confidence in the two basic pillars of the Government’s strategy against COVID-19, “mask and vaccination”, to keep the epidemiological situation under control, so it is not considered for the moment adopt new measures.

Sánchez has said that a year ago it was not conceivable that currently the 89% of the population over 12 years of age were vaccinated or that spaces such as schools have been “reconquered” to the virus.

The President of the Government added that it is currently observed that the Cumulative incidence rises again, but “well below other parts of Europe“, which is why he has asked that the strategy he has focused on” vaccination and masks “be trusted, since they have demonstrated their effectiveness.

According to daily reports from the Ministry of Health, the vaccination campaign has managed to attract half a million undecided since last October 1: 79% of the population already has the complete guideline and the percentage rises to 89% among those over 12 years of age.

But there are still 3.9 million people in Spain who have not received any dose And, given the rise in infections, several communities are considering requiring the COVID passport for different activities, from catering to hospital visits. Although the figures are still far from those recorded in other European countries, they are on the rise.

The mask, a “fantastic weapon” to fight the pandemic

In statements to the station RAC1, the CSIC virologist and researcher at the Severo Ochoa Margarita del Val Molecular Biology Center has opted for the use of masks outdoors at least until the end of January, before the foreseeable Christmas crowds. Along with vaccination, which in Spain “has been exemplary”, the mask is a “fantastic weapon” to fight the pandemic, Del Val insisted.

According to data from the Ministry of Health, Navarra has the highest cumulative incidence at 14 days, with 311 cases per 100,000 inhabitants, although this Saturday the provincial community has reported that in the last day the number of positives was considerably reduced (206 new cases, compared to the 274 that they added on Thursday) and that it has also dropped from 8.2% to 6.6% the positivity rate.

The Basque Country is also well above the accumulated national incidence, with 236 cases, while Ceuta, Extremadura and Asturias show the best data on that gauge.

Proof that the pandemic is still active are also two general provisions of the Ministry of the Interior published this Saturday in the Official State Gazette (BOE). The Border crossings that separate Ceuta and Melilla from Morocco will remain closed until “further notice” and the temporary restriction of non-essential trips to people from Indonesia is lifted, but they are imposed on those from Singapore and Ukraine.

In another vein, the President of the Government has announced “a historic investment” of 615 million euros in Tourism Sustainability Plans, which benefit destinations and their offer, as well as companies “that make Spain a leading country in tourism “.

Measure will be approved in the next Council of Ministers, has informed the Presidency of the Government in a statement.

“Spain is a world leader in tourism and we want it to continue to be. For that, we must bet on the modernization of the sector and for sustainable tourism “, stressed the Chief Executive.

See also  Prediction for Borussia Dortmund vs Rangers: Gers will get chances against leaky Dortmund rearguard

“This initiative is part of the Government commitment to make European funds reach all Spaniards to achieve a fair recovery, “said the note.