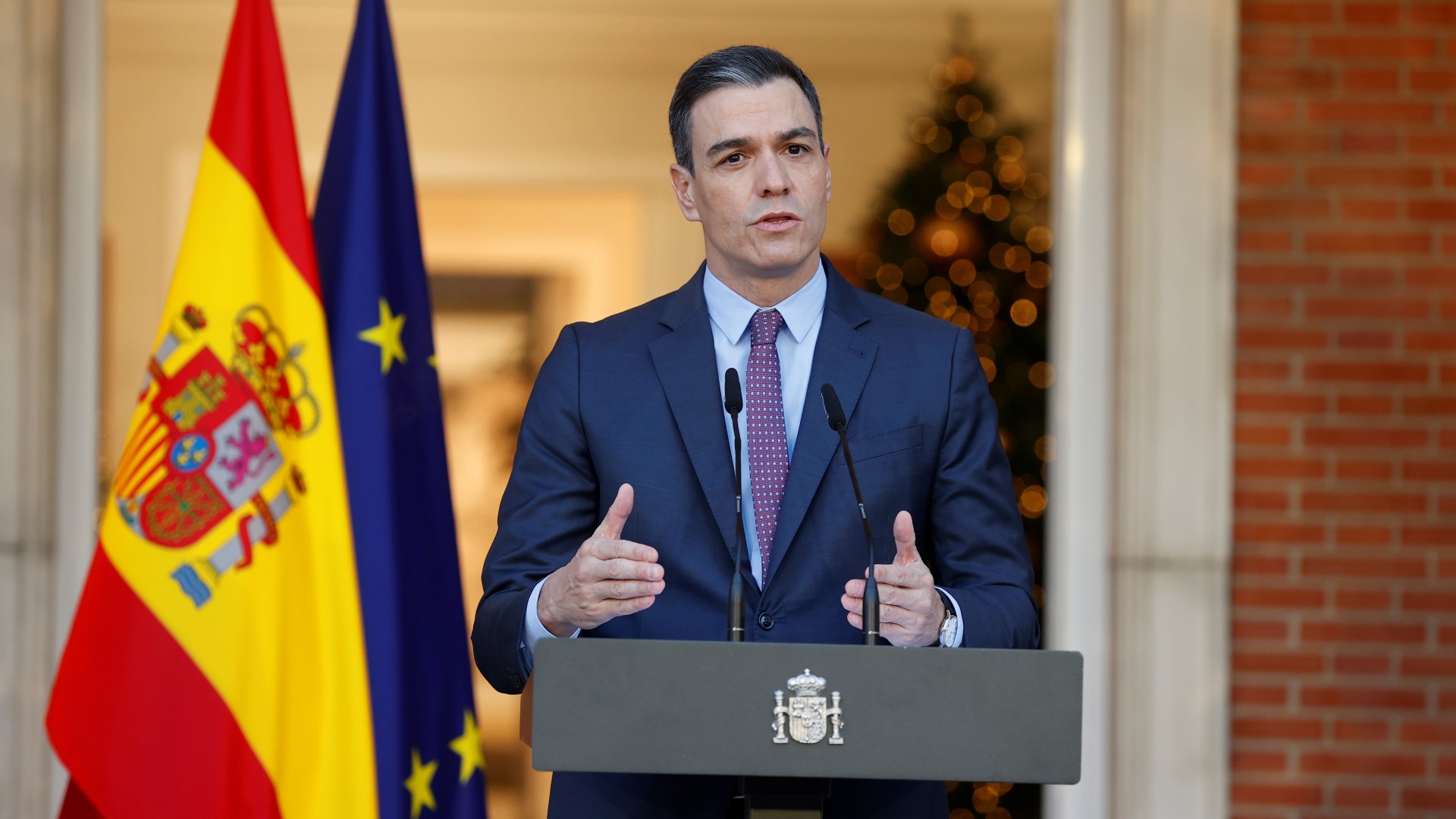 The president of the Government, Pedro Sanchez, thanked the outgoing Minister of Universities, Manuel Castells, his “dedication” during the two years of his tenure, he has shown his “Admiration” and has highlighted his “spirit” before participating in the Council of Ministers meeting, the last one for Castells. It has also confirmed that Joan Subirats will be his successor in office after the resignation of Castells for health reasons. And it has endorsed the trajectory of the one who will be the new minister.

“I want thank the work and dedication of Manuel Castells these two years. The admiration I already felt for him is even greater after seeing him work in the Council of Ministers, ”Sánchez said on the steps of the Palacio de La Moncloa in a statement to the media.

The outgoing minister has also highlighted his “Cosmopolitan vision” of the universities and their “Such wide experience” who has “enriched university politics” in Spain, having been a researcher and sociologist “with a undoubted baggage inside and outside ”of Spain.

He also pointed out that the outgoing minister, “in such difficult times for the university as a result of the pandemic, and for teaching,” has developed a policy of “support” with important measures and with scholarships young university students.

You then underlined his “spirit”, his “good tone, capacity for dialogue and thoughtful character”: “They make him worthy of my recognition.” That said, it has shown him his desire for “maximum success” in his new life.

The “enormous academic work” of Subirats and his “political experience” stand out.

After his mention of Castells, Sánchez highlighted the Subirats trajectory What professor of Political Science and Administration at the University of Barcelona and his various responsibilities in the academic and political sphere, specifically, he recalled that he held the Principe de Asturias Chair at Georgetown University as a visiting professor. And he has praised “his teaching experience” and “research”, with “numerous publications that cover multiple areas”.

“His enormous academic work is joined by his political experience” at the head of the Department of Culture in the Barcelona City Council, Sánchez continued, who has quoted the words of the new minister published this week on his Twitter profile.

“My ✍️ in @eldiarioes People feel more vulnerable, they are more afraid in relation to the future. Faced with these emotions, we need a less technocratic and delegative policy, more protective, close, capable of empathizing with the hardships of the day to day https://t.co/ht4wd8tzu1“

“People feel more vulnerable, they are more afraid in relation to the future. Faced with these emotions, we need a less technocratic and delegative policy, more protective, close, capable of empathizing with the hardships of the day to day, “said the future minister.

Calls for a policy of “good manners”, “serenity” and “responsibility”

The president of the Executive has shown “Convinced” that his presence in the Government will help “contribute to that way of doing politics”. A policy, he said, of “closeness, empathy, dialogue” and “respect”, which “must continue to be the maxims of the Government” to “dignify politics” and “strengthen institutions.”

Sánchez has pronounced himself like this a day after the Government sees the PP “unhinged” after a very bitter confrontation between both parties, with a debate in the Congress of Deputies marked by the twitching, which has set both parties on fire in mutual reproaches.

In this sense, he has continued to highlight the “Good manners, serenity and responsibility”That must have the representatives of the institutions.

“The objective of the Government remains the same,” he concluded: “To ensure that Spain has a fair economic recovery, overcome the pandemic and return Spain to the path of stability in order to consolidate that recovery.” “The work carried out by Castells has contributed to all of this and I am convinced that Subirats’ work will serve to continue on that path that is so convenient for the country,” he concluded.

Castells, second minister of United We Can, who leaves the Government

Professor of Sociology, Castells is the second minister of United We Can who leaves his responsibilities executives, after the departure of Pablo Iglesias in April of this year. After Iglesias left, Sánchez completely remodeled his Executive last summer, although only in what affected socialist ministers.

His replacement in the portfolio, which corresponds to the quota that ‘the commons’ have, will be assumed by the former Councilor for Culture of the Barcelona City Council, Joan Subirats, one of the people of full confidence of the mayor Ada Colau and the Catalan confluence of United We Can. And it is that Subirats, together with Colau and the current president of the parliamentary group of United We Can in Congress, Jaume Asens, of the Guanyem Barcelona platform, are the germ of the ‘commons’. In this way, the future minister has a high valuation among the commons and presents a “more political” profile and his election has been in line with Vice President Yolanda Díaz.

Meanwhile, Castells has been the promoter of the Organic Law of the University System (LOSU) and the University Coexistence Law, which will repeal a Francoist decree of 1954. Both reforms will now have to be assumed by Subirats. With Castells, several royal decrees have also been approved, including the one that includes the new requirements for the creation of universities.

See also  Four teens who stabbed and shot dead schoolboy, 15, outside his home jailed for life