Skip to content
Home News Sánchez takes his chest out of the pension agreement: “We redo everything that the PP destroyed” | Politics 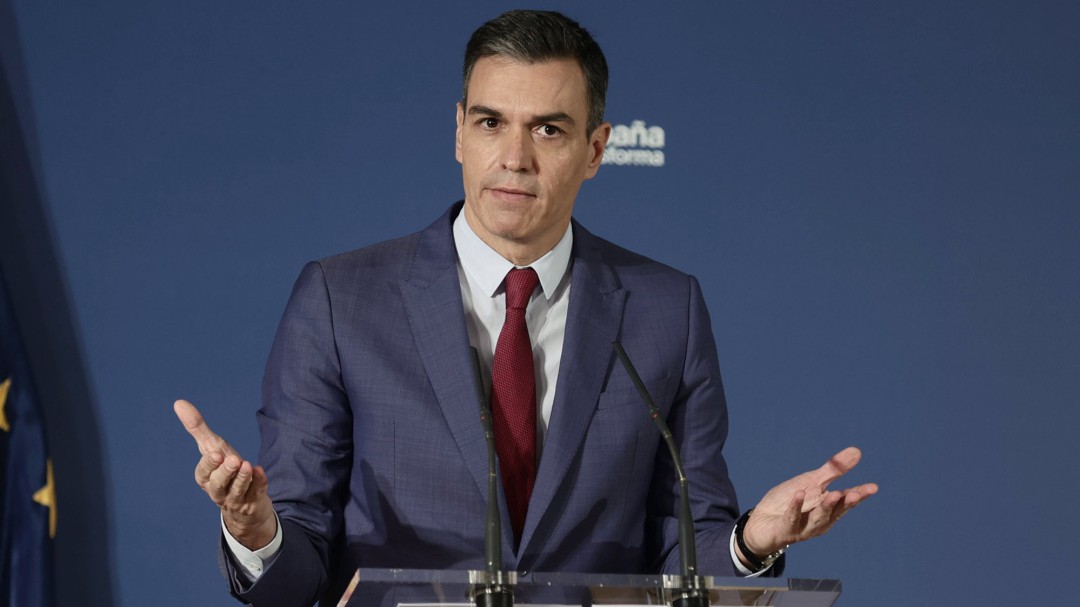 After less than 24 hours since the new proposal by the Minister of Social Security, José Luis Escrivá, who has had the support of the unions but not the employers, who abandoned the negotiations, President Sánchez has defended the measure before the Senate.

The minister himself acknowledged this Monday on the microphones of Hora 25 with Aimar Bretos that the CEOE “has not made a single proposal” and Sánchez has picked up the witness in the Upper House in the face of criticism from the opposition, who accused him of “being crushing middle class”.

Thus, the socialist leader has responded to the popular: “With the agreement reached on pensions we redo everything that the Popular Party destroyed. The intergenerational equity mechanism will allow us to fill the piggy bank that the PP emptied, ensure the revaluation of pensions that the PP cut back and shield the public system “.

Criticizes the candidates proposed to the Judiciary

On the other hand, Pedro Sánchez has reproached the PP for his “cheating” with the depoliticization of Justice, by suggesting for the Constitutional Court two candidates “quite close” to Pablo Casado and María Dolores de Cospedal, and has demanded that he renew the Council General of the Judicial Power.

Last Thursday, the plenary session of the Congress of Deputies endorsed four candidates for magistrates of the Constitutional Court (with the controversial profiles of Enrique Arnaldo and Concha Espejel, proposed by the PP), as well as six members of the Court of Accounts and Ángel Gabilondo as Ombudsman, after an agreement signed between the PSOE and the popular with the approval of United We Can.

See also  CatVers: The Government promotes a metaverse in Catalan without specifying the budget or the interested companies | Catalonia

In the plenary session of the Senate this Tuesday, in response to a question from the Citizen’s spokesperson, Miguel Sánchez, the President of the Government has defended the “obligation” of the Executive to “save the agreement” to renew these bodies and thus “comply with the Constitution and the mandate of the law “.

“There has been controversy in relation to two candidates, a man and a woman, quite close to the leader of the PP and the former general secretary of the PP,” he said in reference to Arnaldo’s ties with Casado on the one hand, and Espejel with Cospedal , on the other, two profiles that he has once again recognized that he does not like them.

For this reason, he added, “if something has become clear, it is that this was a fraud about the depoliticization of Justice by the PP.”

Request the unlocking of the CGPJ

In addition, Sánchez has denounced that the General Council of the Judiciary (CGPJ) has been “blocked for more than 1,070 days,” for which he has blamed the PP, who he has also blamed for the blockage suffered by the other organs.

“It has become clear, given the speed in the unblocking and the agreement in four institutions that remained blocked, that the one who was blocking was the PP. As soon as the PP opened up to be able to renew those constitutional bodies, the Government, a socialist parliamentary group and the United Nations We can reach an agreement, “he said.

For this reason, Sánchez has asked the representatives of the PP to “assert their word, comply with the Constitution and renew the General Council of the Judiciary.”

In this regard, he insisted that “at a time of economic, social and health emergency, if we political groups have to do something, it is precisely to promote this renewal to strengthen the architecture of our democracy and therefore the institutions.”

For his part, the Citizens’ spokesman in the Senate has reproached the Prime Minister for having “divided” positions of constitutional bodies “in a dark room” with the PP.

“They do not care about the outrages of the rival as long as they put their own with a shoehorn,” he lamented, while indicating that Citizens defend the renewal with the criteria of “merit and ability”, and not of “compadreo and affinity “