Skip to content
Home News Sánchez guarantees that he will exhaust the legislature and takes stock of 2021: “We are better than a year ago” | Politics 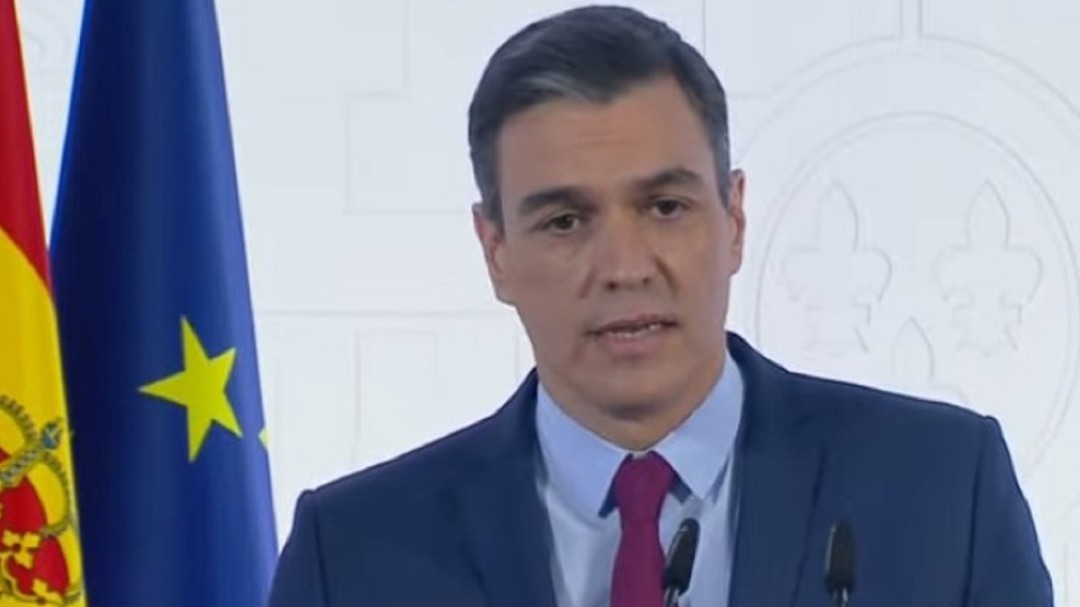 The President of the Government, Pedro Sánchez, has appeared this Wednesday at the Moncloa Palace to take stock of the year and give an account, for the third time, of the report Fulfilling. In this legislature, Sánchez launched a new unit that, every six months, allows him to present a report in which he exposes his management at the head of the Executive.

The chief executive has estimated at 42.7% the fulfillment of the 1,841 commitments that he assumed at his inauguration two years ago. Sánchez has given this information in the appearance before the media to make a political and economic balance of the year that ends.

In the opinion of the President of the Government, the “resounding” conclusion of these data is that, despite the pandemic and the difficulties of these two years, the Executive “is moving forward and fulfilling its roadmap and fulfilling its commitments.” According to the report on the execution of the Government’s promises, validated by experts and academics, of the total commitments, during 2021 19.3% of the global commitments have been fulfilled.

Sánchez has guaranteed during his speech that he will exhaust the legislature thanks to the approval of the 2022 Budgets and has made an optimistic balance of 2021: “We are better than a year ago.”

In general terms, the President of the Government has been satisfied with the advance of vaccination and the pact for labor reform: “Thanks to the social agents for their great sense of state.”

The chief executive has assured that 2021 exemplifies that “you can get out of the crisis by expanding rights” as evidenced by the social shield “that makes Spain recover more strongly today.”

It will exhaust the legislature

Sánchez has ventured to “guarantee compliance with the legislature” and has claimed that “the Government is giving this legislature an unprecedented reformist and modernizing impulse.”

The president also recalled that 2021 has been the year of the arrival of EU aid to face the economic recovery: “If we have received these funds first, it is because Europe knows that Spain complies.”

At this point, Sánchez has asked the president of the Popular Party, Pablo Casado, “to always speak well of Spain” in the European Union. “Stability is what Spain demands in very troubled years” and “what it needs to overcome the pandemic”, and that is why it promised “political stability, ending the legislature.”

The president has demanded “the strengthening” of the country “each one from his responsibility.”

Asked if he can guarantee that the labor reform will not be touched upon in Congress, as the employers have demanded, Sánchez has limited himself to saying that “the legislature must respect the labor reform.” “Common sense is for the government to defend that agreement and ask the chamber’s forces to defend it as well,” he said.

The other issue that the Chief Executive has had to explain is the commitment that Spaniards will not pay more for electricity this year than the previous year. Sánchez considers the commitment to be fulfilled since, as he explained, his Government has compensated for the rise in electricity costs, lowering taxes.

The President of the Government has announced that it will be this afternoon when a decision is made on the duration of the quarantines. Health and the communities will address in the interterritorial council the update of anticovid measures in mass sporting events in the face of the constant increase in infections in the sixth wave and will also put on the table that cut in quarantines, a measure that will have to be approved by Health Public at the request of the alert presentation, which also finally meets this Wednesday.

“Today the meeting of the alert presentation is taking place and we are going to wait and see what the technicians tell us,” he has advanced.