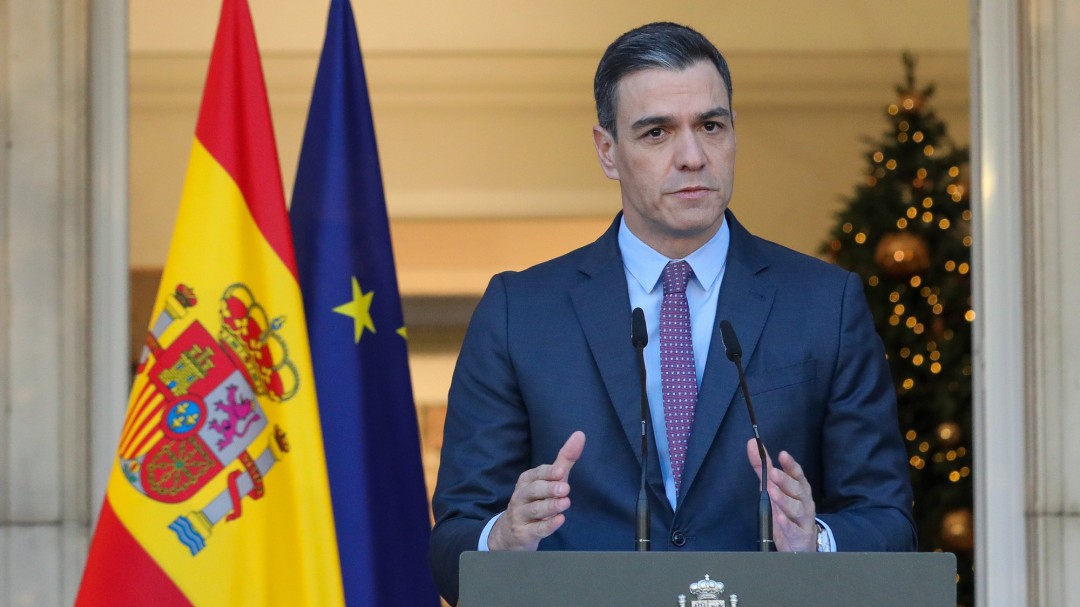 The President of the Government, Pedro Sánchez, will convene this next week a Conference of Presidents to address the sixth wave of the pandemic in the face of the increase in coronavirus infections on the eve of Christmas. Spain entered a very high risk this Friday by registering an incidence of 511 cases per 100,000 inhabitants with a daily record of positive cases, which were 33,359.

The objective of this Conference is to reinforce co-governance and institutional cooperation with the different autonomous communities. After a week in which some communities have decided to require the COVID passport in hotels and events due to the increase in infections, there is still no unanimity when it comes to establishing the restrictions.

While Andalusia, La Rioja, the Balearic Islands, Galicia and the Basque Country have joined Cantabria, Navarra, Aragon, Catalonia, the Valencian Community, Murcia, the Canary Islands and the Balearic Islands, inland Spain (Castilla y León, Community of Madrid, Castilla-La Mancha and Extremadura ) have not even requested the endorsement of the Justice.

In addition, the occupancy in hospitals and ICUs is increasing and although we are far from the levels of the previous year, a new health collapse is feared. Occupancy in ICU is 14%, but with marked differences by communities. In some territories with higher ICU occupancy, they remain at very high risk: Catalonia (24.7%), Basque Country (22.5%), Navarra (19.4%), Castilla y León (18.7%) or the Valencian Community (17.7%). In all of Spain there are 6,488 hospitalized patients (with an occupancy of 5.2%), 1,245 of them seriously ill.

Despite the high vaccination coverage in Spain and with the reinforcement campaign underway, the omicrón variant continues to expand and in a few months it will be predominant, according to experts. For this reason, the Minister of Health, Carolina Darias, has called on the autonomous communities to accelerate the rate of vaccination and has highlighted the importance of the culture of care and prevention.

In the same vein, the director of the CCAES, Fernando Simón, spoke on Friday, which recognized that after two years of “very tough” measures, “it is not easy to re-implement some of them, but the population has to be aware that Spain is probably one of the countries that has managed to maintain an acceptable evolution, within of the bad of the epidemic, with long periods with relatively few restrictions “and if at any moment they were necessary,” it will have to be accepted.

At the gates of Christmas, with the contagions fired and without unanimity to impose restrictions that stop the sixth wave, the regional presidents will meet next week with Sánchez to address the pandemic and study possible measures.

The omicrón variant has also been evidenced in Europe and many countries have tightened their restrictions for fear of a new wave that will set off alarms in hospitals. Thus, France has announced that it will force health workers and firefighters to administer the booster dose of the coronavirus vaccine.

For its part, the Netherlands is considering imposing a new night lockdown and the total closure of non-essential activity and schools due to the advance of omicrón. Throughout the weekend they will decide what restrictions to impose.

How to make cheap meals: Waste-conscious cook shares simple trick to making inflation-busting snacks for less than £1 a head