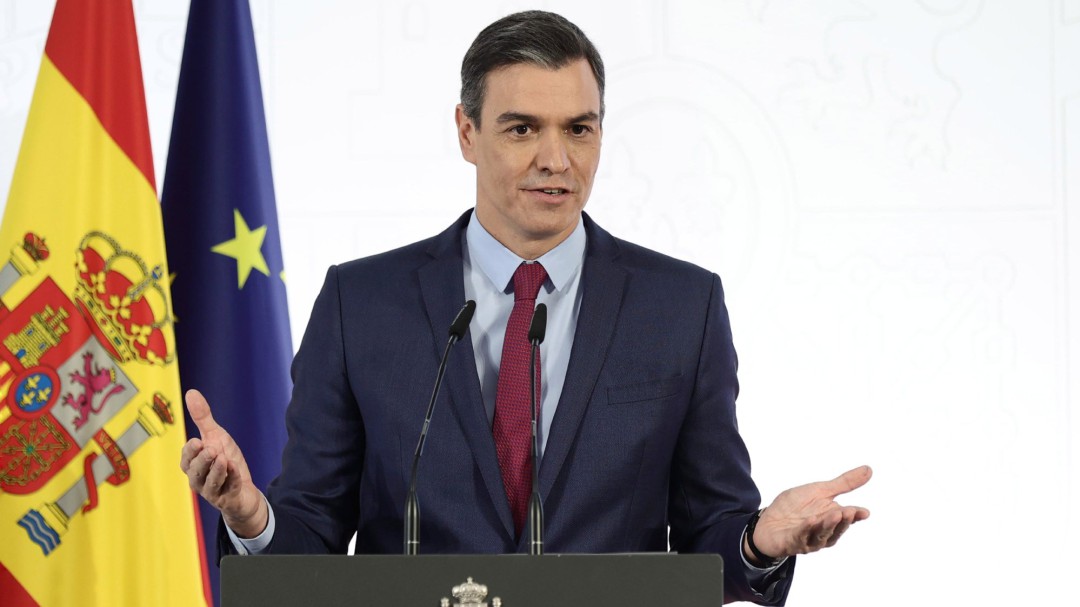 The President of the Government, Pedro Sánchez, has demanded this Friday the support of all the parliamentary groups to validate in the Congress of Deputies the decree of the labor reform, emphasizing that there is no room for impositions and everyone must give in something to facilitate it. which is “a good agreement for Spain”.

“I formally request the support of all parliamentary groups for the validation of the labor reform,” said Sánchez during the Federal Committee of the PSOE in Madrid, stressing that the agreement between unions and employers and between social agents and the Government “is a country agreement “.

“Each group will have some objection, it is evident,” he acknowledged, underlining that employers, unions and the Government also have them. But, he has warned, “there will be no agreement if we all do not give in on something” because the opposite would be “imposition”, which was what happened with the PP during its eight years of government.

In Sánchez’s opinion, if the opposition does not support the labor reform, it should explain “if it resists defending the interests of employers and workers” and “what it puts above the interests of Spain.”

“We ask all the political forces to join the agreement, to pitch in, because there are plenty of arguments and reasons to defend this agreement,” he insisted, proceeding to review some of those reasons.

In this sense, he has argued that the agreement reached “represents the vast majority of Spaniards, far above their ideologies” and that it places collective bargaining at the center of the Spanish labor model “and therefore dialogue and agreement between employers and workers and above all the dignity of working conditions “.

It is, the secretary general of the PSOE also abounded, of “an ambitious reform” that will allow addressing and tackling two of the main ills of the labor market, precariousness and high unemployment compared to other countries.

In this sense, he stressed that “short-term hiring will be penalized and permanent hiring will be encouraged.” The ERTEs, “one of the great discoveries” during the management of the pandemic, will also be refined to turn them into “structural ERTEs” that serve as an “alternative to dismissal as a form of internal flexibility.”

Likewise, he added, training contracts will be promoted, “one of the great pending tasks” of the Spanish labor market and, most importantly, “we are recovering collective bargaining, placing it at the heart of the new model of labor relations” .

The proposed reform, he pointed out, “responds to the demands that Europe has repeatedly emphasized to reduce temporary employment, to promote permanent hiring, to use internal flexibility mechanisms instead of dismissal and to improve the training of workers and to reduce the mismatch between supply and demand. “

This is also, he concluded, a “good reform because it is agreed between workers.” “We are facing a good reform for Spain to grow in economy and employment,” he stressed, praising the “sense of State” shown by social agents in this crisis.

“The PSOE defends the social agreement between workers and employers because this labor reform is a key piece to successfully achieve the main objective we have for 2022, that Spain grows more and there are more agreements,” he has settled.