Skip to content
Home News Samsung Freestyle TV projector: Price, release date, and how to get the pre-order bonus in the UK 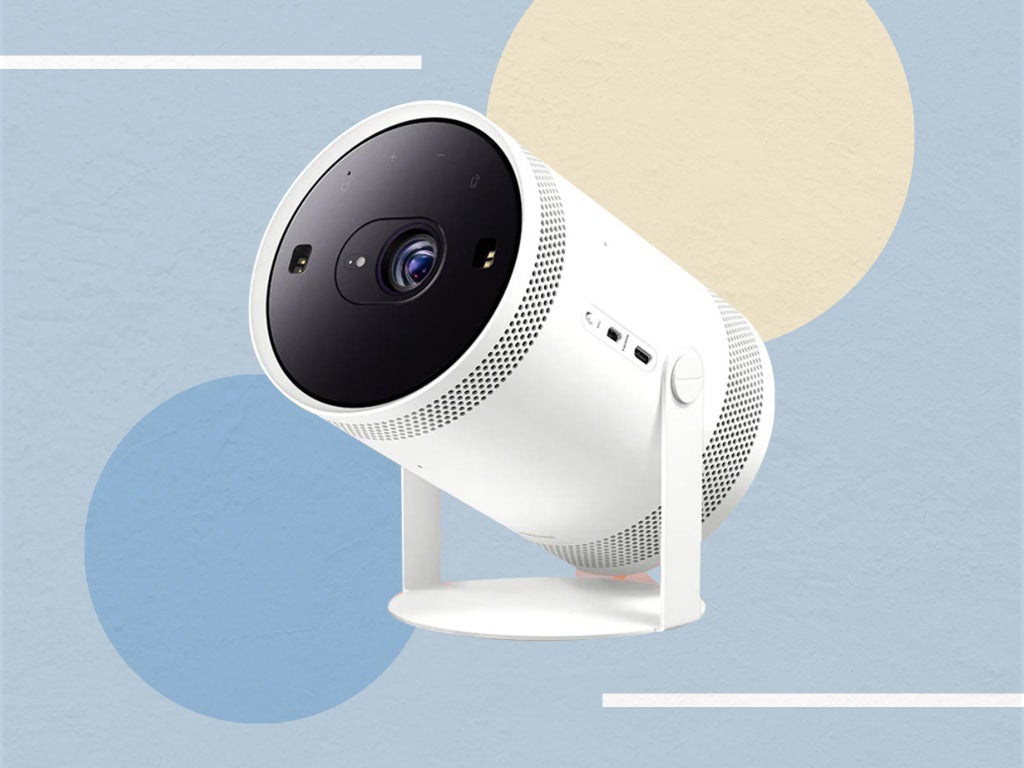 Samsung’s new Freestyle projector is unlike any other. Cylindrical in shape, it can swivel to project on the ceiling as well as the walls, doesn’t need a white screen to project onto, and works just like any Samsung smart TV. It can even attach – and be powered from – a ceiling light bulb socket.

Announced at the CES technology show at the start of January 2022, the Freestyle is intended more for TikTok binging than Ultra HD Blu-ray movie nights. It will be priced at £999 when it lands in the UK in mid-February, which is considerably more expensive than in the US, where it costs $899, or about £660. In a bid to help soften the blow to your bank account, Samsung offered a £100 discount to everyone who registered their interest in the Freestyle before it opened for pre-order.

The Freestyle can create images between 30-100in, and because it runs Samsung’s Tizen operating system, the interface looks just like that of a smart TV, complete with streaming apps like Netflix, Amazon Prime and Apple TV+.

Samsung only mentioned a US price when the Freestyle was first revealed back in January. And because it landed at $899 we thought the UK price would be in the region of £800. But no, Samsung has gone in the opposite direction and slapped a £999 price tag on its fancy new gadget. Those eager shoppers who registered their interest in the Freestyle through Samsung’s website – and did so before the UK price was revealed – will save £100, taking the price down to a still-considerable £899.

Samsung also kept this crucial detail close to its chest at launch. But we now know the Freestyle will arrive in the UK on 16 February, a few weeks after it lands in the US on 23 January.

Technology fans were able to register their interest in the Freestyle in early January, but the pre-ordering system didn’t open in the UK until a few weeks later. That system went live, but as of the start of February there’s no stock available to order. Instead, buyers can register to receive an alert when the Freestyle comes back into stock.

Those who manage to pre-order before the 16 February on-sale date will receive a free pair of Samsung Galaxy buds live earphones, worth £139.

As we mentioned earlier, Samsung previously ran a promotion where shoppers could register their interest in the projector, before its UK price and release date were announced, to receive a £100 discount.

As for the Samsung Freestyle itself, we’re looking at an unusual projector unlike just about anything else on the market today. A simple setup is promised thanks to the projector swiveling through 180 degrees for the perfect angle, plus there’s automatic picture keystoning to project squarely onto a diagonal wall, and automatic leveling and white balance, too. The latter means the Freestyle doesn’t need a white screen or wall to project onto. Instead, it’ll automatically adjust depending on the color of your wall.

The projected image can be set between 30-100in from corner to corner, and the bulb brightness is rated at 550 lumens. That isn’t particularly bright by home cinema projector standards, so we reckon buyers will be best using the Freestyle in a completely dark room for the best picture quality. Resolution also isn’t that high, at 1080p. That’s Full HD, but not the 4K Ultra HD many streaming fans will now be used to.

Similarly, sound comes from an integrated speaker with just 5W of power. Samsung claims 360-degree sound but, again, this isn’t going to be a rival to the Dolby Atmos-equipped soundbar you might already have.

But all of this shouldn’t matter because Samsung isn’t pitching the Freestyle at movie buffs demanding cinema-grade quality. Instead, it’s a fun projector that will probably be used for YouTube and TikTok more often than Netflix.

There’s an HDMI port for connecting a computer or game console, and a USB-C connection for hooking up a battery pack sold separately.

Most interesting of all is how Samsung has designed the 0.83kg projector so that it can attach to (and even be powered by) a standard E36 light bulb socket. Yes, you can hang it from the ceiling like a bulb. And to that end, there’s a lens cover that turns the projector into a decorative mood light of sorts when you’re not using it for video content.

For the latest offers on gadgets and other tech products, try our discount code pages:

Need a new machine for working from home? Have a read of our round-up of the best laptops in 2022