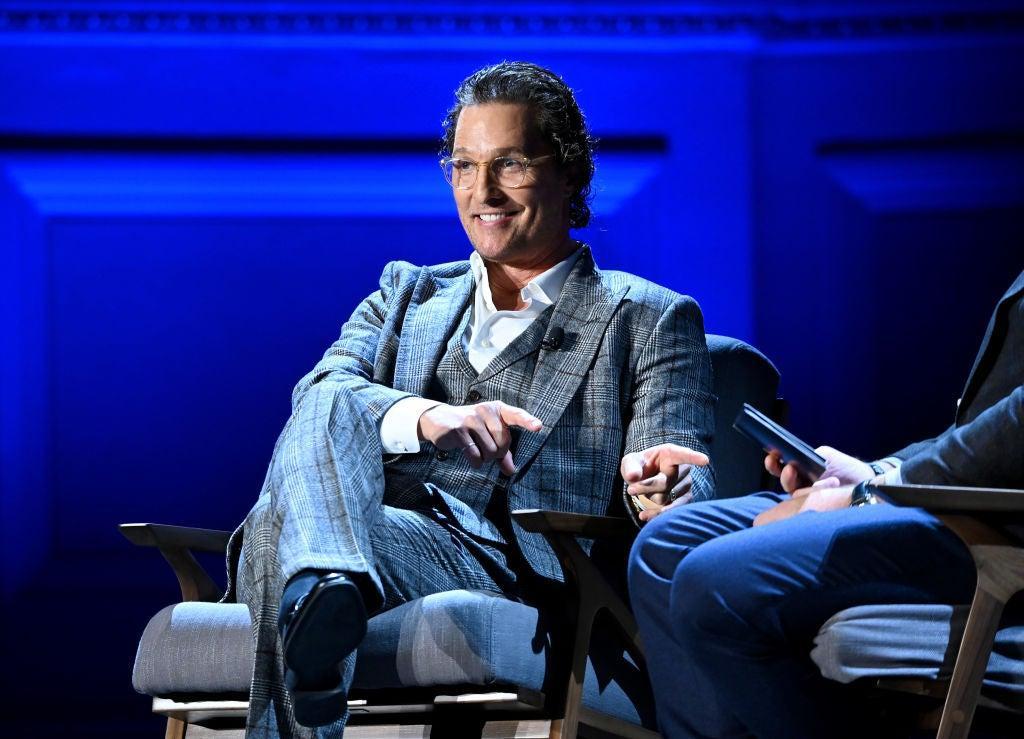 Business software giant Salesforce is mocking its fellow Silicon Valley heavyweights in a new ad that not-so-subtly suggests the founders of Facebook and Tesla have their eyes on the wrong new frontiers.

In the clip, actor Matthew McConaughey, the company’s new brand adviser, starts out as an astronaut, admiring the cosmos, before saying, “Space. The boundary of human achievement. The new frontier…Eh,” and descending to Earth in a hot air balloon.

The campaign is a pointed reference to the plans of Meta, formerly Facebook, to construct a software-driven metaverse of virtual reality communication tools, and Tesla founder Elon Musk. who has poured huge amounts of resources into an eventual goal of colonizing Mars, as well as other tech billionaires like Jeff Bezos with space ambitions.

The actor, sounding more and more like the man who was rumored to be running in 2022 for governor of Texas before deciding not to, said in a separate video that he hopes Salesforce’s #TeamEarth campaign will start a “movement of like-minded businesses” who see that values ​​are “for-profit” and the “critical currency of our human exchange, compounding assets that create a more valuable future for each of us and all of us at the same time.”

The pairing of environmentalism and software at Salesforce isn’t as strange as it might seem.

The company announced last year it had reached net-zero emissions and 100 per cent renewable energy usable, with an ultimate goal of reducing its emissions to actual near-zero by 2040. And it is a founding partner of 1t.org, a coalition aiming to restore and grow 1 trillion trees by 2030 as a means to lower greenhouse gases. It has funded over 10 million trees so far.

It also has a more direct stake in the green world: it sells Sustainability Cloud, a product that lets companies keep track of their climate initiatives.

Meta, for its part, isn’t exactly sitting on its hands. In 2021, it also announced it had become net-zerowith plans to expand that standard across its supply chain by 2030. The company is also one of the largest buyers of renewable energy in the world.

Ironically, Tesla, the only company alluded to in the advert directly involved in making renewable energy tech, is among the hardest to pin down on its emissions.

The company says a full accounting of enterprise carbon emissions are due in its next impact report, lagging behind disclosures from other competitors. The company has announced in 2021 it will power all of its supercharger electric car charging stations with renewable energyand its 2020 impact report, the most recent, says its vehicles and home solar technology helped keep 5 million metric tons of CO2e out of the atmosphere.

Of course, no matter how close these companies get to net- or true-zero emissions, the world economy needs to vastly change in the coming decades to avert the worst damages from the climate crisis.

And numerous tech companies like Amazon and Microsoft have been criticized for rolling out ambitious sustainability efforts while still working with fossil fuel companies.