Skip to content
Home News Salaries: Who gives me back my purchasing power? | Business 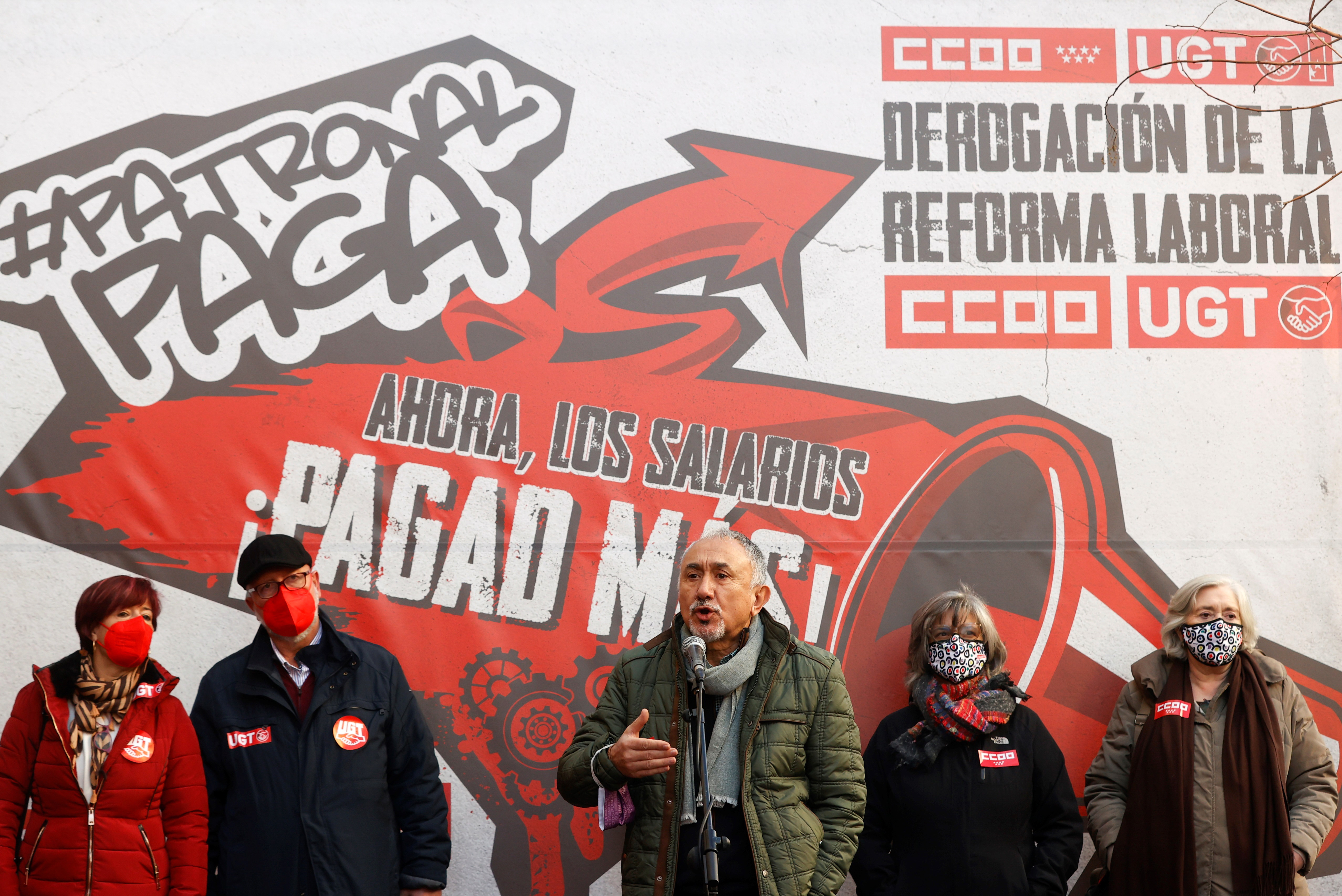 Another year of loss of purchasing power for the Spanish. The companies are not for the work that wages rise as inflation evolves, which last November climbed to 5.6%, a figure that had not been seen since 2012. With rare exceptions, next year salary reviews will not be they will look nothing like the rise of the CPI. And this worries the citizens and also the unions, which last Thursday took to the streets to demand salary increases.

The workers’ representatives want the paralysis of the negotiation of the agreements to be unblocked. Data from the Ministry of Labor and Social Economy show that in the first 11 months of this year, 785 collective agreements have been signed, 594 for companies and 191 for a higher level, as well as 159 corresponding to new bargaining units. It is a figure even lower than that of 2020, when the covid paralyzed the economy and the negotiations of companies and unions. Today with 13.5% fewer agreements sealed, the trade union centrals demand that the employer sit down with them to review wages for 2022. “There is a situation of blocking of collective bargaining. And we are no longer like last year, now the pandemic has a lesser impact on the economy, companies grow, obtain benefits and that has to be reflected in wages, if it does not generate social conflict, “says Mari Cruz Vicente, confederal secretary Trade Union Action of CC OO.

The CC OO representative points out that her union believes that reasonable increases for next year would be between 2% and 3%, more in line with the CPI forecasts for 2022, as it also trusts that the escalation of inflation is circumstantial. Of course, its intention is that the lost purchasing power can be retaken in successive years, “recovering the salary revision clause in the agreements, which currently does not affect even 30% of the total,” indicates Mari Cruz Vicente.

For its part, the CEOE employers do not even want to hear about salary increases, much less define the amounts that employers are willing to offer for 2022. Sources from the business confederation limit themselves to saying that the rise in inflation is worrying, but conjunctural, so care must be taken when approaching reviews. In addition, before negotiating them, “you have to see how the labor reform looks, which can affect collective bargaining. We have to go step by step ”, they say.

“This year there has been no framework agreement for collective agreements, and the evolution of the CPI together with the eventual labor reform that we are going to have, makes it not the best time to negotiate”, appreciates Alberto Santos, vice president of Adirelab, the association that brings together directors and professionals of labor relations. It remains to know the priority of the agreements (that is, if those of a sectorial nature will have higher priority than those of the company, as the Government claims), what will happen with subcontracting and with the ultra-activity of the agreements, Santos continues.

In his opinion, as long as these unknowns are not cleared up (it is expected that before December 31), it will be very difficult to negotiate. Santos points out that what companies are considering is to make transition agreements, which only affect 2022, while the scope of the labor reform is studied. And instead of linking them to the CPI, take into account other values, such as the sectorial evolution of prices. Afterwards, we will return to multi-year agreements. The companies that gather around Adirelab think about salary increases of around 2%, according to its vice president. And they may try to compensate for the increase in the cost of living with the reduction in working hours, “it will be one of the levers”, just like the regulation of teleworking, he assures.

The human resources consultancy PeopleMatters has just published the annual study it carries out to determine the salary increases that companies anticipate for next year. In 2022, companies will raise wages by 2.3% on average, more than half a point higher than this year, “but it is striking that it is an increase so far from inflation,” reflects Victoria Gismera, director of the company. Although it must be taken into account, Jorge Herraiz, director of Reward and Performance at AON, notes that currently only one in five collective agreements is linked to the evolution of consumer prices. Also that the loss of purchasing power adds up and continues. In the last ten years, while salaries grew 9%, inflation exceeded 12%, he adds.

However, it’s good news that companies see half as many wage freezes as last year, according to PeopleMatters. As in 2021, this year the largest increases will go to the highest positions in the business organization chart. Although in the coming year middle managers, qualified technicians and salespeople will gain more purchasing power than managers. On the other hand, entry salaries, those for inexperienced workers, decline, modifying the upward trend of recent years and reaching close to 23,000 euros per year for graduates.

Only technology and consulting companies are willing to review the salaries of their employees up to 3%, because these are companies where the recruitment of talent is as key as it is difficult, as well as in organizations that want to stop the enormous turnover of personnel that they live, as in the case of laboratory assistants, Herraiz appreciates.

Faced with this situation, there is an increase in labor unrest, as was made visible a few weeks ago with the metal sector of Cádiz. “The absence of a framework agreement is making agreements more difficult and that we have to mobilize,” admits the representative of CC OO.

Half of the wage earners are precarious

It is alarming, but the analysis of a group of academics from different universities, led by Alicante, leaves no doubt: job insecurity affects 48% of the salaried population, which combines one or more of the elements that lead to her, that is to say, temporality, salaries below 1,200 euros gross per month, atypical working hours, overqualification, and so on. “Only 28% of wage earners do not have deficiencies, it is a very worrying reality,” said Hipólito Simón, professor at the University of Alicante, in the presentation of the study. Precariousness especially affects women (54% compared to 42% of men), three-quarters of immigrants and 75% of young people. And it increased between 2008 and 2014 due to the labor reform of the PP and decreased in 2019 due to the rise in the SMI and the hourly register, Simón said.