Skip to content
Home News Salah Abdeslam: The main accused of the attacks in Paris affirms that he repented at the last moment | International 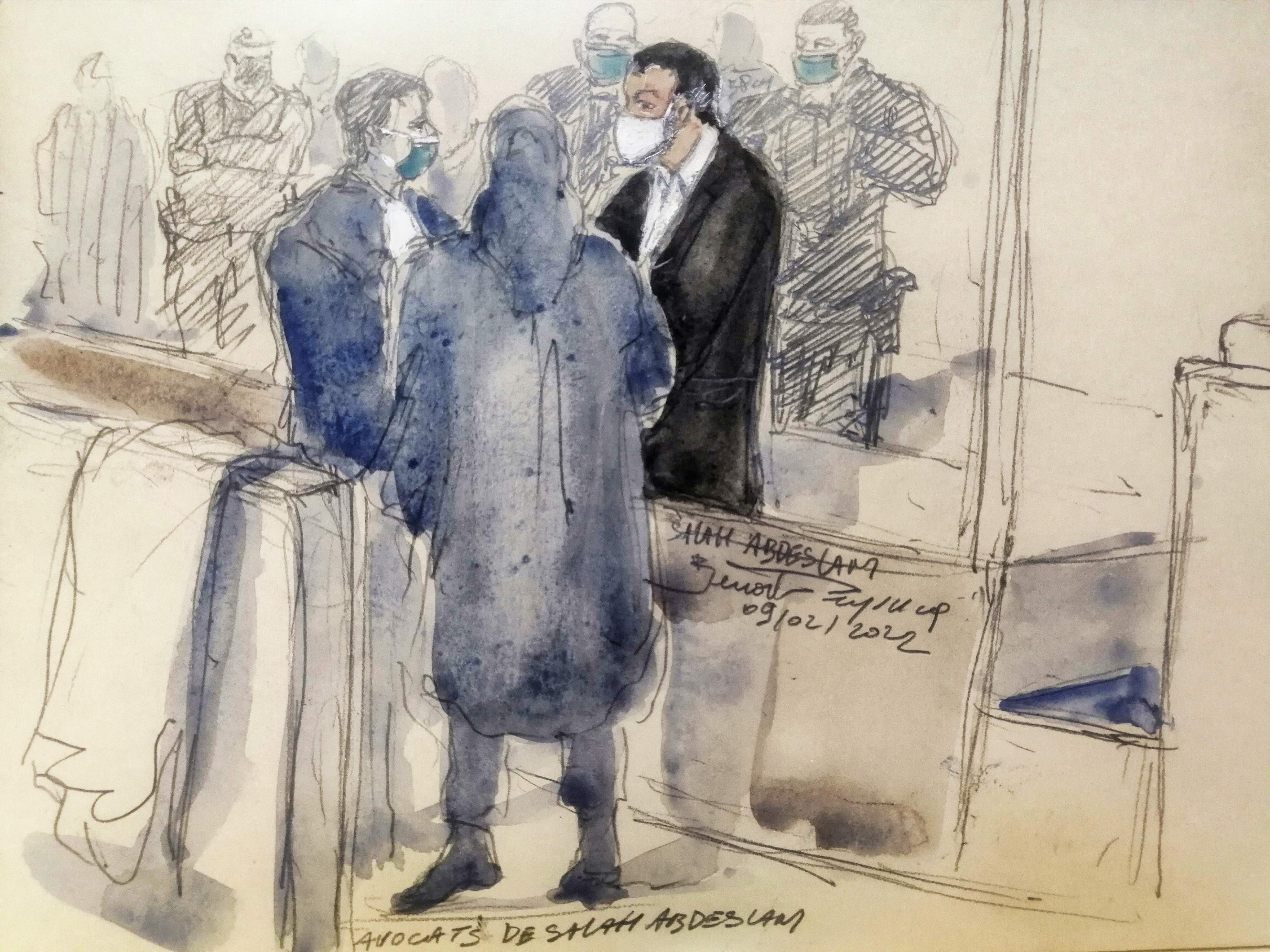 In the long judicial process underway for the jihadist attacks on November 13, 2015 in Paris, there is still a long way to go to find answers about the specific role of the 20 accused in the night that left 130 dead and hundreds injured, dozens of them in the Bataclan room. But in the first interrogation in which he delved into his radicalization and the period immediately prior to the jihadist attacks, The only terrorist who survived the terrible Parisian night, Salah Abdeslam, shed light this Wednesday on one of the main unknowns that has been hanging over those hours of horror for more than six years: did he survive because the explosive belt he was wearing failed or because he backed out at the last moment and didn’t detonate it?

The answer, which the experts had not been able to elucidate despite carefully analyzing all the evidence and trying to reproduce the circumstances, was given unexpectedly by Abdeslam himself. In a “spontaneous statement” at the beginning of two days of interrogation, he said that the fact of facing a serious sentence (life) even though he had not “killed anyone, injured anyone, not even a scratch”, as he stressed, sends the message to future regrets that it doesn’t matter if they don’t take the step, because they will be punished as if they had.

“In the future, when an individual is in the subway, on a bus or in another place with a suitcase with 50 kilos of explosives, and at the last moment they say that they want to go back, that individual will know that they do not have right to think that, because he is going to be persecuted, killed or humiliated as he is doing to me today”, he said, staring at the president of the court, Jean-Louis Périès. Hours later, he confirmed that he decided not to activate the explosives. “When you are 24 hours a day in isolation [en la cárcel], you say to yourself: ‘I should have detonated that thing.’ One says to oneself: ‘Did I do the right thing in turning back or should I have gone to the end? hard, other repentant future terrorists will end up triggering their explosives.

Abdeslam’s talkativeness at trial continues to surprise after the iron silence he maintained since his arrest in March 2016, including during his first trial in Belgium in 2018, where he was sentenced to 20 years in prison.

But in Paris he broke out on the first day of the process, in September, to proclaim that he had left “everything” to become an “ISIS fighter” and since then he has not missed a single opportunity to demonstrate, to the point that Périès has had to silence him on several occasions.

This Wednesday, however, the judge wanted to know more about this 32-year-old man who, as he said in a first interrogation about his personality, in November, had a “simple” childhood in the Brussels neighborhood of Molenbeek, where he grew up “permeated with western values. How did this kid who liked to “live like a libertine, without fear of God” end up becoming a member of a suicide squad prepared in the Syrian-Iraqi stronghold of the Islamic State? Périès and millions of French people ask themselves today. Something else, although not too much, was found out this Wednesday during a fluid and curiously polite debate between “Mr. President” and the accused that lasted several hours.

Despite his possible final regret since, although it “crossed his mind”, he did not travel to Syria (as his brother Brahim did, another of the terrorists who died on November 13), Abdeslam said he was convinced until this Wednesday of the legitimacy of the struggle of the Islamic State and justified its violence – for him attacks like those in Paris are not attacks but “military operations” that respond to the “aggressions” of France and the West – because “it fights”, according to him “to restore Islamic order.”

“The Western world imposes its ideology on the rest. In many countries, Western values ​​take precedence over Islamic ones. For us Muslims, that is a humiliation,” he stated. That is why he made his oath of allegiance to the Islamic State “48 hours before” the attacks, he declared, although he later retracted it and asserted that he had done it in his “heart”, but “without following the rules”. . Still, he insisted at another point, it is not considered a “danger to society.”

His words outraged the victims. “He wants us to believe that he is not who we think because he has not killed anyone and has not blown himself up,” said Philippe Dupeyron, president of the association 13onze15 Fraternité et verité. As he recalled it, Abdeslam “did what he did, was where he was”.

The horror began at 9:16 p.m. on that Friday, November 13, 2015 when, near the Stade de France, where a friendly Germany-France was being played in the presence of President François Hollande and with more than 80,000 people in the stands, a kamikaze blew up the explosive vest he was wearing. Soon after, phones began ringing off the hook in all French instances: gunshots and explosions had been reported in other parts of Paris, a downtown bar area and at the Bataclan concert hall.