Skip to content
Home News Salah Abdeslam: Main suspect in Paris 2015 trial attacks tells court he did not kill anyone 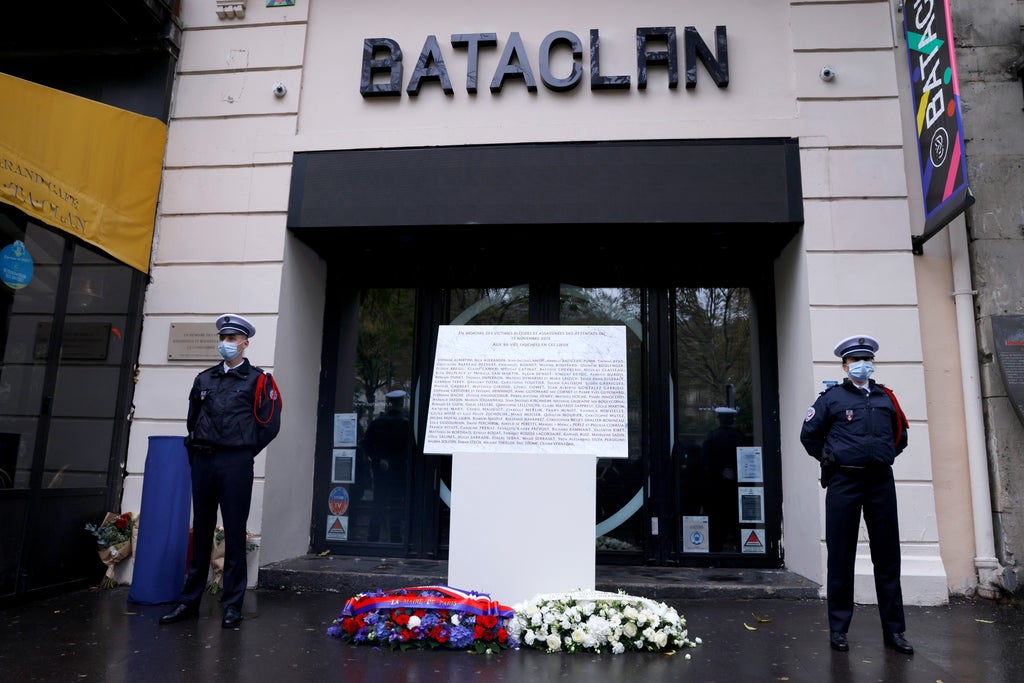 Salah Abdeslam, the main surviving suspect in an Islamist rampage that killed 130 people in attacks across Paris in 2015, has told a court in France that he had never killed or wounded anyone.

Dressed in a crisp white shirt and with two armed police standing close behind him, Mr Abdeslam told the court that the militant group had carried out the coordinated assaults to force an end to France’s military forays in Iraq and Syria.

Mr Abdeslam, 32, a French national of Moroccan origin, said that he had pledged allegiance to Isis 48 hours before the Paris attacks, the deadliest in postwar France.

Without explicitly stating what, if any role, he had played in the attacks, Mr Abdeslam said only that he had harmed no one.

“I wanted to say today that I did not kill anyone and I did not hurt anyone. Not even a scratch,” Mr Abdeslam said in a short address to the court before the judges began their questioning.

“It’s important for me to say this, because since the beginning of this case, people have not stopped slandering me.”

Investigators believe Mr Abdeslam is the only surviving member of the Islamist commando that carried out the synchronized gun and bomb attacks on six restaurants and bars, the Bataclan concert hall and national football stadium.

Investigators believe his explosive vest malfunctioned and that he fled the French capital in the hours after the attack. Among 20 defendants, he is the only one to be directly accused of murder, attempted murder and hostage taking.

Mr Abdeslam told the court he had been drawn to Isis out of compassion for the Syrian people rather than any religious views, and said the West imposed its rules and values ​​on others.

“For us Muslims, it’s humiliating,” he said.

Mr Abdeslam had largely refused to cooperate with French investigators in the run-up to his trial, and appeared at times to goad the judges from the dock.

Asked about a trip he made to Greece where it is believed he met with other accomplices, he replied that while the judges might be used to fancier trips abroad, he was simply on holiday.

Mr Abdeslam said he had never traveled to Syria and that he was not a danger to society. However, I have acknowledged that I have admired the willingness of Isis militants to sacrifice themselves daily.

Isis had targeted Paris to compel then-President Francois Hollande to end French military interventions against the group in Syria and Iraq, Mr Abdeslam said, repeating an assertion made earlier in the trial

“It’s his fault that we are here today,” Mr Abdeslam said of Mr Hollande. “If they killed civilians, it was to make an impression.”

The attacks scarred the French national psyche and shaped a long-running national debate about immigration, the balance to strike between civil freedoms and security, and the place of Islam in a country that identifies as secular.

More than six years on, those same questions are prominent in the campaign ahead of April’s presidential election.

Arthur Denouveaux, who survived the Bataclan massacre, said he wanted to understand how a person reached the point where he was prepared to wear a suicide vest.

“How do you become radicalized so quickly while going unnoticed by everyone?” he said.