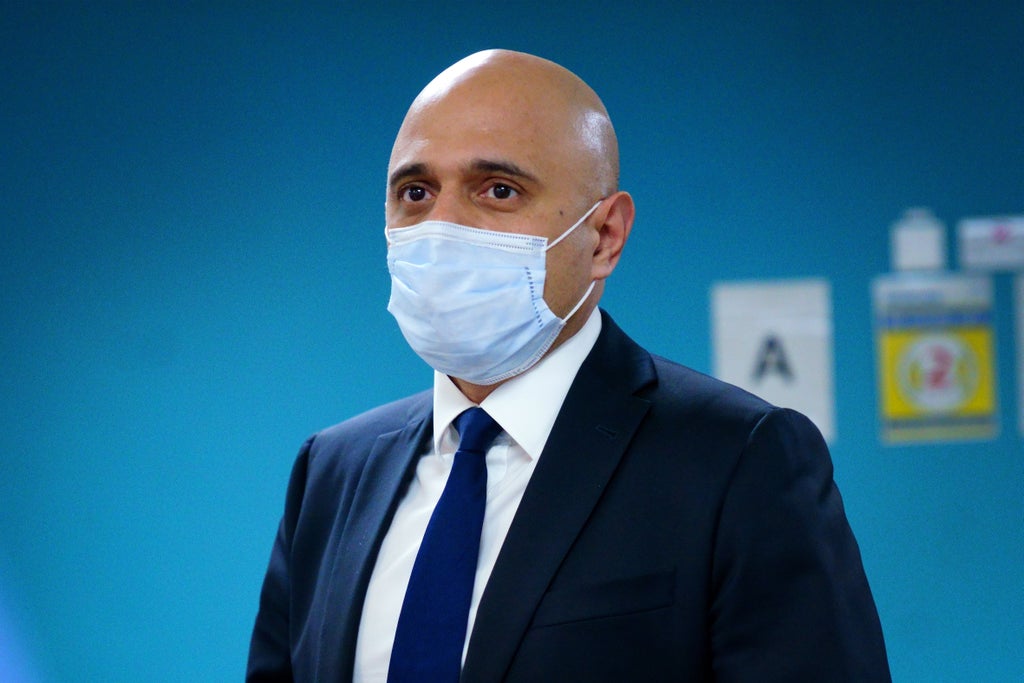 The Health Secretary has pledged to recruit 15,000 new health workers by the end of March as the Government warned the NHS waiting list in England will not start to fail for another two years and could even double in size.

Sajid Javid writing in the Daily Telegraph, said the NHS aimed “to recruit 10,000 more nurses from overseas and 5,000 more healthcare support workers by the end of March” to increase capacity.

Mr Javid earlier set out in the Commons how the NHS would tackle the backlog built up during the Covid-19 pandemic, including new targets for reducing long waits and getting people checked for illnesses more quickly.

Among the ambitions are:

– No-one will wait longer than two years for treatment by this July.

– Some 95% of patients needing a diagnostic test will receive it within six weeks by March 2025. This target already exists but is not being met.

– By March 2024, 75% of patients who have been urgently referred by their GP for suspected cancer will be diagnosed or have cancer ruled out within 28 days.

– By March next year, people should wait no more than 62 days between an urgent referral for suspected cancer and the start of treatment. This target already exists but is not being met. The new aim is to return the number of people being seen to pre-pandemic levels.

See also  COVID-19 | The omicron alert reveals the inequality in the distribution of vaccines: Africa has only vaccinated 7%

About six million people in England are on the NHS waiting list for treatment, including hip and knee replacements, cataract surgery and tests.

According to the plan, if all 10 million people estimated to have stayed away during the pandemic came forward for treatment, and activity was not increased above pre-pandemic levels, the waiting list could hit 14 million.

Speaking in the Commons, Mr Javid said 1,600 people were waiting longer than a year for care before the pandemic but that figure is now over 300,000.

“Assuming half of the missing demand from the pandemic returns over the next three years, the NHS expects waiting lists to be reduced by March 2024,” he said.

“Addressing long waits is critical to the recovery of elective care and we will be actively offering longer-waiting patients greater choice about their care to help bring these numbers down.”

The plan will focus on “four areas of delivery”: increasing health service capacity together with the independent sector; prioritizing diagnosis and treatment; reforming care such as making outpatient appointments more focused on “clinical risk and need”, and increasing activity through dedicated and protected surgical hubs.

As previously announced, some nine million additional treatments and diagnostic procedures will be brought in by 2025, while the admin burden on staff will be cut.

NHS England said this will mean that over a three-year period, patients will be offered around 17 million more diagnostic tests – an increase in capacity of a quarter compared with the three years prior to the pandemic.

The plan further promises to create dozens more community and NHS-based sites for surgical procedures and “convenient, quick diagnostic checks, towards our ambition of a network of surgical hubs and diagnostic centers covering the entire country”.

This is in addition to the network of 122 surgical hubs already operating.

Teams of specialists will be deployed to help patients prepare for their operations, and groups of clinicians and teams will be able to get instant access to test results, offering patients faster clinical advice.

Prime Minister Boris Johnson said the plan was the “biggest catch-up program in the history of the health service backed by unprecedented funding”.

But Conservative former chief whip Mark Harper said parts of the plan were not “ambitious enough”.

The MP for Forest of Dean said: “Many on this side of the House were very reluctant but did support the increase in resources for the NHS through the increase to National Insurance and then the health and social care levy, but when we are making that argument to our constituents they will expect that money to deliver results.

“While this plan is welcome, I can ask him to perhaps be more ambitious, because I think only getting to 99% of patients waiting less than a year by March 24 isn’t ambitious enough.”

“By setting out in clear terms what patients can expect from the NHS and how they in turn can help, I hope it will also take some of the pressure off our hard-pressed health and care staff who are facing the most extraordinary workload and stress. day in, day out.”