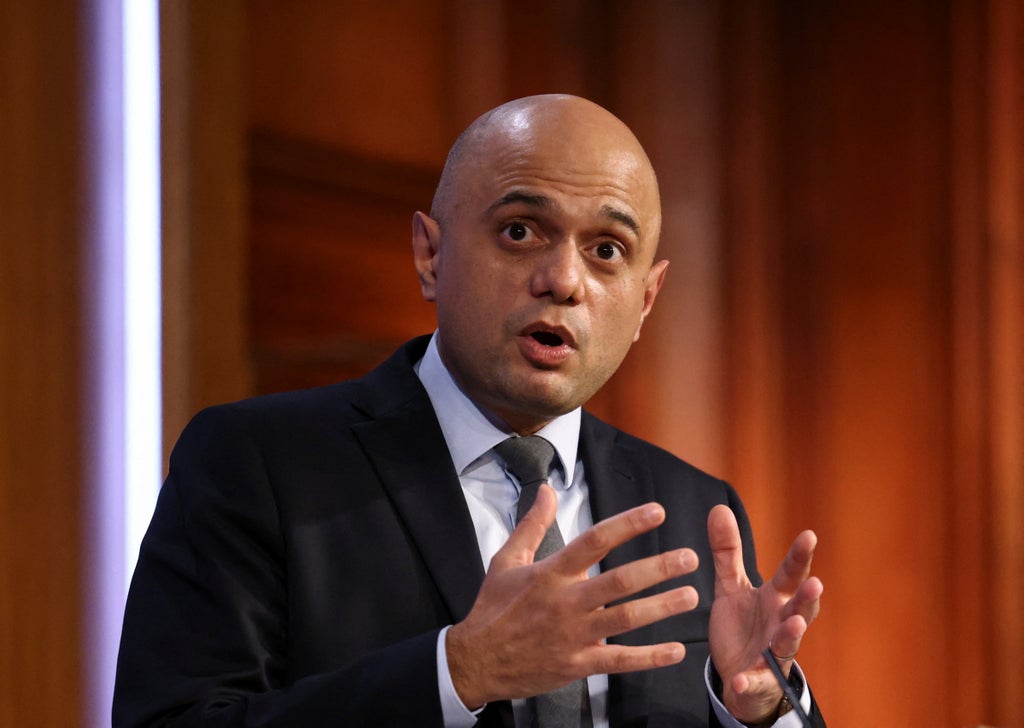 Sajid Javid has announced plans to improve links between the NHS and social care that he says will stop patients from “falling into the gaps” between the two systems.

The current structure often leaves patients having to navigate complex and disjointed organizations with different priorities, the Department for Health and Social Care (DHSC) said in a White Paper on Tuesday.

The DHSC is proposing further integration of the NHS and local authorities responsible for care to improve communication between the two and help patients to receive the right treatment earlier.

The White Paper also promises to deliver better value for money by reducing duplication and waste in the system.

The DHSC said the plans would allow local health services to be tailored to the specific needs of a community. For instance, more diabetes clinics could be opened in areas with higher obesity, or additional support for people to stop smoking in places with more smokers.

The health secretary, Mr Javid, said: “Better integration is vital to stop people falling into the gaps between health and social care.

“Ensuring our health and care systems work in unison will mean we can support hardworking staff, provide better care to patients and deliver value for the taxpayer.

“Our Integration White Paper is part of our wider plans to reform and recover the health and social care system, ensuring everyone gets the treatment and care they need, when and where they need it.”

The DHSC also plans to improve transparency in order to let the public know how their areas’ health and care services are performing.

And it said health care would be more personalized by allowing GPs to use forms of community support that are available to local authorities, such as social prescribing.

He said: “The potential for local government to make a real, positive difference to the people and places we serve is immense, but it will only be by working together with health, voluntary and community sector partners, and playing to our respective strengths, that we will be able to deliver meaningful change by better treating and preventing illness, improving public health, and addressing inequalities.”

Integration of the health and social care services has been taking place in England over the past few years in the form of partnerships between local councils and the NHS called Integrated Care Systems (ICSs).

The NHS said ICSs can improve health outcomes and reduce inequality in an area, although analysis shows that there are wide discrepancies across the country.

The government’s White Paper aims to build on the progress made through ICSs.

Mark Cubbon, NHS England chief delivery officer, said: “The NHS is committed to making it easier for patients to get the care they need, regardless of the service or services they are using, and that is why we have already established 42 Integrated Care Systems across England as part of the Long Term Plan to ensure all parts of the NHS and its partners are working effectively together.

“The pandemic has shown us what we can achieve when we work together, and joining up services across health, social care and the wider community is key to improving efficiency and giving our patients the best care possible.”

It comes after the DHSC published its plan to address backlogs built up during the pandemic – with Mr Javid warning in the Commons on Tuesday that NHS waiting lists are set to rise until 2024.

“There is no amount of investment or reform that could prevent that reality,” he wrote in Wednesday’s Daily Telegraphbut added that “we must and will turn the tide” with investment and reform to bring waiting times down, saying: “The moment demands radicalism and that is what we will deliver.”

Mr Javid said he aims to eliminate waits of longer than a year in elective care by March 2025, and said his “mission” as health secretary was overturning the “moral outrage” that those living in a deprived areas are thought to be almost twice as likely to spend more than a year on an NHS waiting list.

He also touted a range of other moves aimed at cutting waiting times and improving access to care.

A new web platform called My Planned Care – announced on Monday and due to appear on the NHS website later this month – will provide data on waiting times and allow patients to see where they are in the queue, Mr Javid said.

Mr Javid said progress would also be made “by radically rethinking and redesigning how services are delivered”, with the addition of more surgical hubs and community diagnostics centers in local communities – which he described as “one-stop-shops for checks, scans and tests closer to people’s homes”.

He pledged that 95 per cent of patients needing a diagnostic test will receive it within six weeks by March 2025 – an existing target, which is not being met.

The NHS will also “reduce any unnecessary appointments, including by providing multiple tests at once, and give patients more flexibility to arrange their follow-up appointments as and when they need them”, he said.

The health secretary added that the plan was “not the last word on reform of the NHS, far from it”.

Mr Javid said the government aims to recruit 10,000 more nurses from overseas and 5,000 more healthcare support workers by the end of March – which the DHSC’s plan states forms part of the commitment made in 2020 by Boris Johnson to recruit 50,000 nurses.