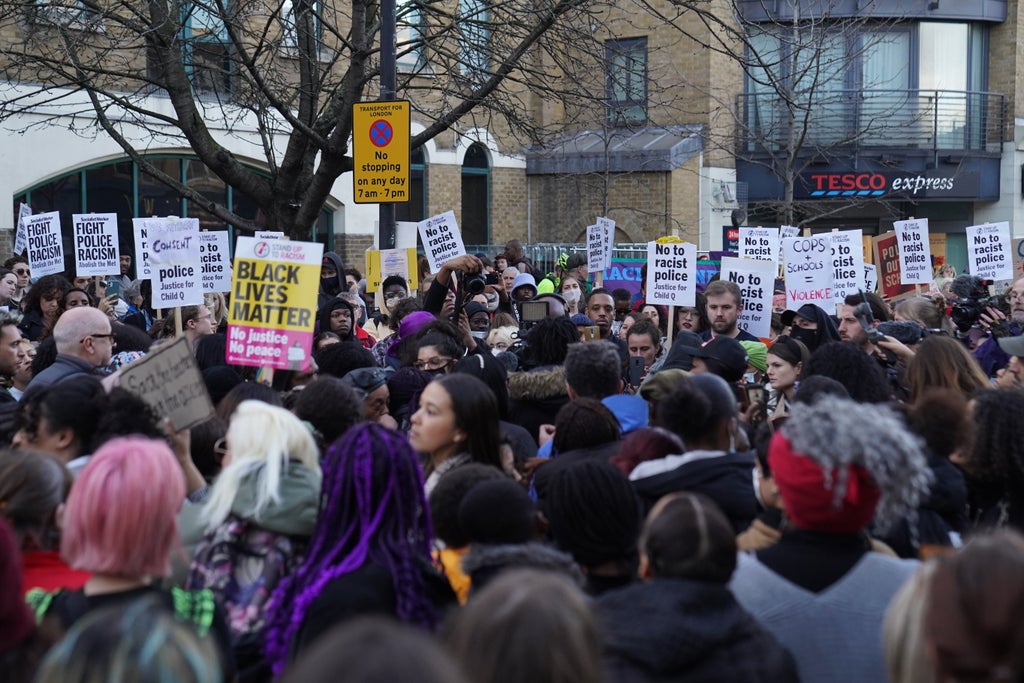 The Metropolitan Police’s leadership are not providing the support Londoners need in the wake of the Child Q scandal, the Mayor of London has said.

Sadiq Khan said the case of the 15-year-old schoolgirl, who was strip-searched after being wrongly suspected of carrying cannabis, is “another example of the Met police service falling below the standards we expect from them”.

He said he believed there were “deep cultural issues” within the force relating to racism, sexism, homophobia and other forms of discrimination, and that he expected a new commissioner to develop a plan for change.

Society will be less safe for everyone if certain communities cannot trust or have confidence in the officers that police Britain’s streets, he added.

Child Q was strip-searched by female Metropolitan Police officers at her school in 2020 without another adult present and in the knowledge that she was menstruating.

A Local Child Safeguarding Practice Review, conducted by City & Hackney Safeguarding Children Partnership (CHSCP) and published last week, concluded the strip-search should never have happened, was unjustified and racism “was likely to have been an influencing factor”.

Mr Khan told the PA news agency: “The current commissioner may not like it, the Met Police Federation may not like it, but I think there are deep cultural issues in the police service in relation to racism, sexism, homophobia, discrimination and the like.”

He said he expects a new commissioner to bring forward a plan for the service to change, and win back the confidence of the public.

He added: “It’s possible to say on the one hand, we’ve got many, many, decent, dedicated, brave officers but, on the other hand, the Met Police leadership isn’t providing the support that they need or that we need as a city.”

Following the “traumatic” search, family members described the teenager as changing from a “happy-go-lucky girl to a timid recluse that hardly speaks”, who now self-harms and needs therapy.

Scotland Yard has apologized and said the incident “should never have happened”.

Three police officers have been investigated for misconduct by the Independent Office for Police Conduct (IOPC), which is finalizing its report.

The girl has launched a civil action against the Metropolitan Police and her school, the law firm Bhatt Murphy said.

The case has sparked outrage from politicians and the public, with equalities minister Kemi Badenoch calling it an “appalling incident” and protests taking place over the weekend in London.

The Met said it is working “very hard” to rebuild the trust that has been “deeply damaged” by a series of events.

Commander Dr Alison Heydari of the Met’s Frontline Policing unit, said: “While we await the findings of the IOPC investigation, we have already taken action to ensure that our officers and staff have a refreshed understanding of the policy for conducting a ‘further search’ and advice around dealing with schools, ensuring that children are treated as children.

“Alongside this, local officers have been briefed on the incident and are alive to community concerns.”