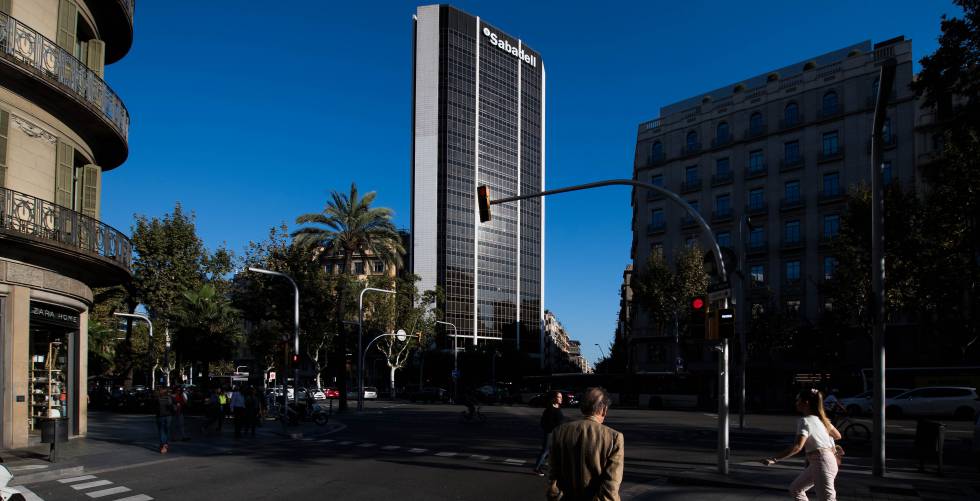 One of the most iconic office buildings in Barcelona, ​​the traditional corporate headquarters of Banco Sabadell, may change owners. The financial entity is looking for buyers for this asset located in the best prime area of ​​the city, on Avenida Diagonal next to the Eixample neighborhood.

The financial entity chaired by Josep Oliu acknowledges that it currently has a project under study to sell that property, without opening a regulated sale process. In the real estate sector, there is already talk of the bank’s first movements with potential buyers.

Without it being released on the market yet, there is no known price on what Sabadell expects to pocket if it finally carries out the sale. Some sources in the sector place the amount clearly above 100 million euros, even 130 million, although other experts consulted reduce the bill considerably because the property would need a reform.

The tower is located on Avenida Diagonal, at number 407, at the intersection with Calle Balmes. This building was completed in 1969 and was traditionally known as the Banco Atlántico tower, since it was the historic headquarters of that financial institution. The property was designed by the architects Santiago Balcells and Francesc Mitjans, author of among other works of the Camp Nou. The Atlántico was bought by Sabadell in 2003 for 1,500 million and moved its corporate headquarters there.

At present, Sabadell has its headquarters in Alicante and the bulk of its employees from the headquarters in the Barcelona municipality of Sant Cugat del Vallès, a building inaugurated in 2012. Some departments of the entity continue in the Diagonal tower, such as the corporate and private banking, the foundation of the entity, the real estate manager Sogeviso, in addition to being the institutional banner, also with offices for the president and CEO. Part of the floors are currently empty.

The property is 83 meters high and has 22 floors. It offers around 12,000 square meters of office space and about 40 parking spaces.

The building’s strength for a buyer is its iconic value and location. Very few office buildings of that quality go out for sale in Barcelona.

On the negative side, the experts point out that the floors, designed in the sixties, do not fulfill the current wishes of being open-plan spaces, since there is little free space between the floors and, in addition, the building is narrow, with small plants. To that, we must add the cost of the reform.

Sabadell can join other entities in the sale of their corporate headquarters, pocketing capital for the brick. Precisely, the current CEO of the entity, César González-Bueno, knows this type of operation well, since in his previous position as CEO of ING he sold the Madrid headquarters in the municipality of Las Rozas to the Barings fund.

It is certain that the possible sale of the Diagonal tower will arouse high interest among investors. There is a great international appetite for placing capital in real estate assets and these types of properties come on the market very occasionally. Barcelona is also attracting a large amount of office acquisitions, especially driven by the supply from the 22 @ district. The city already registers an investment volume of almost 1,100 million until September in purchases of office buildings, 75% above the average of recent years, with data from the consulting firm CBRE.

One of the latest operations was the sale by Blackstone of an office building in Gloriès to Iba Capital for 120 million. The US fund, on the other hand, acquired the Planeta headquarters in Diagonal in 2018, paying around 8,000 euros per m2. Also in Diagonal, a family office acquired its Francesc Macià center from El Corte Inglés, which will be converted into offices, paying around 7,000 euros per m2. At present, in that area of ​​the city the most prime price per square meter could reach 9,000 euros.