Skip to content
Home News S. Korea to give out rapid tests as omicron shatters record 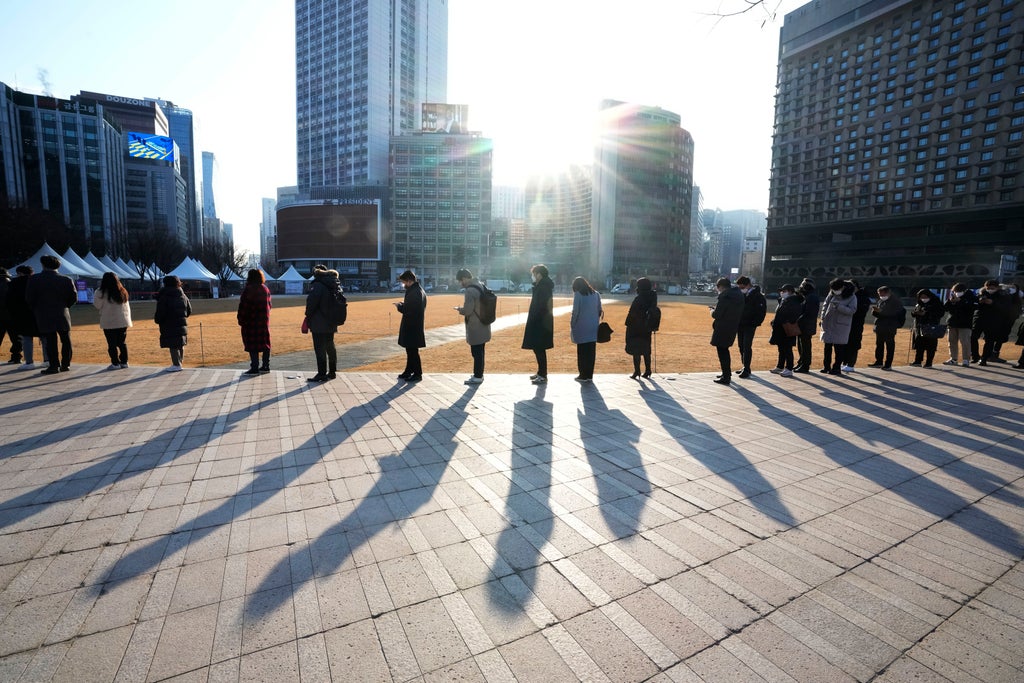 South Korea will distribute free coronavirus rapid test kits at elementary schools and nursing homes starting next week as it weathers an unprecedented wave of infections driven by the fast-moving omicron variant.

Health officials on Wednesday reported its highest daily jump in coronavirus infections with 90,443 new cases, shattering the previous one-day record set on Tuesday by more than 33,000 cases. Some experts say the country could see daily cases of around 200,000 in March.

While omicron has so far seemed less likely to cause serious illness or death compared to the delta variant, which rattled the country in December and early January, hospitalizations have been creeping up amid the greater scale of outbreak.

Education Minister Yoo Eun-hye said schools will be getting enough kits for students to use twice a week, but added that such tests won’t be mandatory.

“We ask for students to be tested at home with the rapid antigen test kits on the evenings of Sunday and Wednesday before coming to school,” Yoo said during a briefing. “When testing positive from those tests, please visit the local health office to get PCR (lab) tests.”

The fast-developing omicron surge has left officials debating whether the country should maintain strict social distancing rules, including a six-person limit on private social gatherings and a 9 pm curfew for restaurants.

See also  Champions League quarter-finals: The clubs who dream of being kings of Europe

Struggling business owners have called for the measures to be removed, questioning whether they are meaningful when cases are growing rapidly.

But health experts warn that easing social distancing may allow transmissions to veer further out of control, which would further stretch worn-out health and government workers and threaten high-risk groups and children younger than 12 who have yet to be vaccinated.

The country has already eased quarantine restrictions significantly starting this month to prevent major disruptions at workplaces and essential services, which may occur if huge numbers of people are constantly placed under quarantine.

Kim said officials will consider both the pandemic’s growing economic strain and threats posed by the omicron surge before announcing new social distancing measures on Friday.

While omicron more easily infects those who have been vaccinated or had COVID-19 previously, experts say vaccination and booster shots still provide strong protection from serious illness and death.

More than 86% of South Koreans have been fully vaccinated and 58% have received booster shots. Health officials plan to offer fourth vaccination shots at nursing homes and other long-term care settings starting later this month.

The country also started offering Novavax’s coronavirus vaccine at hospitals and public health offices this week, adding another tool in a mass immunization campaign that has mainly depended on Pfizer and Moderna’s mRNA vaccines.

Officials hope that the Maryland company’s protein vaccine, which is similar to shots used for years against the common flu or hepatitis B, would appeal to people who have been hesitant to use other vaccines based on newer technologies.