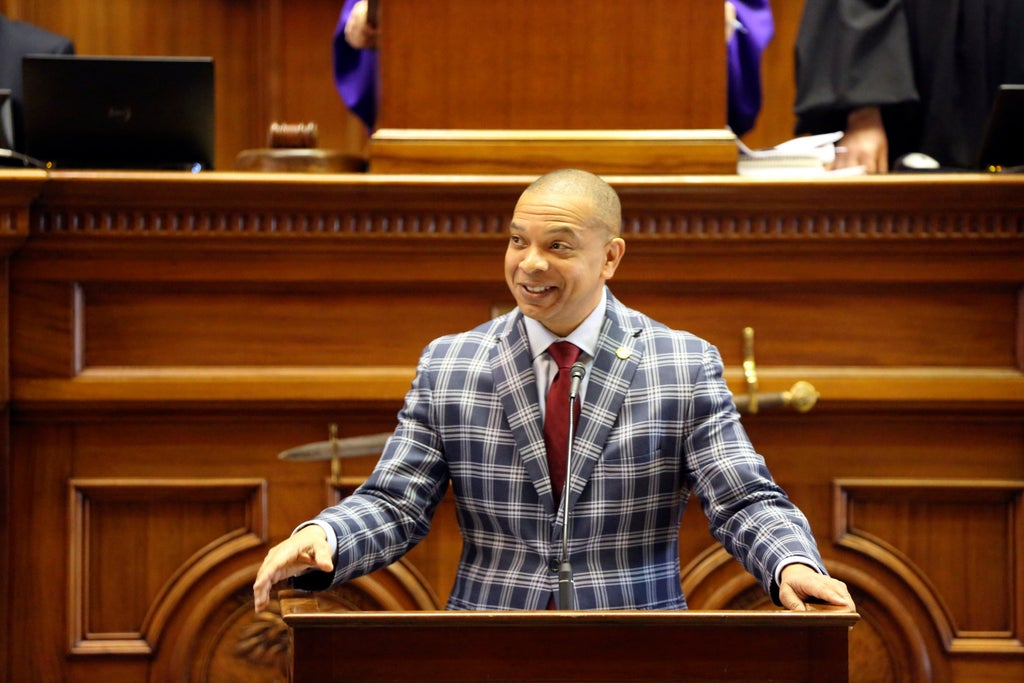 It took South Carolina lawmakers only two months to act when a female college student was kidnapped and killed by a man posing as an Uber driver. The Legislature acted swiftly to prevent such crimes in the future.

By comparison, state Rep. Wendell Gillard says, more than six years have passed since the racist murders of nine African Americans at the Emanuel AME Church in Charleston, and the legislature has yet to take action to add punishment to victims of crimes motivated by bias against a particular group. That makes South Carolina one of only two states — the other being Wyoming — without a hate-crimes law.

“It was wrong what happened to that young woman,” Gillard said of the college student. “Nobody should ever meet their demise in such a way. But when you look at the Mother Emanuel Nine, we have this bill that has been waiting patiently now for six years.”

The “ Clementa C. Pinckney Hate Crimes Act ” is named for the pastor who died in the attack. Pinckney was also a state senator. The bill would add up to five years in prison for someone convicted of murder, assault or other violent crime fueled by hatred of the victim’s race, sexual orientation, gender, religion or disability.

The bill currently sits in the Senate. The clock is ticking. If senators don’t approve the proposal by the end of their session in May, everything goes back to square one.

“We have great senators over there,” Gillard said. “But now we need them to stand up. Show a little backbone.”

Efforts to pass a hate crimes law in Wyoming, where the killing of gay college student Matthew Shepard led to the federal hate crimes law, have repeatedly failed including in 2021. There is no indication the issue will come up in the session that starts Monday.

Arkansas passed a hate crime law in 2021, although some advocates for the laws argue it is too weak to be considered under the category. Georgia passed its own law in 2020 four months after a crime with potential racist motivation — the killing of Ahmaud Arbery, a Black man, after three white men chased him around a neighborhood before cornering him with a shotgun.

Democratic state Sen. Marlon Kimpson of Charleston, singling out eight of the 29 Republicans who have kept the bill from coming up for debate, asked them to “dig deep in your heart to let us have this debate.” The Charleston Democrat noted Thursday the Senate had just spent time debating a bill on whether to make it illegal to allow trucks to be altered so the front is several inches higher than the rear.

“If we can spend 30 minutes debating electric dump trucks, we can spend some time debating arguably one of the most dangerous crimes that occur,” said Kimpson, whose district includes Emanuel AME.

Senate Majority Leader Shane Massey has said the hate crimes bill isn’t a priority for Republicans who make up all but 16 of the current 45 senators. Massey said the federal hate crimes law was adequate in prosecuting the shooter at the Charleston church, who is currently on federal death row.

“The way this bill is drafted, it doesn’t do anything to protect anybody. It doesn’t make anybody’s life better,” said Massey, a Republican from Edgefield.

Other conservatives have said they worry a hate crime bill could be used to prosecute Christians who speak out against gay marriage or other LGBTQ issues.

Proponents of the proposed state law have some influential backers. Richland County Sheriff Leon Lott said last year he wished there was a hate crime statue in place to give harsher punishment to men who exchanged text messages that said “Let’s go get some Mexicans tonight” as they planned 17 robberies over three weeks targeting Hispanics — something not likely to reach the level of a federal prosecutor.

The state Chamber of Commerce has said it fears large companies might not want to locate or expand in a state that didn’t show it valued all people.

“We have to demonstrate to the world that hate will not be tolerated here,” Tim Arnold, chairman of the state Chamber’s Board of Directors, told reporters last year.

In Sumter, a 17-year-old was arrested last month after police said he altered a changeable traffic message sign to say “honk if you hate,” ending with a racist slur against Black people. The teenager is charged with an aggravated breach of the peace. But Sumter Mayor David Merchant and Sumter County Council Chairman James McCain Jr. contend the charges don’t go far enough. because the crime was an attack on every African American and equality-seeking person in the area.

“Those who commit hateful acts and are motivated by certain biases seek to terrorize not just an individual but an entire community,” they wrote in a letter to their local state Sen. Thomas McElveen.

The bill as originally written would have allowed additional punishment for the harassment. But the House removed vandalism and harassment from the proposal before passing it last year.