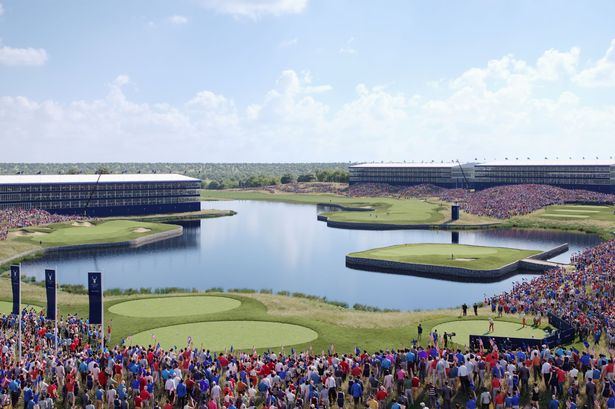 Developers behind rejected plans to build a luxury golf resort in Bolton have claimed that the town has “missed out on the biggest investment in its history”.

The planned golf course was just one of two English venues shortlisted to host the prestigious Ryder Cup in 2031.

Following the decision to reject the scheme, Peel L&P’s director of planning and strategy said the developers would need to “consider if there is any way the project can still be brought forward.”

In a statement on the company’s website, he said: “The vision for Hulton Park goes beyond sport and housing, it’s about creating a lasting legacy that will spark excitement, aspirations, new opportunities and improve people’s health and wellbeing.

“We’re disappointed by this outcome. Bolton has quite possibly missed out on the biggest investment in its history.

” Bolton Council had approved the previous scheme and encouraged us to make positive changes. It has done a U-turn at the last hurdle. It is hard to comprehend, but evidently very localized opposition has taken priority over all of the potential benefits for Bolton .

“Since 2018, we have worked hard with local residents and stakeholders in order to adapt our proposals to reflect the community’s aspirations for the site with fewer homes on Green Belt land and a range of facilities including a new school, health and wellbeing hub public trails and transport improvements.

“We will now take the time to reflect on the decision and liaise with our partners to consider if there is any way the project can still be brought forward, or whether we now need to consider if there are alternative opportunities for restoring and bringing new life. to Hulton Park.”

Peel L&P said that the development would have created over 1,000 new jobs and “delivered £1.6 billion in socio-economic benefits for Bolton and the wider economy”.

The original plans were approved by the Secretary of State in 2020, on the condition that the venue was awarded the Ryder Cup in 2031 or 2035, and the rejected proposals had been recommended for approval.

Planning officers wrote: “The cumulative benefits that would arise because of the development would clearly and significantly outweigh all harm identified and that the proposals would have a positive and transformational effect on Bolton and the wider Greater Manchester region, and it is a genuinely unique opportunity to secure long-lasting and wide-ranging benefits.”

The developers also claimed that the proposals had “strong public support” but dozens of objections were received by the council, many expressing concern at the loss of green belt land and traffic and road issues.