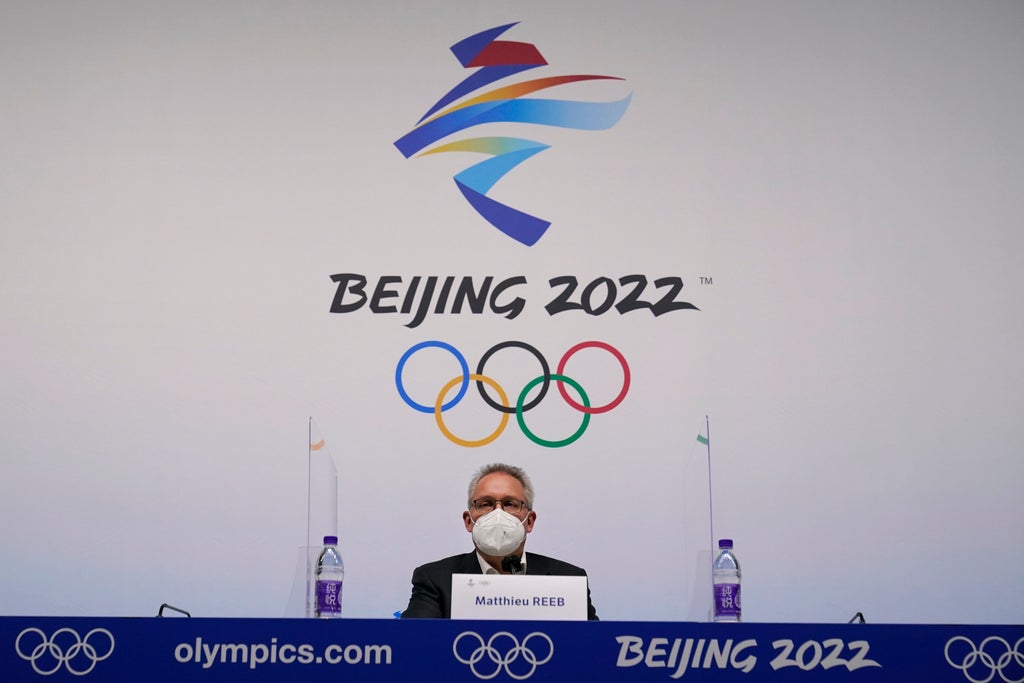 Little more than a week ago, the questions from non-Chinese reporters at daily Olympics briefings were about sensitive things involving China — tennis player Peng Shuai, the government’s treatment of Uyghur Muslims in the northwest, the efficiency of the anti-COVID “closed- loop system.”

These days, they’re all about a drug scandal — the one with Russia at the center — and not much else.

The doping saga unfolding around Russian figure skater Kamila Valieva has been a Games-changer at the Beijing Olympics, pushing aside dicey topics that Chinese officials like to avoid answering.

“The big winner in the Valieva scandal is the Chinese government,” Olympic historian David Wallechinsky said in an email. He has been a consistent critic of China’s government and stayed away from these Games, his first Olympic absence from him since 1988.

“What a relief for them to not have to fend off comments about human rights,” Wallechinsky quipped.

The focus is now on 15-year-old Valieva, which will continue through her long program on Thursday when she is expected to win gold — her second of the Games — but be banned from any medal ceremony after failing a pre-Games doping test .

The IOC has said it “would not be appropriate to hold the medal ceremony” with her case sure to wind up again in the Court of Arbitration for Sport, which ruled on Monday that she could compete. She seems sure to dominate the briefings until the Games end on Sunday, leaving room for little else.

Peng, once the world’s No. 1-ranked tennis doubles player, made sexual assault allegations against a former high-ranking member of China’s ruling Communist Party. The charges three months ago were scrubbed immediately from China’s censored internet, placing the subject out of bounds for Chinese reporters.

Yang Shu’an, the high-profile organizing committee vice president, nearly stumbled in a briefing when — speaking in English — he was asked about Peng and almost mentioned her by name. Of course, saying it would acknowledge that Chinese officials are aware of her case.

China’s internment of at least 1 million Uyghurs has been termed genocide by the United States and others, which China calls the “lie of the century.” This topic is also off limits for Chinese reporters and, by its own choice, the International Olympic Committee .

“The position of the IOC must be, given the political neutrality, that we are not commenting on political issues,” IOC President Thomas Bach said at the briefing Feb. 3, the day before the Games opened. Bach also seldom mentions the Uyghurs by name.

Still, uncomfortable queries about Peng and the Uyghurs kept coming as the Games opened. COVID-19 questions were popular, too, as was criticism about China’s “case-hardened” bubble that separates reporters and athletes from 20 million Beijing residents.

There was a question about Jack Ma, China’s e-commerce billionaire who has largely disappeared from public view. Ma is the founder of the Alibaba Group, which is a major IOC sponsor.

There were persistent questions about athletes’ safety if their comments upset officials of China’s authoritarian government. But those began to fade as few spoke up.

“A situation arose today at short notice which requires legal consultation,” IOC spokesman Adams said. “You’ll appreciate because there are legal implications involved that I can’t talk very much about it at this stage.”

Non-Chinese reporters quizzed Adams about the details for days. Questions from Chinese state-controlled media continued to center on soliciting laudatory comments about the venues, offering praise of the efficient organization — and laments about the scarce supply of Bing Dwen Dwen panda mascots.

Much news is local, so Chinese reporters are not alone in this. But not one offered a question about Valieva as non-Chinese continued to press Adams about the unfolding mystery.

“I can’t give you any more details,” Adams said. He repeated this for several days in varied forms. “I’m afraid, as you know, legal issues can sometimes drag on.”

After days of dominating the briefings, news came Monday that Valieva had been cleared to compete despite failing a pre-Games drug test. She skates this week and is the favorite to win the gold on Thursday, where she may lead a 1-2-3 sweep by Russian women.

And everybody’s watching. They’ll be doing so not just for her skating prowess from her, but for the next chapter in the saga of a girl buffeted by powerful forces and a nation known for doing what it takes to get the outcome it wants.

A nation that, for the moment, isn’t China.

“This is likely a welcome distraction from other potential subversions or critiques of the Games and of China at large,” Maria Repnikova, a China expert at Georgia State University, said in an email to the Associated Press.

“Since the Olympics tend to present apt opportunities for the international community to investigate and widely report on the host country, having a scandal that takes the attention away from China in this case plays in favor of Chinese authorities.”