Skip to content
Home News Russia’s actions verge on genocide, should be thrown out of UNSC, says Ukraine’s Zelensky 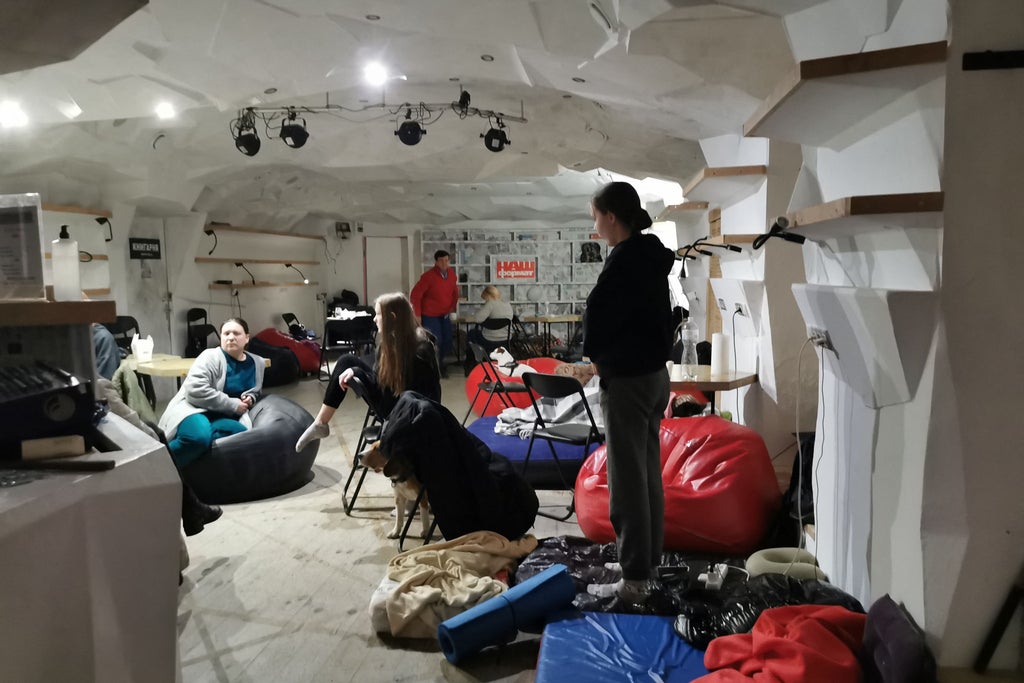 Russia should be thrown out of the United Nations Security Council (UNSC) for paralyzing Ukraine with its invasion amounting to genocide and state terrorism, President Volodymyr Zelensky said on Sunday as he moved the International Court of Justice in Hague.

“Ukraine has submitted its application against Russia to the ICJ. Russia must be held accountable for manipulating the notion of genocide to justify aggression,” Mr Zelensky said, and sought global action against Russia for waging war against his country.

I added: “We request an urgent decision ordering Russia to cease military activity now and expect trials to start next week.”

Mr Zelensky also asked for the Russian attacks on Ukrainian cities to be investigated by an international war crimes tribunal, denouncing it as “state terrorism”.

Russia’s claims that it was not targeting civilian areas were lies, he added.

In a video message released earlier on Sunday, the Ukrainian leader had said that the Russian invasion of Ukraine amounts to an act of genocide.

“Russia has taken the path of evil, and the world should come to depriving it of its UN Security Council seat,” Mr Zelensky had said.

Russia is one of the five permanent members of the UNSC, which gives it veto power over resolutions.

On Friday, Russia vetoed a UNSC resolution demanding that Moscow stop its attack on Ukraine and withdraw all troops. China, India and the United Arab Emirates all abstained on the vote.

Led by the US and Albania, the resolution, which was defeated 11-1, would have deplored Russia’s “aggression” against Ukraine. It had called for Moscow to immediately pull out its military and stop using force against Ukraine, and to reverse a decision to recognize two separatist areas in eastern Ukraine as independent.

Shortly after the president’s statements on Sunday, Ukraine’s prosecutor general Iryna Venediktova said that Mr Putin is the “main war criminal” of the 21st century and vowed that his country will prove it in a fair court.

Launched by Russia after weeks of obfuscation, the invasion has gripped Ukraine. Experts claim Moscow aims to overthrow the existing regime.

Heavy fighting is currently underway in Ukraine’s second-largest city Kharkiv after Russian troops entered it in the early hours of Sunday morning. Toxic fumes from an explosion an oil depot in Vasylkiv prompted the Kyiv authorities to ask citizens to stay indoors and keep windows shut, while a gas pipeline outside Kharkiv was set ablaze by Russian troops.

Kyiv appeared relatively calm, although fighting is reportedly taking place just west of the capital, with reports of a bridge blown up potentially slowing Russian progress.

In a move labeled “propaganda” by Kyiv, the Kremlin claimed Russian delegates had arrived in Belarus for peace talks with Ukrainian officials. Mr Zelensky said he was ready for discussions, but rejected the offer to hold them in Belarus, calling it an invasion staging ground.

Though the Russian invasion has entered its fourth day, it is unclear how much territory Moscow has seized.

However, a UK minister said Russia’s invasion plan is “nowhere near running to schedule” due to fierce resistance from the Ukrainian people against the Kremlin’s advance.

According to a senior US official, Russian forces are reportedly becoming demoralized, disoriented and hungry. Russian soldiers had reportedly been overheard complaining that Ukrainian resistance was much stiffer than they had anticipated.

At least 198 people, including three children, have been killed and more than 1,000 have been wounded since Thursday, said Kyiv’s health minister. It has not been confirmed if these figures include both military and civilian casualties.