Skip to content
Home News Russian tank markings: What do the ‘Z’ and other emblems on military vehicles mean 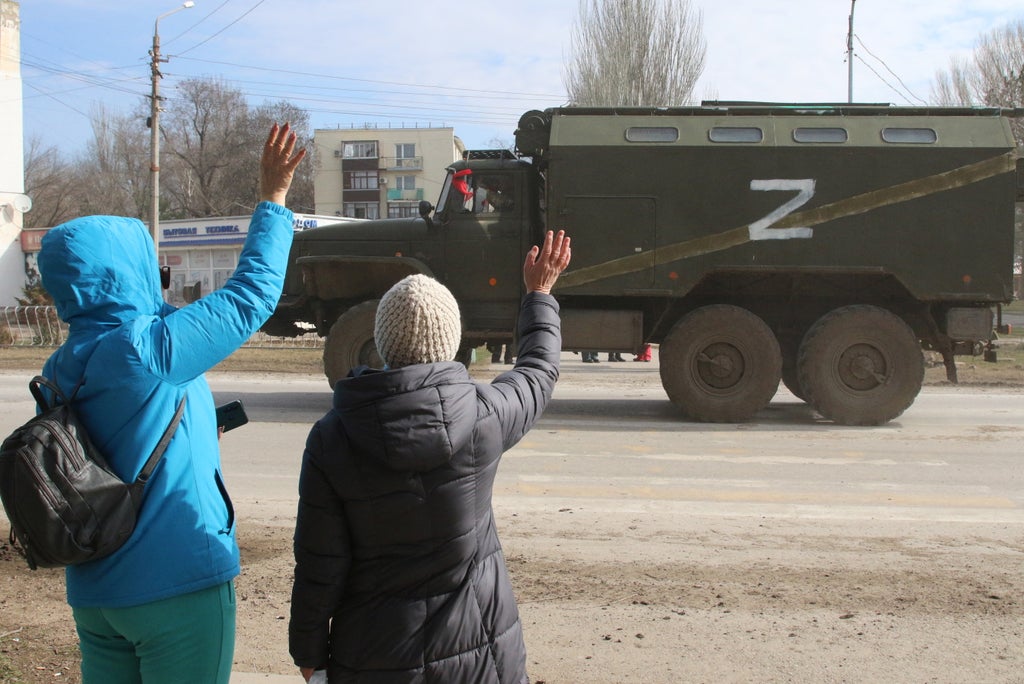 Several Russian military trucks with the symbol “Z” written in white were seen parading near the border ahead of Moscow’s military operation in Ukraine.

The symbol was also spotted on an array of military vehicles, at times inside a triangle or a square, near the city of Belgorod in Russia, located less than 20 miles (32km) from the Ukrainian border.

A number of other symbols were also reportedly seen on vehicles in Crimea, which was annexed by Russia in 2014.

The “Z” marking, along with other symbols, are painted to communicate where the military units were headed shortly before deployment, according to military experts.

A source in the Ukrainian capital Kiev told The Sun that the symbols were important to distinguish forces and avoid the risk of friendly fire.

“It’s vital that any attacking force can be distinguished, particularly from the air where Russian forces will have complete control. The Ukrainians have very similar tanks and vehicles and will want to reduce the risk of friendly fire,” the source said.

It is important to note that the letter “Z” does not exist in the Russian alphabet.

Michael Clarke, former director of the defense think tank Royal United Services Institute (RUSI) told SkyNews that the symbols are likely to be connected to the geographic location of where the units would be deployed for combat.

“Often these symbols will be location-based – they will be communicating where a unit is heading. If they were only to mark the vehicles as being Russian, you could just use one symbol,” Mr Clarke said.

Russian president Vladimir Putin during the early hours of Thursday announced a “special military operations” in the eastern part of Ukraine and warned other countries from “interfering”.

Shortly after Mr Putin’s televised address, explosions and gunfire were also reported in the outskirts of the cities of Kharkiv, Kramatorsk, Mariupol, as well as the capital Kiev.

Ukraine’s minister of foreign affairs Dmytro Kuleba has described the Russian invasion as a “full-scale attack from multiple directions”.

President Volodymyr Zelensky said the government is introducing martial law on all territories and urged Ukrainians with past military experience to sign up to defend the country.

An adviser to Mr Zelensky said that nearly 40 people have been killed so far in the first hours of Russia’s invasion.

US president Joe Biden and UK prime minister Boris Johnson joined other global powers in condemning Russia’s ‘unprovoked and unjustified’ attack on Ukraine as and promised to hold it “accountable”.