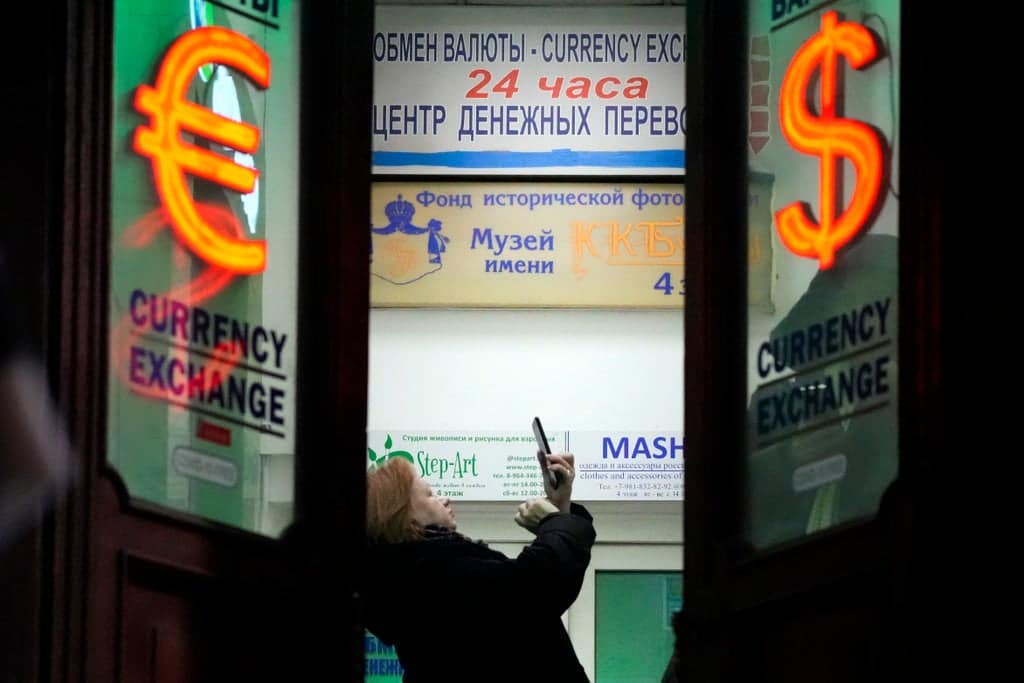 Russia plans to reopen its stock market for limited trading on Thursday, nearly one month after shares plunged and the exchange was shut down following the invasion of Ukraine.

There will be heavy restrictions on trading intended to prevent the kind of massive selloff that took place on Feb. 24 in anticipation of crushing financial and economic sanctions from Western nations.

Trading will be allowed in 33 of the 50 companies that are part of the country’s benchmark MOEX index, including air carrier Aeroflot, state-owned gas producer Gazprom and the oil company Rosneft, according to the central bank announcement about the reopening.

Stocks last traded in Moscow on Feb. 25. A day earlier the MOEX sank 33% after Russian President Vladimir Putin ordered the invasion of Ukraine.

When Moscow’s market reopens, trading will be limited, and investors’ true sentiment could be difficult to judge.

The country has banned short-selling, in which investors essentially bet on stock prices to go down. And foreign shareholders will be unable to sell shares — a restriction Russia has put in place to counter Western sanctions against its financial system and the ruble, which has been sharply devalued.

Moscow’s stock exchange is tiny, with a market capitalization of about $773 billion at the end of last year, according to the World Federation of Exchanges. That is dwarfed by the New York Stock Exchange, where the total of all equities is roughly $28 trillion.

The average exposure by a US investor through a mutual fund or retirement account to Russia is exceedingly small, according to Ben Johnson, director of global ETF research at Morningstar.

“If someone is holding a traditional 60% stock, 40% bond portfolio matched to a global index, their exposure to Russia would be roughly 0.02% of their portfolio,” Johnson said. “Russia barely registers.”

The reopening of Russia’s stock market has only minimal economic significance compared with the heavy weight of US-led sanctions. A myriad of US, European and Japanese companies have pulled out of the country; there have been bank runs and panic buying of staples like sugar; and Russia’s currency, the ruble, has been beaten down.

It took nearly a month for Russia’s central bank to relaunch trading in local government bonds, denominated in rubles. Average Russians do trade in Russian stocks, however. Russian’s Central Bank estimated that roughly 7.7 trillion rubles, equal to roughly $79 billion, of Russia’s stock was owned by retail investors as of late 2021.

Russia’s government may step in Thursday, and in future days, to support its companies and investors. Prime Minister Mikhail Mishustin said March 1 that the country’s National Wealth Fund would purchase up to 1 trillion rubles ($10.2 billion) in Russian shares by the end of the year.

Before the war, there had been growing interest in Russian stocks among foreign institutional investors looking for opportunities in emerging markets. But roughly a week into the war, Russia was removed from emerging markets indexes compiled by MSCI, a division of Morgan Stanley.

MCSI said that after consultation with a large number of asset managers it determined the Russian stock market to be “uninvestable.” That took away a primary incentive for fund managers to invest there.

On March 3, the London Stock Exchange suspended trading in shares of 27 companies with links to Russia, including some of the biggest in energy and finance. The shares lost most of their value prior to the suspension. For example, shares of the energy company Rosneft dropped from $7.91 on Feb. 16 to 60 cents on March 2, while shares of Sberbank plunged from $14.90 to 5 cents in that same time frame.