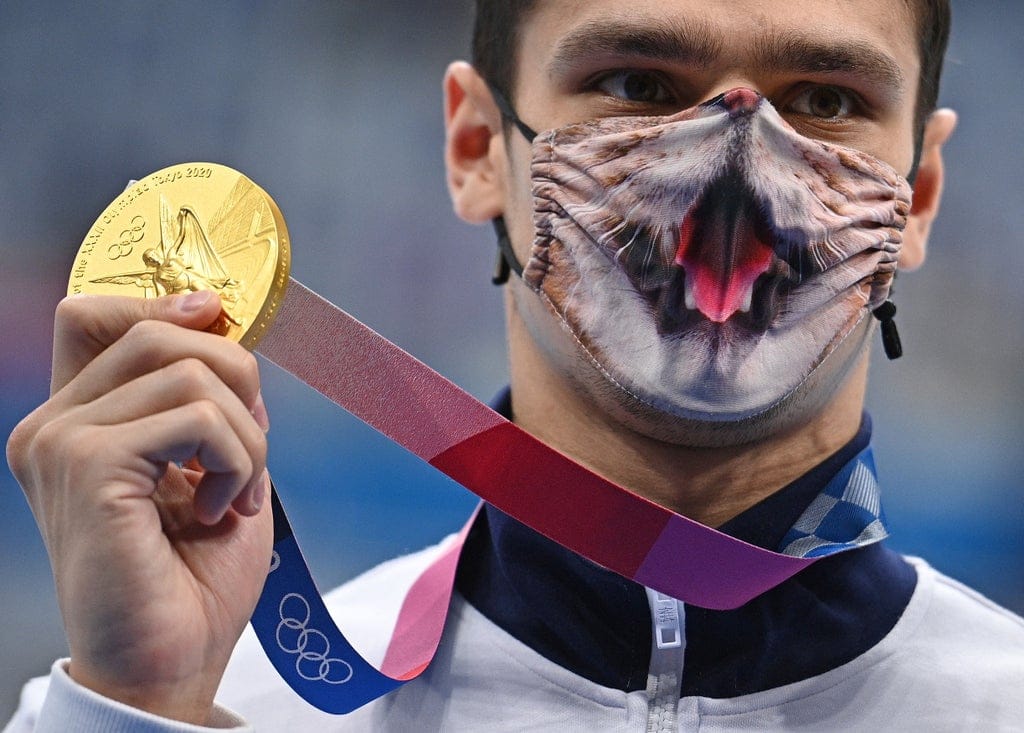 Russian double Olympic champion Evgeny Rylov has pulled out of this year’s swimming Fina World Championships in Budapest amid backlash over his support for Vladimir Putin, as Rylov claimed he was making the move in support of banned athletes from competing under the Russian flag following Russia’s invasion of Ukraine.

Rylov, who won gold in the 100m and 200m backstroke events at last year’s Tokyo Olympics, lost his sponsorship deal with swimwear maker Speedo after attending a rally hosted by Russian president Vladimir Putin in Moscow last week with other athletes wearing a ‘Z’ symbol, which has become synonymous with support for Russia’s deadly invasion of Ukraine.

“In support of Russian Paralympians, in support of all Russian athletes who have been removed from international competitions, I refuse to go to the world championship this summer,” Rylov wrote on Instagram. “I believe that losing competition is losing the development of sport. As sad as it may sound, sport cannot move without decent competitors.”

Swimming’s world governing body Fina said that Russian and Belarusian athletes can only compete as neutral athletes or neutral teams.

Putin sent troops into Ukraine on 24 February on what he calls a “special military operation” to demilitarize and “denazify” Ukraine. Ukraine and the West say Putin launched an unprovoked war of aggression, and despite Putin’s claims of liberation, the overwhelming majority of refugees have fled west to Europe, not east to Russia.

Fina has already canceled this year’s World Junior Swimming Championships that were set to take place in the southwestern Russian city of Kazan. This year’s world swimming championships, originally scheduled to be held in Fukuoka, Japan, will run from 18 June-3 July in Budapest.

Rylov has been at the center of swimming controversy before. After losing to Russian swimmers in two races at the Tokyo Olympics, American backstroke star Ryan Murphy claimed that doping remains a huge problem in the sport and wondered if all his competitors are clean.

Seeming to take aim at a country that has repeatedly run afoul of doping rules, Murphy revealed his frustration after taking the silver medal behind Evgeny Rylov in the 200m backstroke. That came three days after Murphy — who swept the backstroke events at the 2016 Rio Games — settled for a bronze in the 100 back. In that race, I have touched after both Rylov and another Russian, Kliment Kolesnikov.

“It is a huge mental drain on me to hear I’m swimming in a race that’s probably not clean,” Murphy said. “That is what it is.”

But later, at a news conference with fellow medalists Rylov and third-place finisher Luke Greenbank of Britain, Murphy said he was not accusing the Russian of doping.

“I need to be clear,” he said. “My intention is not to make any allegations here. Congratulations to Evgeny, congratulations to Luke. They both did an incredible job. They’re both very talented swimmers. They both train real hard and they’ve got great technique.”

Rylov, who has long been one of the world’s top backstrokers, denied being involved in any doping schemes. “I have always been for clean competition,” he said through a translator. “I’m tested. I fill out all the forms. I’m for clean sport. I’ve been devoting my whole life to this (sport).”