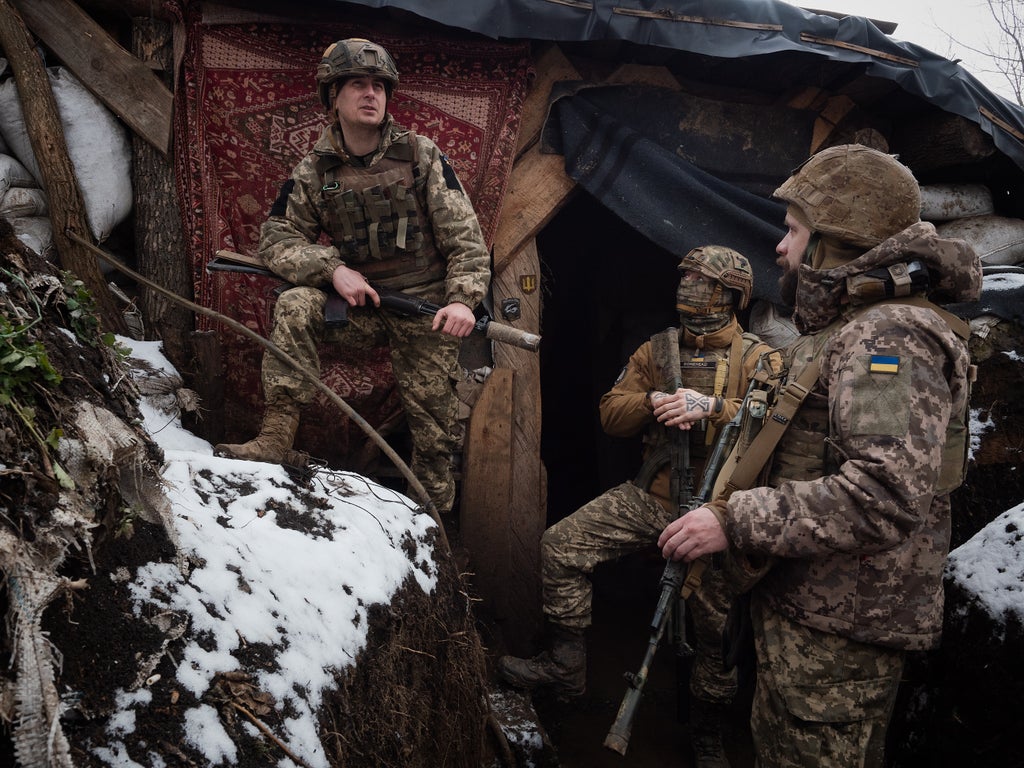 Russia has warned the UK to stop repeating “pointless” threats about sanctions ahead of a Moscow visit by British foreign secretary Liz Truss and defense secretary Ben Wallace for talks about the Ukraine crisis.

Ms Truss and Mr Wallace will be meeting with their Russian counterparts this week amid growing concerns about a possible invasion of Ukraine by Russian troops. The Kremlin has repeatedly denied it has any intention to attack its neighbour, despite a huge military build-up near its border with Ukraine.

Speaking ahead of the first visit to the Kremlin in four years by a British foreign secretary, Ms Truss said any further invasion “would incur severe costs, including through a coordinated package of sanctions.”

“Russia has a choice here. We strongly encourage them to engage, de-escalate and choose the path of diplomacy,” she said in a statement.

Russia’s ambassador to London, Andrey Kelin, said Moscow was interested in talking with Britain only if it had constructive proposals to the Kremlin’s security demands.

Speaking to Russia’s TASS news agency, Mr Kelin said: “If they’re coming to Russia to threaten us again with sanctions then it is fairly pointless: we read everything, see everything, know and hear. In this case, the dialogue and conversation in Moscow will be probably fairly short.”

Moscow has made a sweeping set of security demands of the West, including a formal veto on Ukraine ever joining Nato.

Russia is set to launch the active phase of vast military drills in Belarus on Thursday, which are expected to involve 30,000 troops and create a new front to trouble Ukraine.

Boris Johnson warned on Tuesday that “British sanctions and other measures will be ready for any renewed Russian attack.”

Writing in The Times newspaper, the British Prime Minister said: “The government will ask parliament for new powers to sanction a wider range of Russian individuals and entities, including any company linked to the Russian state or operating in a sector of strategic importance to the Kremlin.”

Mr Johnson will visit Poland on Thursday to meet with British soldiers stationed in the country, following news that the UK will send a further 350 troops there. He will also meet with Polish Prime Minister Mateusz Morawiecki and President Andrzej Duda, as well as Nato chief Jens Stoltenberg in Brussels.

Almost two thirds of Poles are ready for their country to defend Ukraine from a Russian invasion, according to an opinion poll by the European Council on Foreign Relations (ECFR). The country’s population is alone among seven EU countries in having a majority that want their government to provide military support to Ukraine if Russia invades.

French president Emmanuel Macron has been the latest world leader to attempt to find a diplomatic resolution with Russia, meeting with Vladimir Putin on Monday for one-to-one talks.

Mr Macron said that he had received personal assurances from the Russian president that Moscow would not escalate tensions in Ukraine.

“I do not really trust words. I believe that every politician can be transparent by taking concrete steps,” Mr Zelenskiy said.

Russia said on Wednesday that a reported Ukrainian request for a THAAD missile defense system from the United States was a “provocation”, according to news agency ESTUARY.

Russian media had reported that Kyiv had made the request for the THAAD system, which would be able to detect, track and intercept medium-range ballistic missiles.

See also  Better.com: Boss of a company that dumped 900 employees en masse by Zoom apologizes for the forms, but keeps the layoffs | Economy

Deputy foreign minister Sergei Ryabkov said that if the US was seriously considering supplying the system, it would reduce the odds of a diplomatic resolution over Ukraine.

Meanwhile, Pope Francis commented on the rising tensions saying that a war in Ukraine would be “madness”. Speaking at his Wednesday general audience, Pope Francis prayed that “the tensions and threats of wars can be overcome through a serious dialogue.”