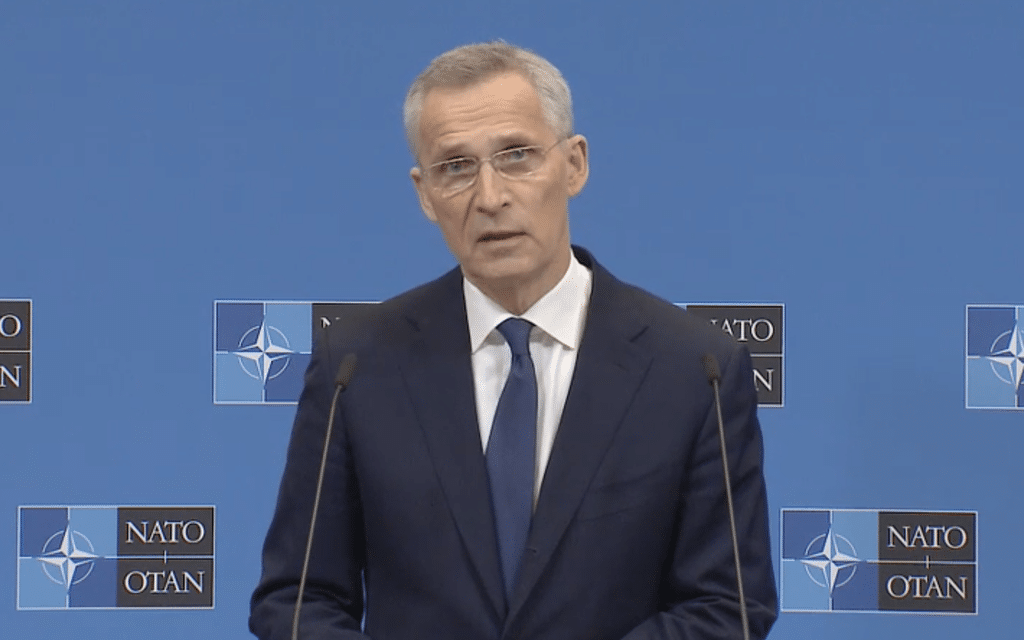 Nato leaders have agreed to supply hazmat suits to Ukraine and prepare for Vladimir Putin to use chemical and biological weapons, following a meeting in Brussels.

The action agreed on Thursday comes as the alliance says it will double the number of battlegroups defending the alliance’s eastern border in light of the Russian invasion.

The measures were approved at a top-level meeting in Brussels on Thursday to discuss how to respond to the invasion – with leaders pledging to send more arms to the country and boost military spending.

At the major summit at Nato headquarters on the outskirts of the Belgian capital leaders also agreed to step up defenses against chemical and biological attacks, amid fears Russia could use the weapons.

Officials say Nato has no “direct” intelligence to suggest Mr Putin is preparing to use chemical weapons, but that Russian rhetoric has concerned them.

“Putin tends to do the things he talks about,” one western official said. “He also tends to do what he says other people are about to do.”

“There is protective equipment we can supply to Ukrainians such as clothing, wash-up kits, detection kits.”

General Secretary Jens Stoltenberg told reporters that Nato forces would be bolstered “from the Baltic Sea to the Black Sea.”

The alliance chief told reporters outside the meeting that leaders agreed to “continue to impose unprecedented costs on Russia” and to reinforce their own and Ukraine’s defences.

He said assistance pledged for Ukraine included new anti-tank and air defense systems, as well as drones – which he said were so far “proving highly effective” – alongside “substantial financial and humanitarian aid”.

See also  Who is Mushroom on Masked Singer? Latest clues and hints

The summit approved the creation of new battlegroups in Bulgaria, Hungary, Romania, and Slovakia – in addition to the four already in the three Baltic countries and Poland.

The alliance is planning to ignore restrictions under Nato’s treaties that says it should not permanently base substantial forces on its eastern fringes.

“Our approach to the Nato Russia founding act is to ignore it,” one western official said.

The diplomat said that at the meeting “every ally agreed that the Nato Russia founding act should not constrain us” and that some wanted it to be declared “null and void”.

Further details of the major reorganization of the alliance in light of the Russian aggression will be agreed upon at a further summit in Madrid in June.

The meeting also a video message from Ukrainian president Volodymyr Zelenskyy, who diplomats said gave a “strong and passionate appeal” to leaders.

Sources with knowledge of the meeting said Mr Zelenskyy dropped his previous demand for a no-fly zone and instead asked for Nato to send 1 per cent of all their tanks and plans to help Ukraine.

But leaders are so far resisted the demands, worrying that it would amount to an escalation that could risk a direct war with Russia – which they want to avoid at all costs.

Joe Biden attended the meeting and told leaders that they could count on his approach differing from Donald Trump.

“He said please don’t mistake me for my predecessor because he didn’t treat you very well, which got a round of laughter in the room,” one official said.

The meeting also agreed to extend Mr Stoltenberg’s tenure as secretary general for a year, a decision which was said to be met with “a huge round of applause”.

Opening the meeting on Wednesday Mr Stoltenberg noted that Russia had apparently facilitated the use of chemical weapons in Syria and elsewhere.

“Russia has used chemical agents before against their own opposition and also on Nato ally territory in Salisbury,” he said.

“So we are concerned and that’s also reason why we are ready and we’ll address tomorrow ways to provide support to Ukraine to protect themselves.”