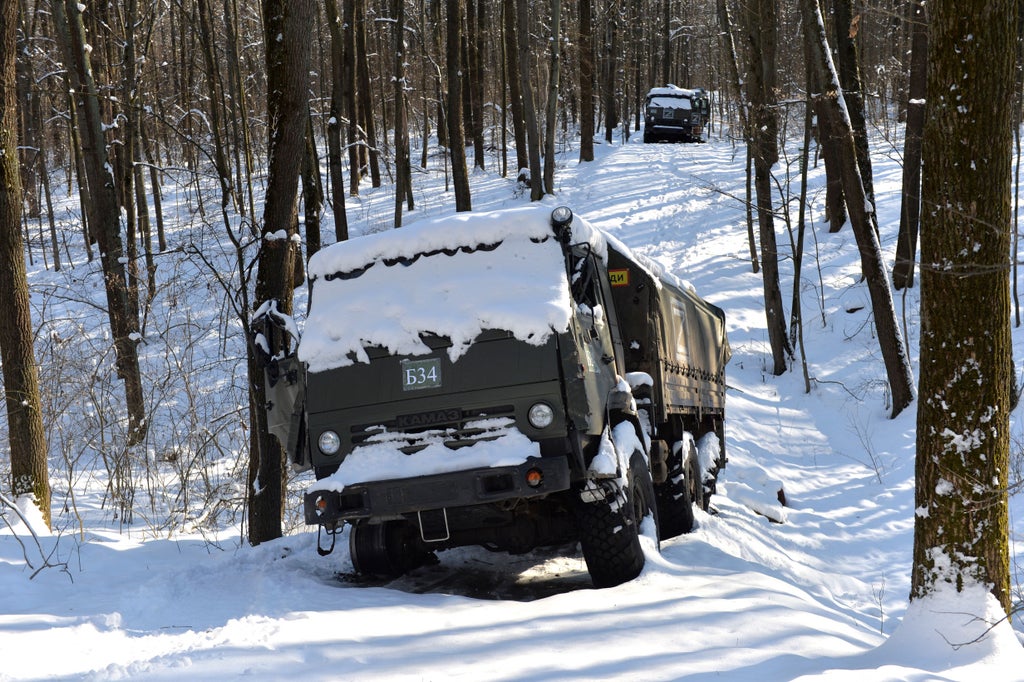 Ukraine is “able and willing” to reclaim some of its territory after Russia reportedly lost more than 10 per cent of its combat force, according to US intelligence.

It comes after the Ukrainian military said on Tuesday it had retaken the strategically significant suburb of Makariv, north of Kyiv, and repelled an attack on the coastal city of Mykolaiv, just east of Odesa on the Black Sea.

Russian soldiers are reportedly being removed from the frontlines because of low morale and even frostbite, an unnamed Pentagon official has said. “They’re struggling on many fronts,” the official said of the Russians. “We’re starting to see indications” that Ukraine is “now able and willing to take back territory”, Washington Post quoted the official as saying.

Meanwhile, Ukraine’s president Volodymyr Zelensky told the Italian parliament on Tuesday that his country was on the “brink of surviving” the war, before claiming Russian president Vladimir Putin wanted to “break through” to the rest of Europe.

Kremlin spokesperson Dmitry Peskov said that Russia’s military operation in Ukraine is going “strictly in accordance with the plans and purposes that were established beforehand.”

But he confirmed that his president Vladimir Putin had not achieved anything in Ukraine so far.“

Well, first of all not yet. He hasn’t achieved yet,” he said on being asked about what Mr Putin has achieved so far.

I have added that Mr Putin’s main goals included getting “rid of the military potential of Ukraine“ and “ensure that Ukraine changes from an anti-Russian center to a neutral country”.

Russian troops have destroyed a new laboratory at the Chernobyl nuclear power plant that is critical for improving management of radioactive waste, officials from Ukraine’s state agency from the Chernobyl exclusion zone said.

The laboratory in Chernobyl contained “highly active samples and samples of radionuclides that are now in the hands of the enemy, which we hope will harm itself and not the civilized world,” the agency said.

The Chernobyl power plant — site of the world’s worst nuclear disaster — was seized by Russian troops within days of the war in Ukraine.

In another alarming update, Ukraine’s nuclear regulatory agency said that radiation monitors around the plant had stopped working.

These were installed and used in critical times after the nuclear disaster in 1986 and helped monitor the radiation levels after four hundred times more radioactive material was exposed from the plant’s core as compared to the atomic bombing in Hiroshima.

The now destroyed lab had opened in 2015.

Putin spokesman refuses to rule out use of nuclear weapons

Dmitry Peskov, Russian president Vladimir Putin’s spokesperson, did not deny the possibility of Moscow resorting to using nuclear weapons, as its military attempts to capture Kyiv.

On being asked about the circumstances that could lead to Russia using nuclear weapons, he said “if it is an existential threat for our country, then it can be”.

He confirmed that Russia is yet to achieve any of its military goals in the neighboring country as the war nears a month.

Mr Putin, in a video message right before Russia invaded Ukraine in what it calls a “special military operation”, warned those in Moscow’s way of “consequences never seen in entire history”.

“No matter who tries to stand in our way or all the more so create threats for our country and our people, they must know that Russia will respond immediately, and the consequences will be such as you have never seen in your entire history,” the Russian president had said.

The woman who saved her one-month-old daughter by shielding her with her own body after her house was shelled in Kyiv has been named as “Ukrainian Madonna”, officials said.

Ukraine’s ministry of foreign affairs shared a photo of the mother Olga from inside the hospital, where she is seen getting treated for her injuries and is holding her toddler.

“This mother was named Ukrainian Madonna She has covered her baby with her body during the shelling in #kyiv. Mother received 24 wounds from the shattered glass, and her daughter de ella remained unhurt, ”the ministry said in a tweet.

The website, help.gov.ua, includes step-by-step instructions for delivering aid to Ukraine as well as a phone number to call.

The move comes as many residents in the war-torn country are facing serious food, water and medical shortages in the wake of the unprovoked Russian assault.

US to hit Russia’s Duma with new sanctions

Joe Biden plans to hit hundreds of Russian politicians serving in the country’s Duma, or lower house, with sanctions this week, an official told CNN.

It will be the president’s latest move to punish Russia for its unprovoked attack on Ukraine.

The US had already sanctioned some members of the Duma, but the latest move will greatly expand the list, according to the news network.

Siege of Mariupol: Why the Ukrainian port city has been targeted

ICYMI: The southern Ukrainian port city of Mariupol on the Sea of ​​Azov has been under siege from Russian missiles for almost a month now, its buildings devastated and its remaining population enduring hellish conditions.

An estimated 80 per cent of its infrastructure has now been decimated, with its electricity, water, heating and lines of communication all cut off and those attempting to flee forced to make their way through gun battles and past unburied corpses as Russian forces try to pound the city into submission.

Those who have made it out of Mariupol have described a devastated landscape. But why has Vladimir Putin targeted it? Joe Somerland takes a look

ICYMI: In the Black Sea port city of Odessa, authorities are preparing for fresh Russian attacks.

On Monday, Russian forces were accused of damaging civilian houses in a strike. The city council said no one was killed.

Today, residents were seen preparing sandbags, which can be used as military fortification or for the purpose of shielding glass windows.

Ukrainian President Volodymyr Zelsenky has asked the Pope to visit Ukraine and thanked the leader of the Catholic faith for his “clear and strong position against the war.”

“I thank His Holiness for his clear and strong position against the war and for his prayers for Ukraine. I invited him to visit our country at this most crucial time,” said Mr Zelensky during an address Tuesday posted on the Ukrainian government’s Facebook page.

“I believe we can arrange this uppermost visit which surely will suppose each one of us, every Ukrainian,” he continued.

Belarus could ‘soon’ join war in Ukraine, US and Nato warn

ICYMI: Earlier, we reported that Belarus could “soon” join the war in Ukraine. Here’s a little more detail on where that came from.

US and Nato officials each told CNN today they thought it was “likely” Alexander Lukashenko would “soon” send troops to support his Russian counterpart, Vladimir Putin.

It came after a Belarusian opposition source told the broadcaster that combat units are ready to go into Ukraine as soon as in the next few days, with thousands of forces prepared to deploy. The source added this would have less of an impact militarily than it will geopolitically, given the implications of another country joining the war.

“Putin needs support. Anything would help,” the Nato official said.

Elsewhere, a senior intelligence official from the alliance reported that the Belarusian government was “preparing the environment to justify a Belarusian offensive against Ukraine”.

Russia has launched its attack on Ukraine in part from Belarus’ territory, and thousands of Russian troops amassed in Belarus ahead of the Kremlin’s invasion of Ukraine last month, which the two countries had claimed was for training exercises.

UK, US and EU sanctions in response to the war have targeted both Russian and Belarusian officials, including Mr Lukashenko, Belarus’ leader.

Back to the question in hand, the Nato military official told CNN that a final decision for Belarus’ involvement in the war still has to be made in Moscow, as of yet there has been no indication that Belarusian forces are participating in the fighting in Ukraine .

“It is not about what Lukashenko wants,” the official explained. “The question is: does Putin want another unstable country in the region?”

And they added: “Involvement would destabilize Belarus.”