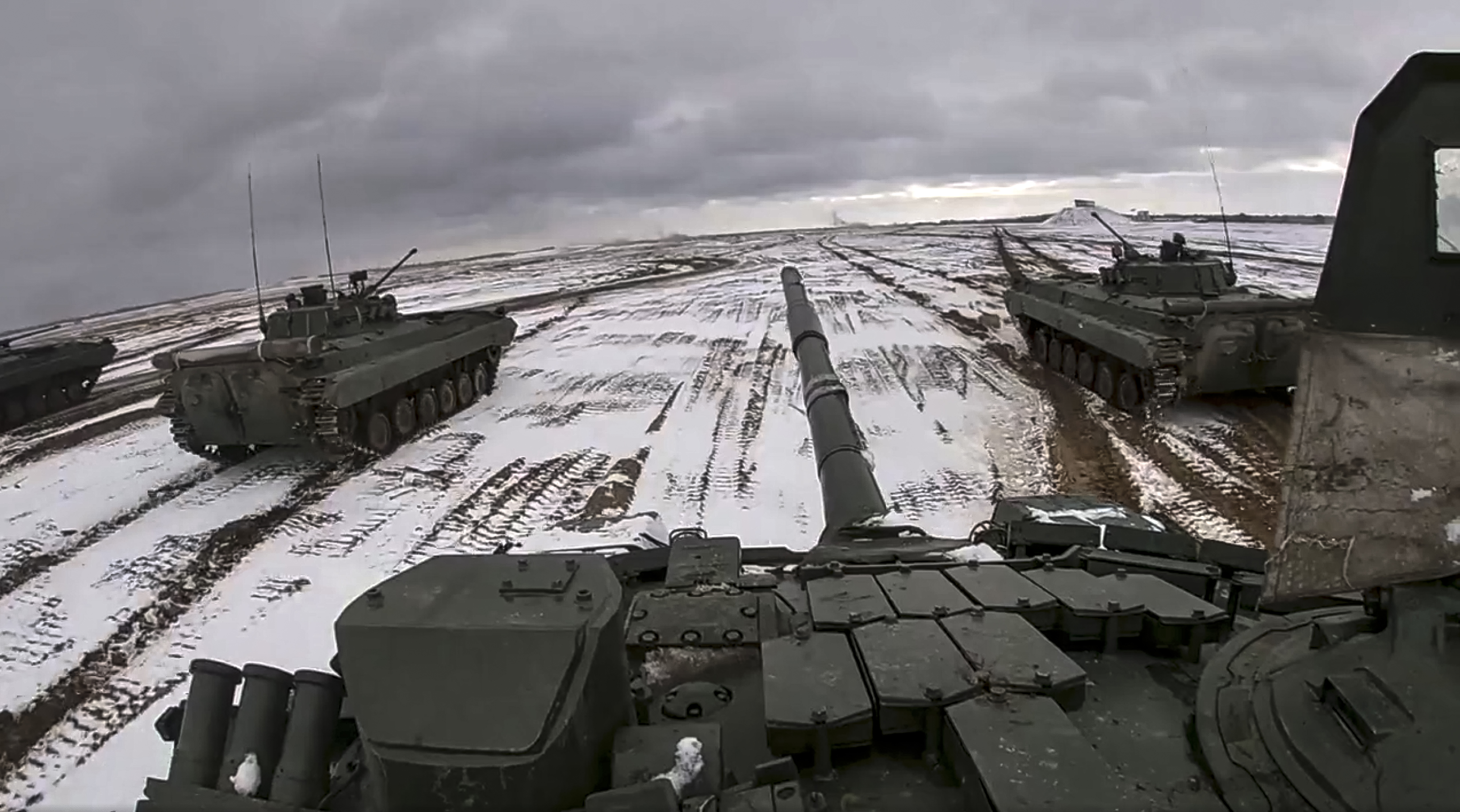 Faced with the discourse that NATO corners Russia and threatens it with its destruction, a group of Russian intellectuals has launched a manifesto to give a voice “to that part of society that hates war and considers the use of military threats a crime. and the style of criminals in foreign rhetoric”. Around 5,000 people have already signed this open letter, published on January 30 by the congress of the intelligentsia, the name by which the world of culture is known in Russian. Philosophers, journalists, activists, historians and artists have promoted this initiative, which calls for a military de-escalation on the border with Ukraine to return to normality with the West.

“We know that the majority of the Russian population does not want war, we had to speak out and show how dangerous the adventurism of the Russian leadership is,” explains the first name on the list, the historic human rights defender, on the other end of the phone. human beings and former parliamentarian Lev Ponomariov.

This is one of the few public demonstrations of discontent so far against the military confrontation with NATO. On the one hand, most Russians do not hold the Kremlin responsible for the tension: after the first military escalation in the spring of 2021, 48% of those surveyed by the Levada sociological studies center pointed to the Atlantic Alliance and 20% % to Kiev as guilty. On the other hand, in today’s Russia it is much more difficult to demonstrate than at the beginning of the war. In March 2014 there were two protests in Moscow with tens of thousands of people as unidentified Russian soldiers – the little green men, as Putin called them, took Crimea. Participating in those marches was former Vice President Borís Nemtsov, who was assassinated in 2015 shortly before his investigation into the Russian intervention in the war was published. “Then you could go out on the street, now it is impossible. Going out to protest now ends in arrests, in blood, they cannot be carried out”, laments Ponomariov.

The spirit of the manifesto refers to a phrase often repeated even today by the elderly who lived through the Second World War, known in Russia as the Great Patriotic War: “Do not repeat it.” The letter emphasizes it thus: “We speak on behalf of Russia, and not of you [las autoridades]Because the people, having lost millions of people in past conflicts, have thought for decades that any alternative is better than war. Have you forgotten?

One of the signatories is Natalia Evdokímova, a former deputy and now General Secretary of the Saint Petersburg Human Rights Council. “The situation is tense. I don’t think there will be an attack on Ukraine, where there are now NATO forces training the Ukrainian military, because this would lead to a war, although our country is heading for it. They all wish there was some way to change course,” she replies over the phone.

“Unfortunately, the prevailing view is that they are pointing offensive weapons at us, that NATO countries are threatening us. This is a result of our television channels, which continuously broadcast this,” adds Evdokimova. Along these lines, the manifesto highlights that the message that a war is inevitable is being imposed: “No one asks the citizens of Russia, there is no public discussion. Only one point of view is presented on state television, and that is that of the supporters of the war. From there direct military threats are heard, aggressiveness and hatred towards Ukraine, the United States and Western countries ooze, but the most dangerous thing is that war is presented as the acceptable and inevitable course of events.

In recent months, not only has the deployment of the military around Ukraine increased, with more than 100,000 troops along its borders, but so has the belligerence in the declarations of senior Russian officials.

President Vladimir Putin warned on December 21 that “hypersonic missiles are activated in combat mode.” The president then affirmed that “in the event that the aggressive line of Western colleagues continues, we will adopt the appropriate technical-military retaliation measures. We will react harshly to their hostile measures.” Defense Minister Sergei Shoigu accused the US of preparing provocations with chemical weapons in the Donbas region and of sending mercenaries to the area.

On January 23, the head of the NATO delegation, Konstantin Gravrilov, stressed that if NATO ignored Russia’s demands, “Moscow will draw conclusions and defend its security in Europe by other means… And both the Europeans and the Americans will feel it in their necks.”

Ponomariov warns that “it is important to mobilize society against the war party”. At 80 years old, the activist has been declared a foreign agent and the authorities have opened an administrative process against him. To avoid problems, the manifest indicates the signatories that are on this blacklist of foreign agents. Among them are the essayist and journalist Tatiana Vóltskaya and the writer and screenwriter Víktor Shenderovich. The latter left the country after being declared a foreign agent on New Year’s Eve.

The manifesto has also been supported by members of Yábloko, a liberal party with a pro-European leaning and without representation in the Duma, the Russian Parliament. Its founder, Grigori Yavlinski, criticized Moscow’s unshakeable position in negotiating its security guarantees. “It is an ultimatum that Putin presented to the US and NATO and that is more like the demand of a terrorist who has taken a hostage. If they are not met, the citizens of a different country, Ukraine (and Russia, of course) will suffer,” the politician warned in a letter after lamenting that the threats against Kiev have encouraged Finland and other countries to ask to join the alliance.

“Three years ago Putin told us that hypersonic weapons and nuclear-powered doomsday missiles would provide us with security and peace of mind; and today it turns out that everything no longer depends on us, but on NATO. The Americans are now testing hypersonic missiles, this is called an arms race, and it was started by Putin’s Russia”, laments Yavlinski, who looked back at the Soviet Union: “We already lost that race once and our country came down, do we want to repeat?”

Autistic boy, 4, left to sleep on airport floor amid easyJet chaos on flight to Turkey