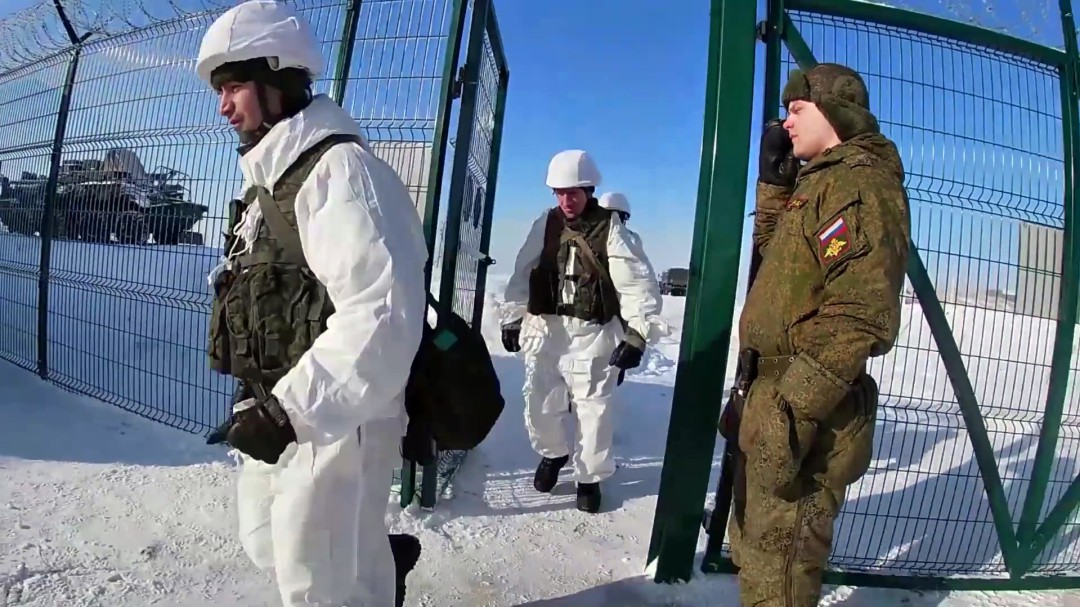 Russia rules out including the EU in the negotiations to try to solve the crisis with Ukraine, as explained by the Russian Foreign Minister, Sergei Lavrov, who insists on his threats in the event that the US does not respond to his demands to stop a possible expansion of NATO with Ukraine.

Moscow expects a written response from Washington to these demands this week. “If there is no constructive response to our initiative and the West continues its aggressive trend, Moscow will take the necessary response measures,” the Foreign Minister said in the Russian Parliament.

Sergey Lavrov rules out the participation of NATO and the OSCE on the grounds that it would only prolong the negotiations.

Russia has launched military exercises in northern Scandinavia amid the crisis with Ukraine. They are part of the maneuvers that Russia had already announced in different parts of the world, although this takes place near European territory, in the Barents Sea with 30 warships and 20 aircraft. The US has pointed out that a possible invasion of Ukraine would entail direct economic sanctions against Vladimir Putin. The United Kingdom has also spoken along these lines.

British Foreign Secretary Liz Truss on Wednesday called on Russia not to make an incursion into Ukraine and warned that she could face “serious sanctions” from the UK and its European allies if it does.

“We are asking Russia to desist from making an incursion and we are making it very clear that if it does, there can be serious economic costs for Russia, serious sanctions,” he added.

The minister has indicated that the eventual sanctions, which would be implemented in coordination with other countries, would affect specific people, as well as financial institutions.

“We are already providing support to Ukraine. We are providing defensive weapons. We are providing economic support,” said the head of British diplomacy. Truss made this claim as tensions rise on the border between Russia and the West around Ukraine.

Meeting in Paris of the ‘Normandy Quartet’

Officials from Russia and Ukraine, as well as from France and Germany, are meeting this morning in Paris in an attempt to defuse tension between Kiev and Moscow.

In addition to the meeting of diplomatic advisers from these four countries that in 2014 created the Normandy Quartet to mediate the crisis, Macron will propose to Vladimir Putin “a path of de-escalation” during a conversation “in the coming days”.

Josep Borrel: “We are living through the worst moment since the cold war”

The high representative of the European Union for Foreign Affairs, Josep Borrell, has pointed out that the tension with Russia is “the latest example” that “Europe is in danger”.

“We are facing challenges. Europe is in danger. Before, when this was said, some laughed, but now they laugh less”, assured Borrell during a speech in the European Parliament to debate the ‘Strategic Compass’, the proposal with which the EU countries seek greater autonomy in the field of defence.

“I wish it were different, but the last two years have seen a serious deterioration in our strategic capacity, to the point that I am convinced that we are living in the most dangerous moment since the Cold War,” he explained.

The US and Russia give each other a week to resolve the conflict in Ukraine. / ATLAS