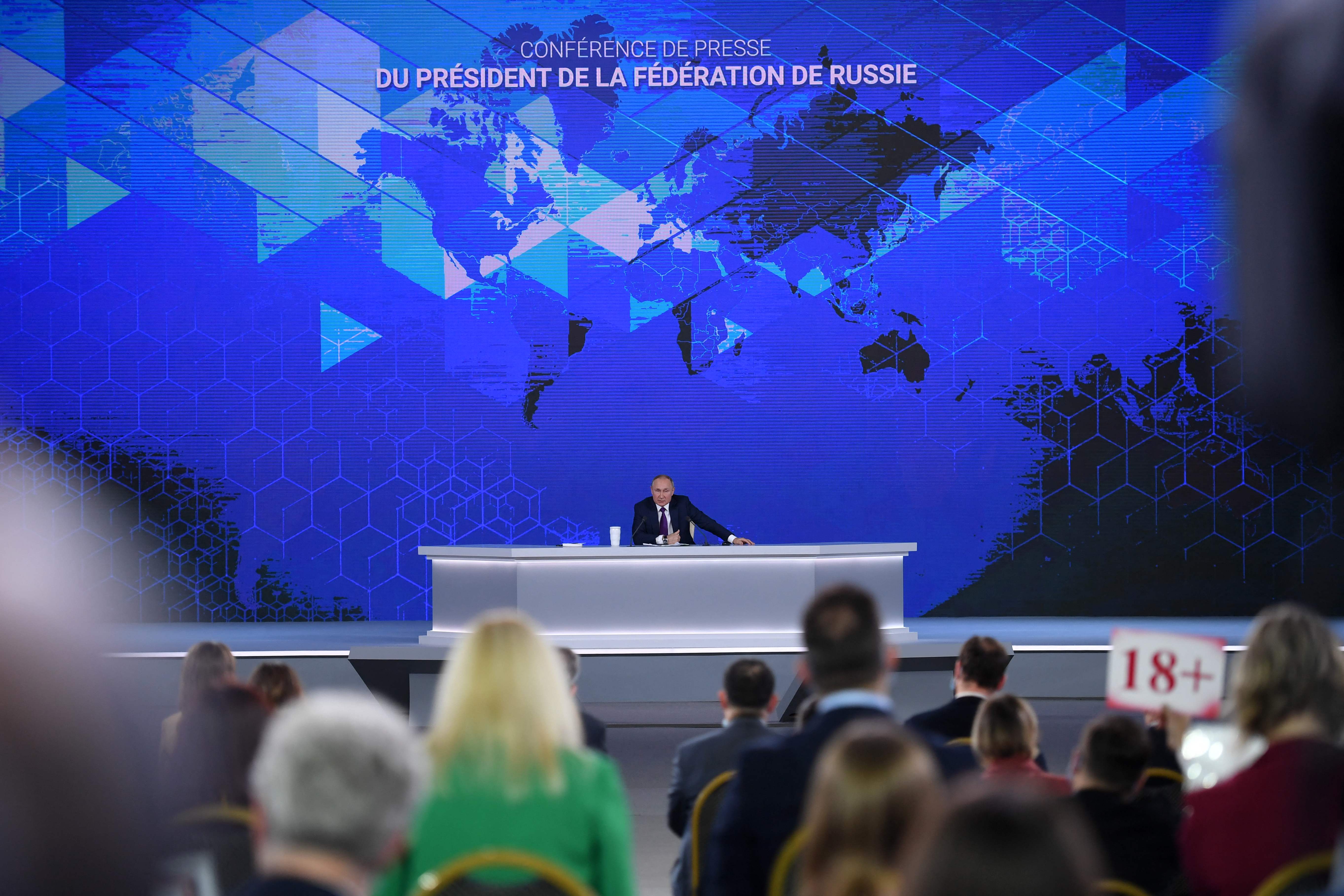 The president of Russia, Vladimir Putin, understands everything, even when he lies. It is logical when they have been in power for 21 years and there is no intention of leaving it. His annual four-hour press conference this past Thursday offers no doubts. The technique is known: the abusive giant laments because he feels weak and threatened. He has counted on the complicity of Lukashenko, the oldest European dictator, to artificially create a refugee crisis on European borders. Nor does its annexationist and destabilizing record abroad, and authoritarian and bloodthirsty at home, leave no doubt. Now it is amassing troops, tanks and weapons on the borders with Ukraine. But it points to the Atlantic Alliance as a threatening organization, while its official media beat the drums of propaganda that attributes the warlike intentions precisely to those who are subjected to its intimidation.

Putin follows the old advice of the president of the United States, Theodor Roosevelt: he speaks softly while wielding the enormous baton of military intervention. When he says that Europeans are guaranteed gas during the winter months, everyone understands that he will turn off the tap if his designs are contradicted. The same is true when he attributes warlike instincts to the United States, the European Union and NATO. The world is changing and Putin believes that this is the moment to take advantage of the weaknesses of Washington, with its democracy threatened at home, and of a doubtful and divided Europe, whose security depends on the United States, its heating systems on Russia and the Arab countries and its borders on the not always diligent cooperation of its authoritarian neighbors.

The objective, openly wielded in public and with peremptory deadlines, is to obtain written and binding guarantees that the Atlantic Alliance will not continue to expand eastward and Ukraine will never join that organization. He wants a new division of Europe like the one Stalin obtained in Yalta in 1945. The proposal means correcting history and accepting the violation of the multilateral agreements of the last half century for which he is primarily responsible, specifically those of Helsinki of 1975, on the integrity of the signatory states and the invulnerability of their borders, and the Budapest memorandum of 1994, signed by Moscow, which maintained the sovereignty and borders of Ukraine, including Crimea, in exchange for the dismantling of its nuclear and ballistic arsenal.

Putin’s Russia is a revisionist power, which pretends to maintain its multilateral commitments but has entered the path of its constant violation. He wields commitments on the establishment of NATO borders and the creation of a gray zone between Russia and Germany of which there is no written and signed trace. Instead, it disregards binding multilateral agreements, just as China has done with Hong Kong.

Such an attitude inevitably evokes the lessons learned from the 1930s, when the appeasement policies of the European powers in the face of Hitler’s threats led first to the annexations of Austria and Czechoslovakia and then to the invasion of Poland and war.