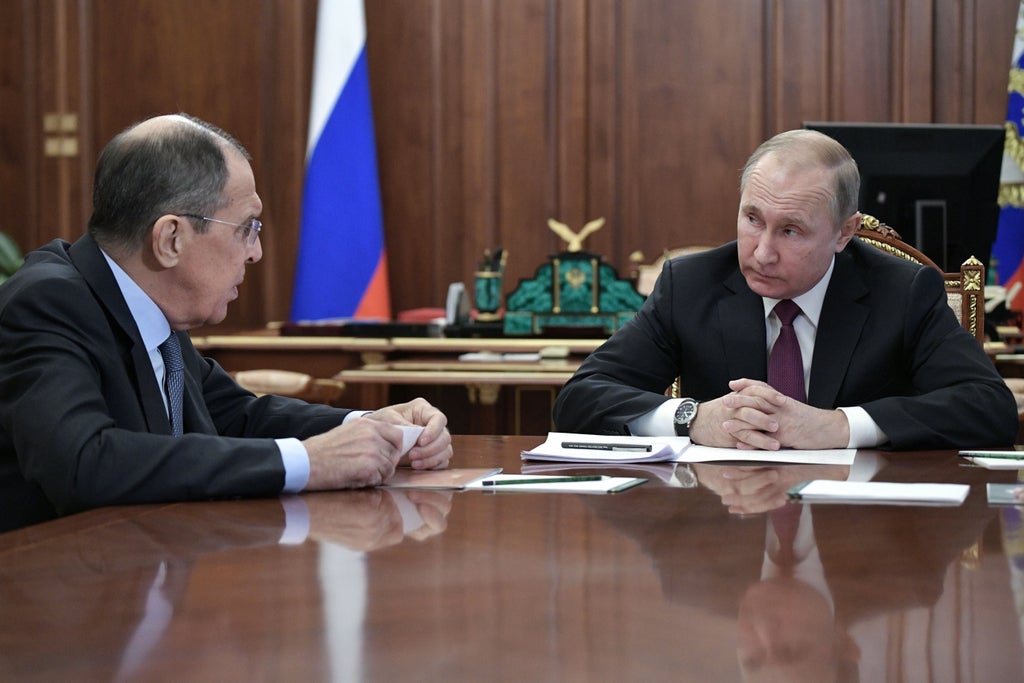 Russia has indicated that it is prepared to keep talking to Western governments to ease tensions over the Ukraine crisis amid warnings of an invasion within days, while a Ukrainian official said Kiev was prepared to make “many concessions” to Moscow.

President Vladimir Putin on Monday asked his foreign minister Sergei Lavrov whether there was a chance of an agreement with the West to address Russia’s security concerns in the midst of negotiations with several leaders.

In a televised exchange, Lavrov said: “We have already warned more than once that we will not allow endless negotiations on questions that demand a solution today. Still, as the foreign minister, I should say that there is always a chance.”

“It seems to me that our possibilities are far from exhausted … At this stage, I would suggest continuing and building them up.”

Lavrov told Putin the US had put forward concrete proposals on reducing military risks, but that responses from Nato and the European Union – which fears Moscow will divide its members – had been unsatisfactory.

Washington and London have warned that Russia could attack Ukraine at any time. US President Joe Biden will call British PM Boris Johnson later on Monday to rally international unity against a potential invasion, according to the White House.

Earlier in the day, the G7 countries had warned Russia of “massive” economic consequences if it did invade, and promised Kiev swift support.

Russia has amassed about 130,000 troops near Ukraine’s borders and is currently carrying out huge military drills with Belarus but denies it is planning to invade, accusing the West of “hysteria”.

The Kremlin has said security concerns would be eased if Ukraine renounced its intention to join Nato. A written demand by Russia that Nato forgo any further expansion eastwards – including Ukraine – has been rejected by the alliance’s members.

Ukraine’s ambassador to Britain on Monday rowed back on comments suggesting that Kiev would reconsider its attempt to join Nato but did say that other concessions could be on offer.

Ambassador Vadym Prystaiko initially told BBC Ukraine that the country was willing to be “flexible” over its goal to join the military alliance before later making a clarification.

“We are not a member of Nato right now and to avoid war we are ready for many concessions and that is what we are doing in conversations with the Russians,” he said.

“It has nothing to do with Nato, which (membership application) is enshrined in the constitution.”

In the latest round of diplomatic talks about the crisis, German Chancellor Olaf Scholz held talks in Kiev with President Volodymyr Zelenskiy, and will meet with Putin in Moscow on Tuesday.

Scholz said he expects clear steps from Moscow to de-escalate the conflict with Ukraine and told reporters he saw “no reasonable justification” for Russia’s military activity near the border.

While Zelenskiy affirmed that Ukraine still wanted to join Nato, Scholz said it was odd that Russia had raised the issue now, when it was “not on the agenda”.

The A400M airplane carried around 70 soldiers of what is expected to grow to a 360-strong German deployment, which comes on top of existing Nato forces in the region, a spokesperson for the alliance’s enhanced forward presence battlegroup said.