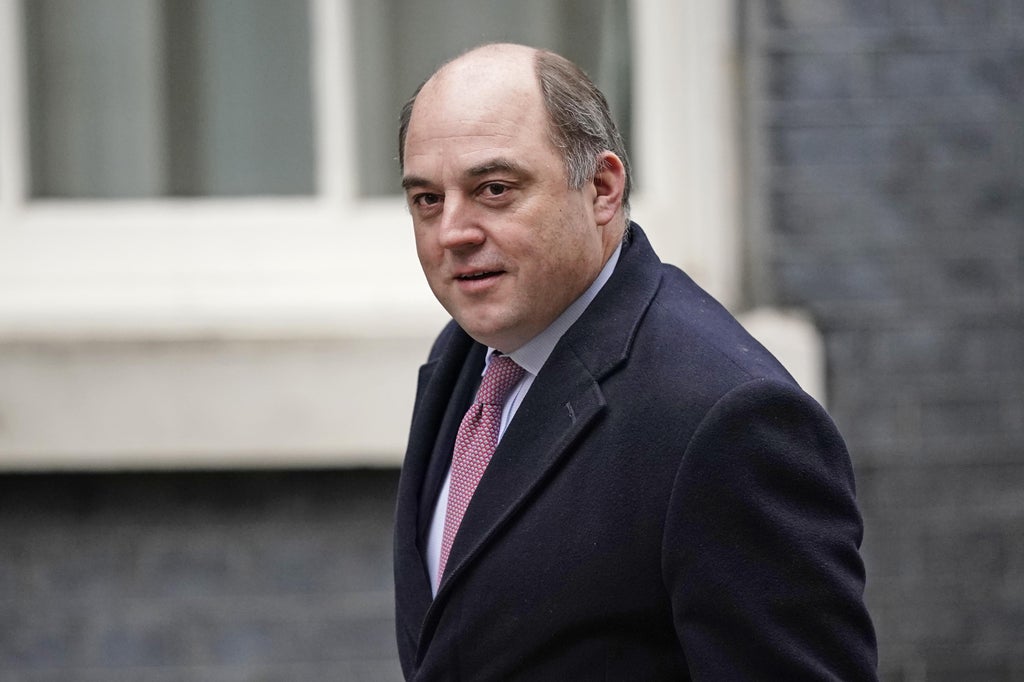 Russia could mount an invasion of Ukraine “at any time”, Defense Secretary Ben Wallace has said as he warned that conflict would have “tragic consequences” for both countries.

Following talks in Moscow with his Russian counterpart Sergei Shoigu Mr Wallace said he had received an assurance the Kremlin was not planning to attack its southern neighbour.

But with 130,000 Russian troops massed along the borders and large-scale military exercises taking place in Belarus, he said they would judge such assurances by Moscow’s actions.

“Currently there’s over 130,000 troops stationed at readiness or exercising – plus warplanes, plus ships into the Black Sea – on the borders of Ukraine and that is an action that is not normal,” Mr Wallace told a news conference in the British embassy.

“It is beyond normal exercising therefore we will judge that statement on the evidence.”

His news took place as Boris Johnson joined other Western leaders on a conference call organized by US President Joe Biden to discuss the situation in the region.

Following a frosty meeting in Moscow on Thursday between Foreign Secretary Liz Truss and her counterpart Sergei Lavrov, Mr Wallace said his discussions with Mr Shoigui had been “frank and constructive”.

While he said that he took the minister’s assurances “seriously”, he admitted that he was less optimistic than he had been previously that there could be a diplomatic solution to the crisis.

He said the current disposition of Russian forces meant they could do “a whole range of actions, including an invasion of a neighboring country, at any time”.

“I was clear about the tragic consequences that any invasion of Ukraine could have for all people – both Ukrainian (and) Russian – and the security of Europe,” he said.

“I think we have had a constructive and frank discussion and I hope it has contributed to a better atmosphere but also to de-escalation, but there is still considerable way to go between the two of us.”

He said they had he discussed “confidence building measures” as well as the importance of implementing the Minsk Agreement, brokered by France and Germany, which was supposed to end the fighting between the Ukrainian military and Russian-backed separatist rebels in the east of the country.

“I reiterated that, to its very core, Nato is defensive. We are not interested in dividing and ruling Russia. We are not seeking confrontation,” he said.

He said that 2,000 anti-tank missile launchers supplied by the UK to the Ukrainian military were purely defensive.

I have added: “They’re not strategic, they’re short range. They are designed really for the protection of infantry at short range from armor he said.

“They in no way would pose a threat to an external state as long as that state did not invade that country.”