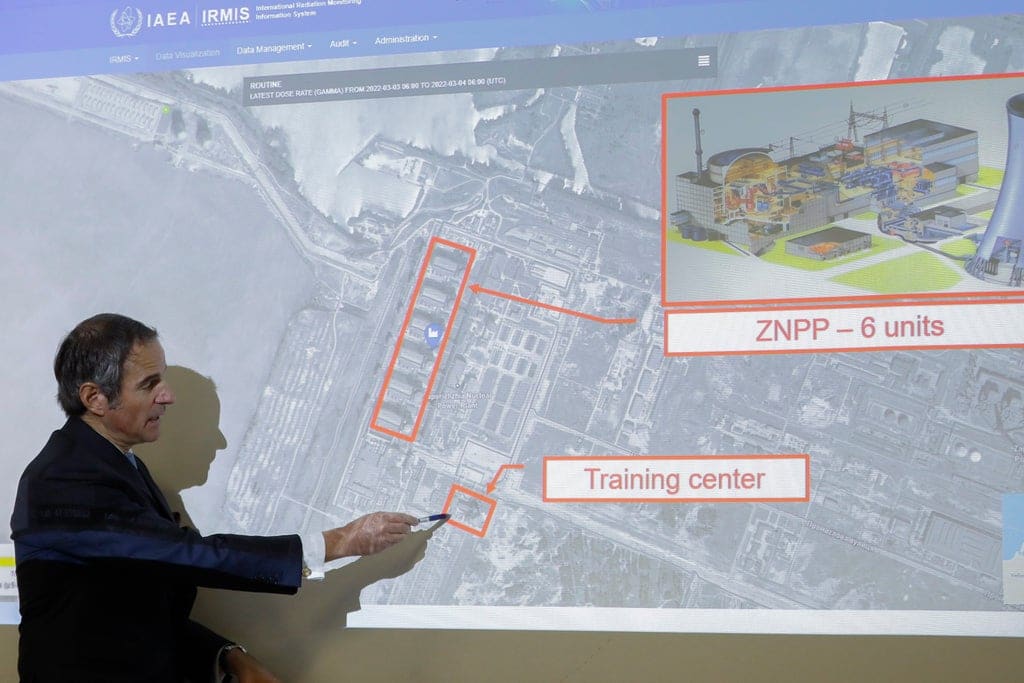 Russia could be attacking nuclear plants in Ukraine so it can blackmail the international community, a global energy expert has warned.

Putin’s forces have seized control of two plants since the invasion of Ukraine began two weeks ago, most recently Zaporizhzhia, Europe’s largest, and Chernobyl.

But while ‘absolutely strategic’ for Russia, gaining control of such dangerous facilities comes with risk for Moscow too, Dr Aura Sabadus says.

Asked why Russia might have wanted to take the plants, Dr Sabadus told the Independent said one reason was “because they could threaten – essentially they could blackmail – the international community, Ukrainian authorities.”

She added: “In fact, they actually even fired at these power plants. It was lucky, I would say, only a training center adjacent to the reactors was hit.”

The expert also said: “The other reason is that these power plants guarantee a steady supply of electricity.”

“At the moment Ukraine is operating under full isolation mode, so it is completely unplugged from neighboring grids including Russia and Belarus.

“So I would imagine that Russia would try to create some kind of havoc and ensure that Ukraine cannot sustain the system.

“Fortunately, up until now the system has been working incredibly well.

Speaking about the potential for blackmail over creating a hazard, she said: “If there is any damage to these power plants, if there’s any radioactivity, that’s not going to affect just Ukraine or Western Europe but also Russia itself – the wind can blow anywhere .”

Russia’s attack on Zaporizhzhia in the Ukrainian city of Enerhodar last week was met with widespread condemnation by western leaders due to the inherent risk of attacking a nuclear facility.

In an emotional speech in the middle of the night, Ukraine’s president Volodymyr Zelensky said he feared an explosion at Zaporizhzhia would be “the end for everyone. The end for Europe. The evacuation of Europe”.

Dr Sabadus said: “It was lucky that only a training center adjacent to the reactors was hit, but anything can happen.”

The ICIS analyst added that the attack on Zaporizhzhia is “certainly sending a very scary message to everyone” but she hopes that “some kind of sense will prevail”.

Dr Sabadus said the attack on the nuclear plant may also be an attempt to block Ukraine’s power supply.

Since the invasion began, Ukraine has been generating nearly all of its own electricity and relies on four nuclear plants which provide more than 50% of Ukraine’s electricity, according to Malcolm Grimston, Senior Research Fellow at the Imperial Center for Energy Policy and Technology.