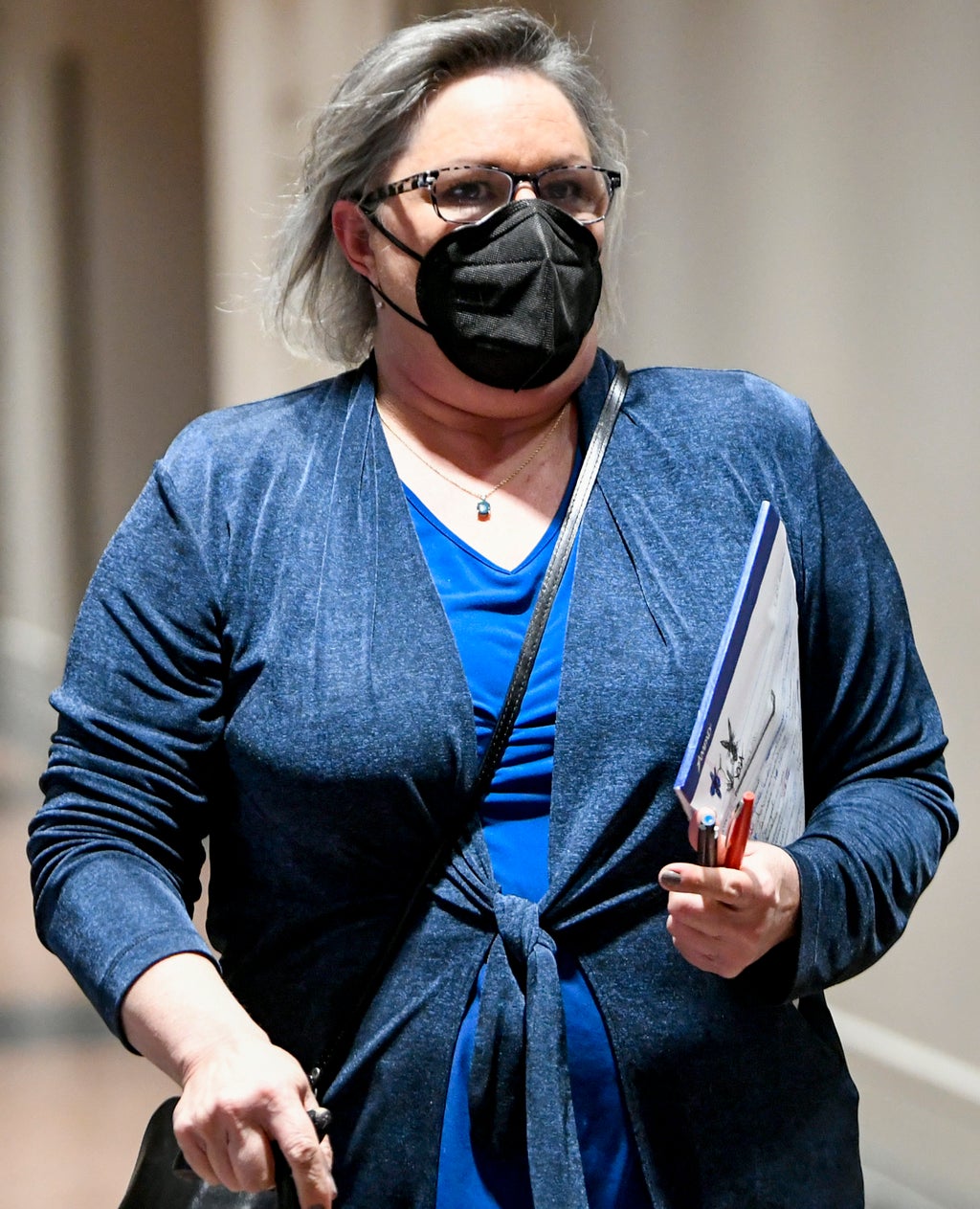 A woman who said failed US Senate candidate Roy Moore sexually touched her when she was 14 testified on Wednesday that she was glad people were “seeing him for what he did to me” with the allegations that upended his 2017 campaign.

Leigh Corfman took the witness stand for the second day of a trial involving dueling defamation lawsuits that she and Moore filed against each other in the wake of a sexual misconduct allegation. Corfman testified earlier that Moore sexually touched her after he brought her to his home in 1979.

Moore denied the accusations, but they overshadowed the conservative Republican’s 2017 campaign as Moore ultimately fell in a stunning red state defeat to Doug Jones the first Alabama Democrat elected to the Senate in 25 years. Republican Tommy Tuberville defeated Jones in the next election.

Wednesday’s testimony brought testy exchanges during cross-examination from lawyers for Moore, who rose to prominence in state politics after hanging a Ten Commandments plaque on a courtroom wall. Moore was also twice elected and removed as chief justice of the Alabama Supreme Court.

Moore’s defense, which is trying to portray Corfman as being motivated by fame or politics, questioned her about text messages she sent around the time The Washington Post published her account and the accounts of other women who said Moore pursued romantic relationships with them when they were older teens.

During questioning, an attorney for Moore read texts that included Corfman writing about starting a “big old firestorm,” about how she could now refer requests to “my people” and about being included in a 2017 Time Magazine “person of the year” article about many women who came forward that year about sexual harassment and assault allegations.

Asked Wednesday if she was glad Moore’s reputation and Senate campaign were being damaged, Corfman replied, “I was glad people were seeing him for what he did to me.”

Moore attorney Melissa Issak questioned Corfman about providing a photo of her and a list of names to the Washington Post, and another saying “let the games begin” after the article was published.

“This is a big game to you, isn’t it, Miss Corfman,” Isaak asked.

“No this is not a game to me. This is personal,” Corfman replied.

Corfman said all she wanted was an apology from Moore and an acknowledgment of what happened. “A simple I’m sorry and we would never be here,” Corfman said, adding, “and he would probably be in the Senate.”

Corfman’s lawyers presented other witnesses Wednesday to try to bolster her account of Moore’s behavior.

A woman testified about meeting Moore in 1977 when she was 17 or 18 at a mall where she worked. She said Moore asked her out more than once, including calling her high school where she was pulled out of trigonometry class to take the call. After seeing a movie with Moore, she testified, he drove her to back to her car and gave her a passionate, unwelcome kiss. She said she didn’t see him again.

Coffman’s attorneys also played video depositions from two of Coffman’s childhood friends, who said she confided in them about seeing a much older man, although only one said she identified Moore.

Cross-examination brought sparring back and forth with a psychologist, Barry Burkhart, who testified as an expert witness for Corfman’s side. He said it’s typical for adolescent girls to only tell their closest friends about sexual abuse — if they tell anyone at all — and not to tell their parents until reaching adulthood. Corfman said she didn’t tell her mother until she was an adult and Moore was in the news.

Moore’s attorney questioned Burkhart about false accusations and asked if he was aware of dedicated projects to overturning wrongful convictions as well as the famous case of the Scottsboro Boys, young black men falsely accused of rape in 1931.

Asked a question about bias and whether sexism exists, Burkhart responded, “The most clear example is in a rape case and you see the victim tried instead of the defendant.”