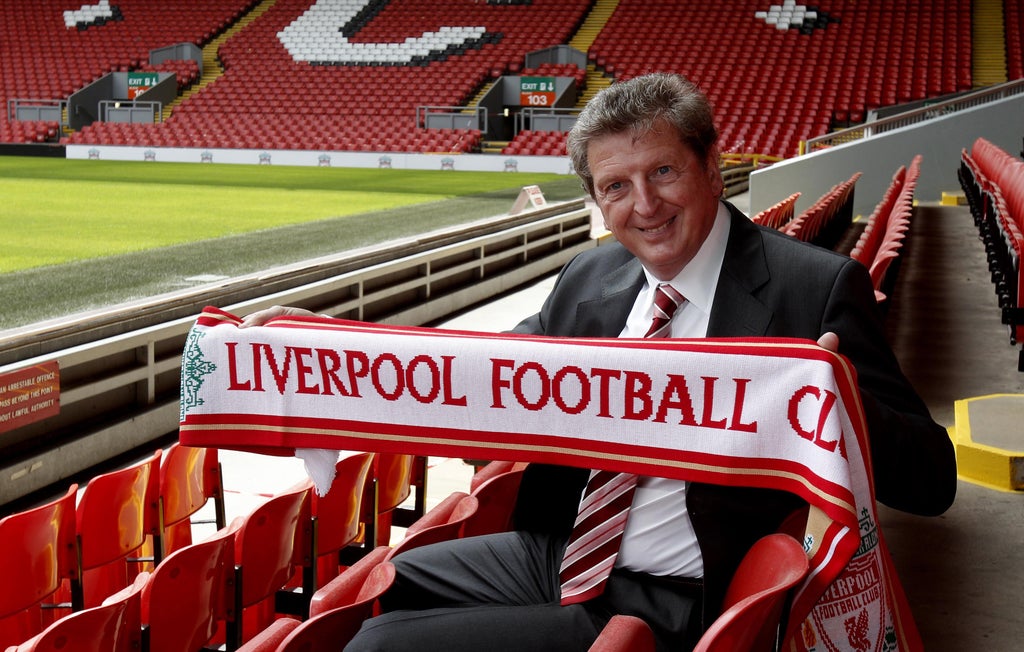 Watford have appointed Roy Hodgson to his eighth managerial job in English football.

The 74-year-old, already the oldest manager in Premier League history during his time with Crystal Palace has now managed 17 clubs and four national teams in a coaching career spanning 47 years and eight countries.

Here, the PA news agency looks at his record in his homeland.

After beginning his managerial career in Sweden with Halmstad, Hodgson’s first job in England was a brief and unsuccessful spell at Bristol City, winning only three out of 21 games in just under four months in charge. City were relegated to the Fourth Division before being declared bankrupt while Hodgson headed back to Sweden with Orebro and Malmo, on to Switzerland with Neuchatel Xamax and the national team and then to Inter Milan in Italy.

Blackburn, champions three seasons earlier, tempted Hodgson back to England and he led them to sixth in the Premier League and UEFA Cup qualification. Things turned sour the following season, though, with a first-round exit to Lyon in Europe and just two wins from their first 14 league games before Hodgson left in November 1998 with Rovers bottom of the table. Brian Kidd was unable to save them from relegation.

After another lengthy spell overseas with Inter and Udinese in Serie A, Scandinavian clubs Copenhagen and Viking and the national teams of Finland and the United Arab Emirates, Hodgson returned home for arguably his most successful job in England. He won 50 of 128 games in charge, saving Fulham from relegation in 2007-08 and then leading them to seventh and 12th-placed finishes and a memorable Europa League final in 2010. They finished second behind Roma in their group and knocked out teams including Juventus and final hosts Hamburg before taking Spanish giants Atletico Madrid to extra time, going down 2-1 to Diego Forlan’s brace in Hodgson’s last game in charge.

Hodgson’s efforts at Craven Cottage earned him the chance to succeed Rafael Benitez at Anfield but his time in charge lasted barely six months. He was sacked with the team 12th in the league after winning only seven of their first 20 games, with a League Cup exit to League Two side Northampton also damaging his standing. His 41.9 per cent win rate remains his highest with an English club but was a poor return on the resources at his disposal.

Hodgson replaced Roberto Di Matteo at the Hawthorns just over a month later and lifted Albion from 17th in the table to 11th at the end of the season. A 10th-placed finish in 2011-12 and a creditable 37 per cent win rate helped pave the way for the most high-profile job of Hodgson’s career.

Hodgson replaced Fabio Capello as national team boss, leading them to the Euro 2012 quarter-finals and a record third place in the FIFA world rankings – but dismal exits followed in the 2014 World Cup group stage and to minnows Iceland in the last 16 of Euro 2016. He finished with 33 wins from 56 games, plus a 6-0 win over Scotland in an under-21 friendly, though the standard of opposition in tournament qualifiers contributes to that 59 per cent success rate. His reign began and ended amid shambolic scenes, first over the non-selection of Rio Ferdinand for Euro 2012 – as England team-mate John Terry prepared to undergo trial for allegedly racially abusing Ferdinand’s brother Anton – and ultimately in a press conference after defeat to Iceland in which Hodgson, who had resigned after the game, said: “I don’t really know what I’m doing here.”

Taking over after Frank De Boer’s reign lasted just four games, Hodgson recovered from what became a seven-game losing start to lead his boyhood club to 11th. They finished 12th the next season and then 14th twice in a row, winning 54 of their 162 games under Hodgson – exactly a third – before he stood down at the end of his contract last summer.