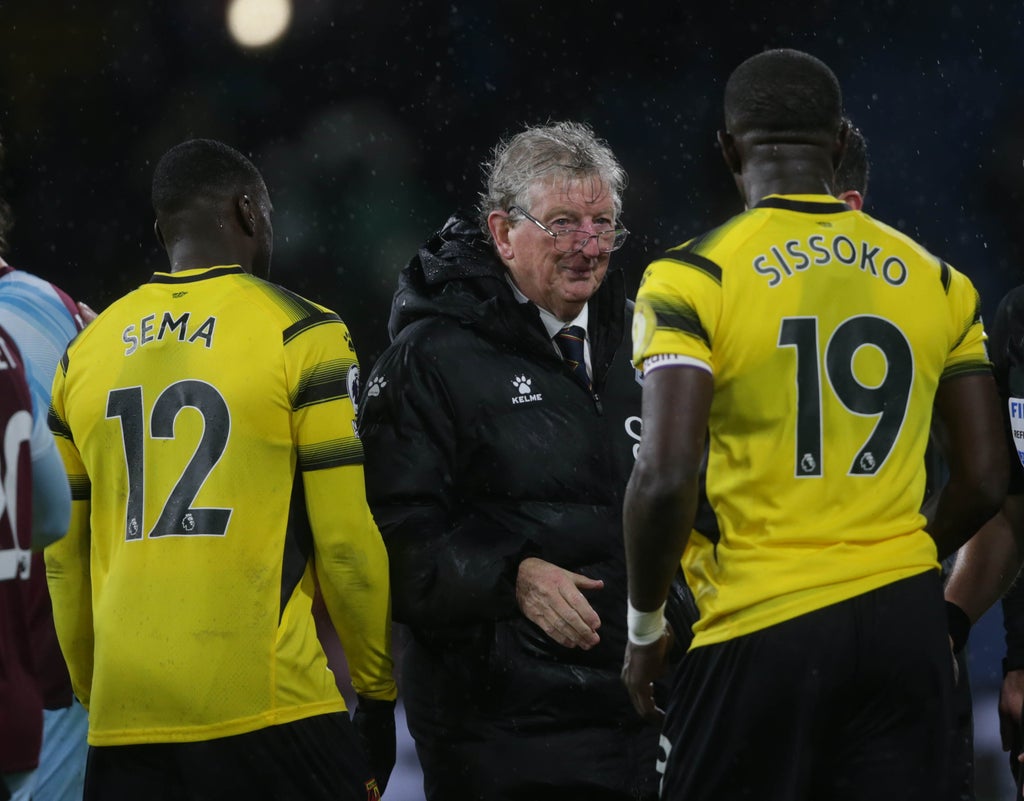 Roy Hodgson told his Watford players to build on a first Premier League clean sheet in 31 attempts after they frustrated relegation rivals Burnley but warned them it would be “foolish” to think they have solved their defensive problems.

Hodgson’s first game in charge of the Hornets yielded a point in horrible conditions as Turf Moor was battered by heavy rain and wind, but an often desperate contest between two sides in the bottom three was short on quality and suggested a long struggle remains ahead for both .

Burnley could take some encouragement from the link-up between deadline-day signing Wout Weghorst and the returning Maxwel Cornet but Watford will have come away the happier after their first top-flight clean sheet since February 29, 2020 – a period during which they have gone through six managers.

“I’m more than satisfied with the team’s performance,” Hodgson said. “I thought we worked really hard at a notoriously difficult venue to come to. The wind and the rain didn’t help, we’ve got a lot of players who have just joined from foreign teams and they had to adapt but they stood up to it well.

“I thought if any team shaded it it was us and we had some really quite good chances. I certainly think it would have been very harsh had we lost the game, so as a result we have to be satisfied with one point.”

Ben Foster twice denied Cornet, while Weghorst saw a shot deflected on to the crossbar, and Hodgson will recognize that his side still conceded a number of a chances to a Burnley side who have not scored a league goal since a 3-3 draw with Crystal Palace on November 20.

See also  Banamex: Banking employers in Mexico respond to Citi's departure: "It's not a bad sign"

“I think that’s the crux of it,” Hodgson added. “A clean sheet as an event isn’t that important, but we can show the players that the work they’ve put in in the last 10 days, they’ve taken on board some of the messages that we’ve put forward.

“That’s encouraging, but it would be very foolish to think that all is well.”

Having been lured back into management by what he labeled “a siren call” from Watford, Hodgson could have been forgiven for wondering if it was all worthwhile as he stood drenched on the touchline.

“I was so thickened in the game, I won’t say I didn’t notice the rain and the wind of course, but it was more the way it was affecting the game,” he said. “It was only after, when I saw how wet I’d become, I realized it wasn’t a nice afternoon.”

Sean Dyche used to the worst that the Lancashire weather can throw at him, said they were the harshest weather conditions he could remember at the ground, but, like Hodgson, he remains more concerned with long-term headwinds building up against his side.

Still with only one win all season, Burnley remain rooted to the foot of the table and grappling with the same problems that have dogged them for months – a lack of cutting edge and an inability to turn draws into wins.

“It was a familiar scenario,” Dyche said. “We looked solid, we affected the game and at times created chances that we didn’t finish off.

“On the other hand it’s another clean sheet which is pleasing and it’s something to keep building on.”

Burnley could be forgiven for being slightly rusty after a string of postponements – this game was being played at the third attempt – but Dyche knows there is no time left for excuses. Points are needed.

“It is a performance that could have got the win but we didn’t,” he added. “We have to start turning the draws into wins.”