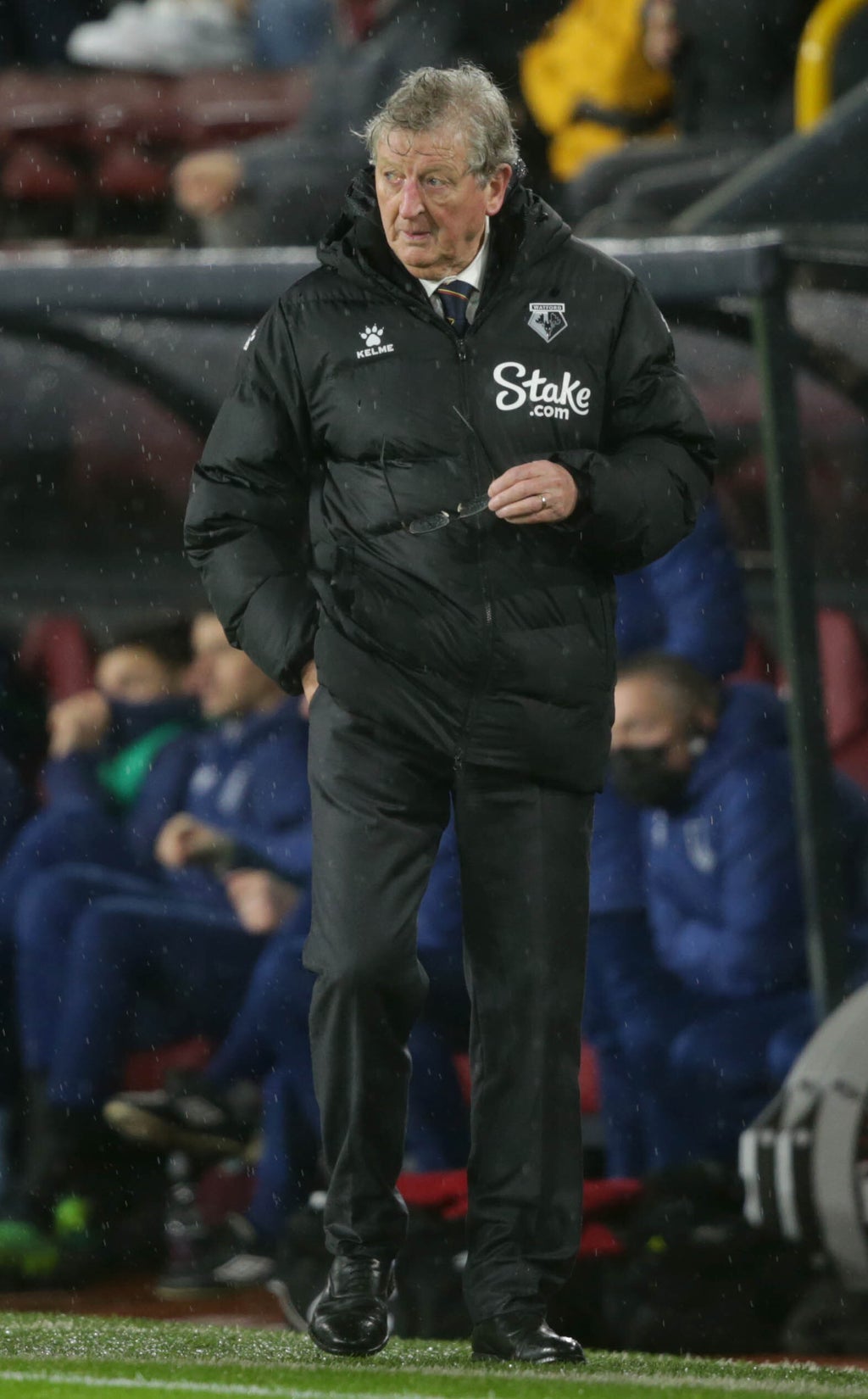 Roy Hodgson’s first game in charge of Watford ended in a goalless draw at Burnley which leaves both sides still fearing for their Premier League future.

Hodgson, the Premier League’s oldest ever manager at 74, said this week he had been lured back in by “a siren call from the mermaid as the sailor passes by on his ship” but, as he stood drenched on the Turf Moor sidelines, the scale of the task he has inherited was laid bare.

He will take the positives from a first Premier League clean sheet in 31 attempts, but that was as much to do with the chances that Burnley passed up as by major improvements in the Hornets defence.

For their part, the Clarets looked invigorated by the arrival of deadline day signing Wout Weghorst but still could not find the cutting edge they need to stay in the division.

Sean Dyche’s side still only have one league win all season – the only team to reach this stage of a Premier League campaign with one or fewer wins to their name and survive was West Brom in 2004-05.

And so – after finally playing a fixture originally scheduled for December 15 and twice postponed – both sides remain stuck in the bottom three, wondering where salvation might come from.

Energized by Weghorst’s arrival and the return of Maxwel Cornet from the Africa Cup of Nations, Burnley started brightly, with the front pair combining to carve out a series of chances.

Dwight McNeil bent the first one over before a slip from Craig Cathcart almost sent Weghorst clean through on goal.

Nick Pope’s long punt was flicked on by Weghorst to Cornet. Cathcart forced him wide but the Burnley man still tested Ben Foster with a powerful shot on the angle.

But Burnley’s unforced errors offered Watford hope at the other end.

James Tarkowski had to make a brilliant recovering tackle to deny Joao Pedro a close-range shot after they squandered possession, and the big centre-half got just enough of a toe to Juraj Kucka’s low cross to keep it away from Joshua King in front of goal.

King then beat the offside trap to reach Hassane Kamara’s angled pass, only to shoot straight at Pope.

From the resulting corner, Pedro’s header took a touch off Ben Mee before being hacked off the line by Aaron Lennon.

The half ended with a Watford penalty appeal. Ken Sema’s header hit Connor Roberts on the arm and Craig Pawson waved play on, but, after he blew for half-time, Watford’s players surrounded the referee.

Pawson had to call a number of Burnley players back on to the pitch to await the verdict from VAR – no penalty.

Within seconds of the restart Burnley hit the crossbar. Fed by Ashley Westwood, Weghorst did brilliantly to flick the ball around Samir, but, as Kamara slid in to block his shot, the ball ballooned up and over Foster before bouncing clear.

But the errors continued. Mee under-hit a pass to Tarkowski and Pedro stepped in, running at goal but over-hitting his own pass to King, who could not test Pope as the angle got away from him.

Pope was required on the hour as Kucka’s cross from deep found Pedro unchallenged, but his header was straight at the goalkeeper, as was the Brazilian’s next shot after being played in by King in the 66th minute.

It was increasingly desperate towards the end. Cornet was played in by substitute Jay Rodriguez but saw his shot clawed away by Foster before Rodriguez headed just wide and Erik Pieters tried his luck from range.

Watford substitute Tom Cleverley brought a good save from Pope late on, but neither side had the quality to win it.

It remains unclear if either has the quality to survive.