By Glen Owen and Brendan Carlin for The Mail on Sunday

Jacob Rees-Mogg is at the center of a Government row over plans to make tech giants such as Google and Facebook pay newspapers and other media outlets for using their stories amid claims the Cabinet Minister had been framed for delaying the legislation.

The Digital Competition Bill has been drafted to give legal powers to a new Digital Markets Unit (DMU), which is intended to ensure that social media companies pay fairly for news publishers’ content and don’t stifle all competition in digital advertising.

The Bill was due to be introduced in the Queen’s Speech in May and debated in the subsequent parliamentary session, but senior Government sources say it is now unlikely to be passed into law until late 2023.

The sources claimed it was being blocked by Mr Rees-Mogg, the Brexit Opportunities Minister, on the grounds that it was ‘poorly drafted’ and because he objected on principle to over-regulation.

The delay means planned EU regulation to prevent large companies abusing their market power in Europe is likely to become law before the UK’s version.

However, the claim was denied last night by allies of Mr Rees-Mogg, who said he was in favor of the Bill – but was being framed by Government figures who wanted to give priority to legislation paving the way for the privatization of Channel 4.

One ally said: ‘No 10 told Culture Secretary Nadine Dorries that there wasn’t enough legislative time for both measures.

‘When he was still Leader of the House, Jacob queried whether the Department for Digital, Culture, Media and Sport could deal with its various legislation from a time-table point of view, but he has no objection to this Bill at all. Because they know the delay will be unpopular with the media, they are trying to frame Jacob for it.’

Mr Rees-Mogg himself said: ‘I am not responsible for the legislative program as I am no longer leader of the House. I am not involved with this Bill.’ 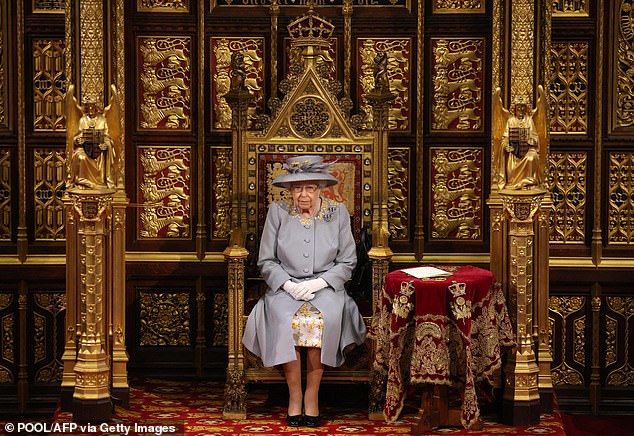 The Bill was due to be introduced in the Queen’s Speech in May and debated in the subsequent parliamentary session, but senior Government sources say it is now unlikely to be passed into law until late 2023

The Digital Competition plans are modeled on a system that has been introduced in Australia under which the platforms are encouraged to negotiate payment deals with news organisations. If the negotiations fail, an independent arbitrator sets a fair price.

Ms Dorries said in February that she was looking to introduce ‘Australia plus plus’ and ‘Australia with bolts on’, because regulating so-called Big Tech would help Britain’s media organizations survive in an era in which most consumers have grown used to getting their news for free online.

She added that she had seen ‘the pervasiveness of Big Tech’ when she was a Health Minister ‘and I see what it’s doing to our democracy and our press from this department’.

Ms Dorries has told her officials that the DMU should be given ‘robust powers’ to ‘drive fair terms between publishers and platforms’ by introducing a binding arbitration, and be ‘explicitly granted new powers to act swiftly and effectively where the regulator finds that a platform has not offered fair and reasonable remuneration for its use of publisher content’.

The DMU is also likely to be tasked with investigating the algorithms used by search engines such as Google, which many news organizations believe are manipulated to direct search inquiries disproportionately towards Left-leaning news organizations and filter how people read and access news to the detriment of quality, paid-for journalism.

The Digital Markets Unit is also being given powers to levy large purposes on online companies to prevent customers or companies from being treated unfairly and to make tech firms give smaller rivals access to their vast troves of data.

Google and Facebook took about four-fifths of the £14 billion spent on digital advertising in the United Kingdom in 2019, while national and local newspapers took less than four per cent.

Facebook argues that it already helps to support UK publishers by paying tens of millions of pounds to national and local outlets to be part of Facebook News, and as part of the Community News Project, which funds 80 trainee reporters in newsrooms across the country.