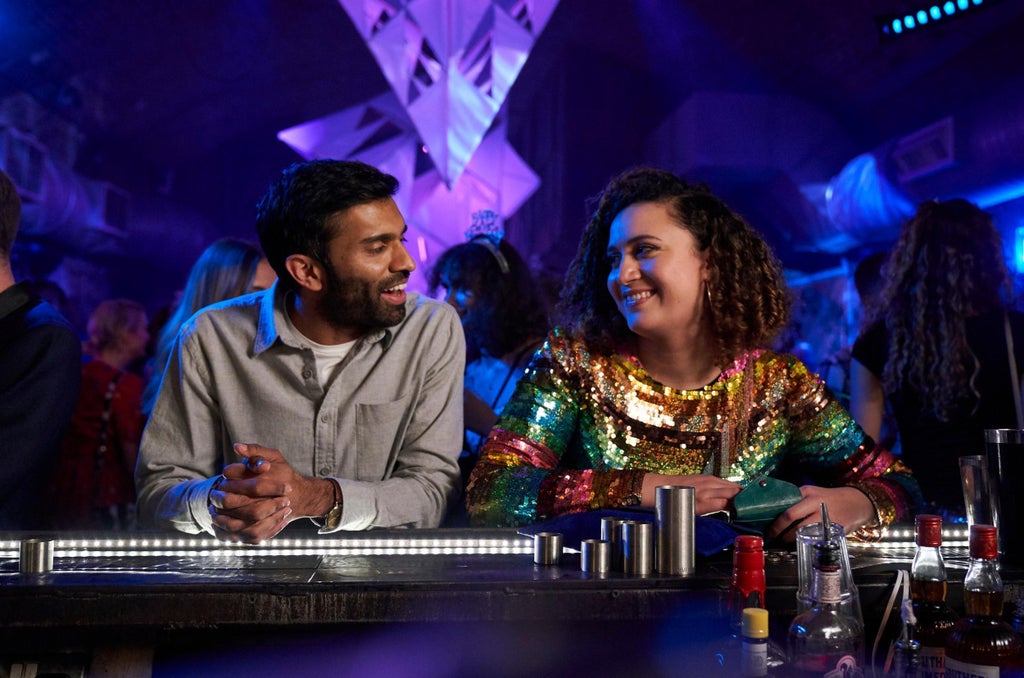 Three years into my life in London, I finally feel like I’ve settled into things a little bit. But it wasn’t always like that. The first couple of years in this big, bad city, after I moved from New Zealand, were characterized by chaotic decisions, too many pints, failed job applications, desperately lonely stretches and a general question mark over whether I really, truly belonged here.

All of this is so perfectly captured in Rose Matafeo’s show, Starstruck. Matafeo is a UK-based Kiwi comedian, writer, TV presenter, actress and performer. She is also, for want of a better term, a bloody legend. For a New Zealander like me, she’s kind of like your best friend’s extremely cool yet friendly and accessible older sister who you consistently look up to and definitely want to be.

Starstruck – season two came out this week – is a deeply funny and brutally honest romcom. But for Kiwis it is also so much more than that. The Office for National Statistics estimated that, in 2015, there were around 59,000 New Zealanders living in the UK. You can hardly throw a stone in London without hitting one of us damn Kiwis. One of my favorite personality traits is continuing to act surprised/delighted whenever I meet another New Zealander in London, despite it being almost a sure thing that I’ll encounter one looking for lettuce in my local corner shop.

The infamous Facebook group “Kiwis in London” has almost 100,000 members. When I told a family friend I was moving here in 2018 she looked at me appraisingly: “Oh, you’re doing The London Thing?” (This, I will admit, sent me into a tailspin. What does she mean, “The London Thing”? I am obviously unique and different. This is such a big life decision for me. Am I really just another sheep in a flock of Kiwis departing for bigger and hopefully better things?).

Despite the huge numbers of us, moving halfway across the world is still an immensely difficult thing to do. You’re jumping headfirst into the deep end, without a support system, a home or a job. What Matafeo does so incredibly in Starstruck is somehow summarizing this experience in its entirety – the good, the bad, and the ugly.

The TV show may purport to be about the “will they/won’t they” love story between Tom and Jessie, but really, I think it’s about the Kiwi experience in London. It is such a distinct environment to navigate. You’re in this incredibly foreign place, and yet on many levels you belong: you speak the language, there are cultural overlaps and, crucially, you encounter multiple people just like you.

In season one of Starstruck, Matafeo’s character, Jessie, makes the decision to leave London for good. One line has stuck with me from that season. Jessie’s colleague asks her what she’s doing here, referring to the fact that she wasn’t supposed to be working a shift that day. Jessie misinterprets this, thinking they mean London in general and responds: “I don’t know. I’ve just spent a day doing a sh*tty job because I can’t afford not to do it because I just got fired from my other sh*t job. So I’m busting my ass to stay in a city I’m not even from. Like I… I didn’t choose to move here. But I decided to stay and… I don’t even know why I did because I f**king hate it here half the time anyway. People are so mean here. The air is literally poison. Everyone I know here is an alcoholic… I don’t have anything to show for my time here. I work at a cinema for pretty much no money. I haven’t done anything… It’s not like I have any family here either.”

It is a moment of striking vulnerability in a TV show that tends to show its Kiwi-ism through our affinity for self-deprecating jokes and a tendency to overshare with near strangers. This is perhaps best characterized by co-writer Alice Snedden’s dead-pan character Amelia. In season two she rocks up to a party with a bag of beers. “F**kin’ hell, look at this place” she chimes in a heavy Kiwi accent. “Yes, but lower your voice,” says Jessie’s English housemate Kate (played by Emma Sidi who is, incidentally, also Matafeo’s housemate in real life). This interaction has been replicated so many times throughout my life in London – my at times brash Kiwiness starkly contrasting with the traditional attitude of a Brit.

I would say almost every New Zealander in London has felt like Jessie at some point. I’ve made multiple plans to move home. During lockdown – despite the fact I basically couldn’t get into the country – I applied for at least three jobs in New Zealand. The compact size of your support system can leave you feeling like you have no one, when really, you probably have multiple people who love you.

Sometimes living in London can feel like sleepwalking, constantly moving between the tube, the pub, social occasions and work. You can get caught up in the cycle, two years passing in what feels like a moment. Life at home tends to function at a much more laid back pace. Everything is closer together, you can hardly step out of your front door without bumping into someone you know and it seems like the country actually wants to make life easy for you. That’s why so many of us move, of course. We’re just hankering to spend our days squashed into someone’s armpit on a very sweaty tube carriage.

But when you pause, take stock, and open your eyes for a moment, you realize that while it’s hard, it’s also worth it. And that while there are times when you might feel alone, that’s part of what you wanted when you decided to take the leap. Much like Jessie in Starstruck, you decide to get off the bus and stay. There might be a few less movie stars in your story, but usually it’s still worth it.