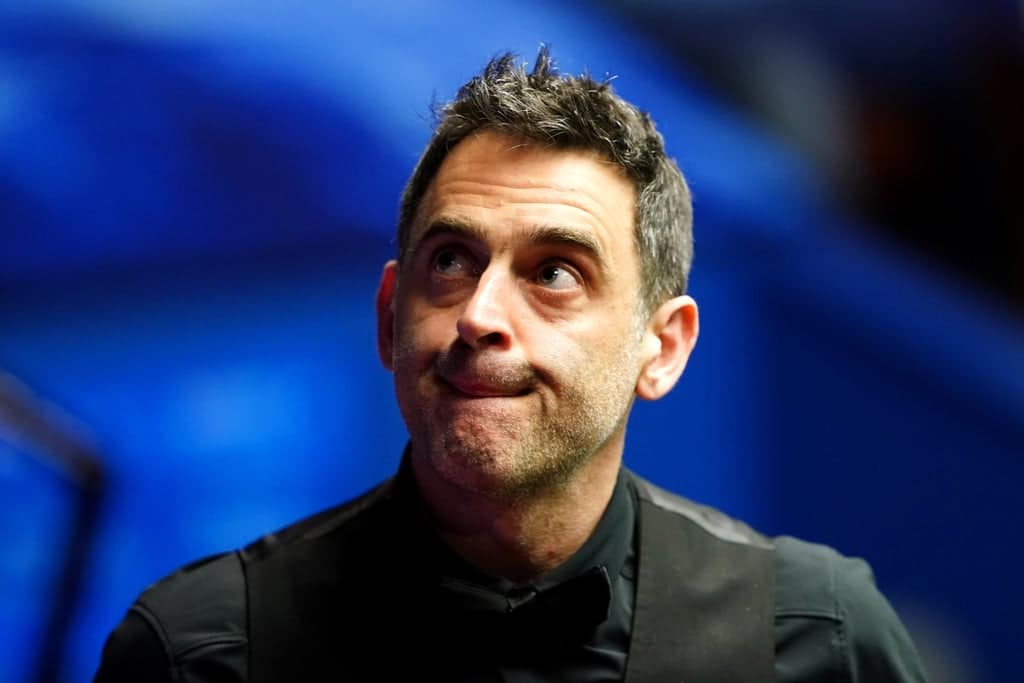 Ronnie O’Sullivan could be sanctioned after appearing to make a lewd gesture at the World Snooker Championship.

O’Sullivan missed a black off the spot in the 13th frame of his 10-5 first-round victory over David Gilbert and appeared to make the gesture while walking back to his seat.

“We are aware of the incident and it has been referred to the WPBSA disciplinary committee,” a World Snooker Tour spokesperson told the PA news agency.

Six-time world champion O’Sullivan, 46, who will meet Northern Ireland’s Mark Allen next at the Crucible, faces a possible fine.

Allen criticized the quality of the table after grinding his way to a 10-6 opening-round success against Scott Donaldson.

Allen was far from his best in a scrappy encounter but built on a 5-4 first-session lead to secure his place in the last 16.

“I struggled a little bit with the table,” Allen told Eurosport. “It wasn’t the best I’ve ever played on. It actually got worse as the day went on.

“Me and Scott both had to speak to the ref to see if it was the same set of balls this evening because the table played completely different.

“It was tough. It doesn’t lend itself to the prettiest of snooker when you’re getting big bounces and scared of when it’s going to come.”

Allen extended his lead to 7-4 in the second session, but a missed red in the 12th frame cost him dear as Donaldson settled his nerves to reduce the deficit.

Donaldson won the next frame before the interval, but Allen eventually found some form to close out victory with the best snooker of the match.

Allen said: “To make it 2-2, I felt I got out of jail a little bit because he was by far the better player at that point.

“Scott was getting on top, real good safety and I had a lot of awkward shots. I was just hanging in there.

“I had to find a bit of form because I didn’t think I had much at the start.

“I controlled it from there, but there were still one or two mistakes which you can’t afford to be making.”

Bingham, known as one of the game’s great break builders, produced a 140 clearance in the eighth frame.

The 2015 champion lost the first frame after running out of position on a 46 break.

Lyu, ranked 64 in the world, capitalized on Bingham missing a frame-winning blue, but was soon 2-1 down before replying with a break of 103 to level.

Bingham took control after the interval to take a four-frame lead before Lyu responded late on.

Three-time Crucible champion Mark Williams advanced to round two with a 10-3 victory over fellow Welshman Michael White – he will now face another compatriot in Jackson Page.