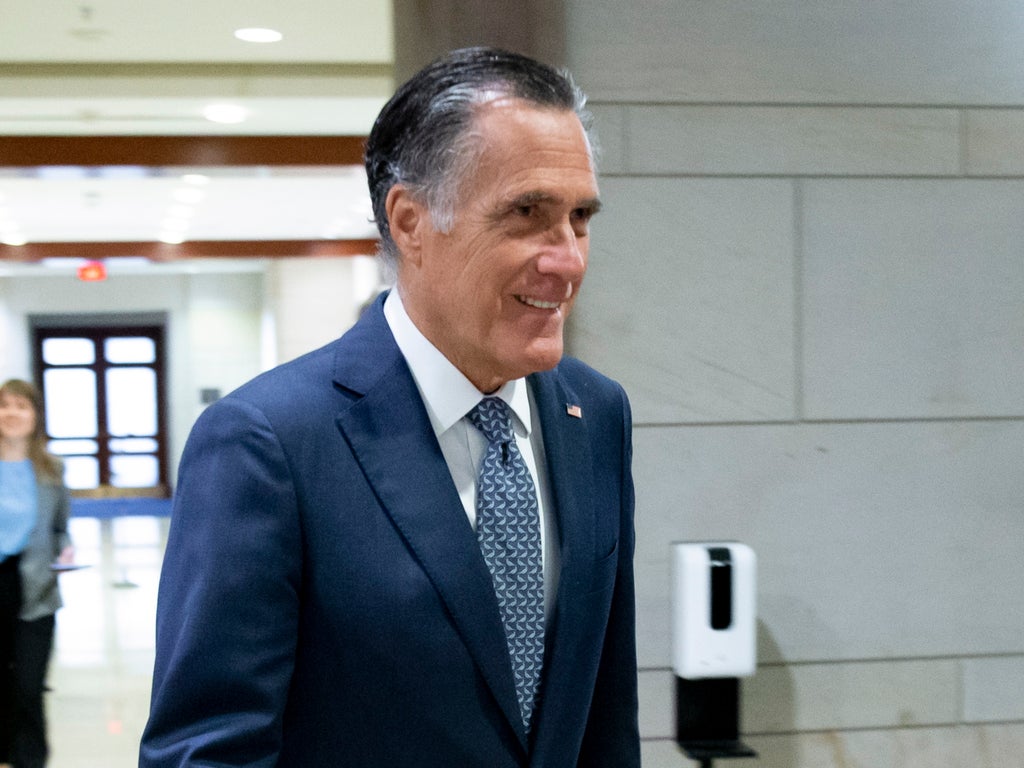 Republican Utah Senator Mitt Romney has criticized some of his GOP colleagues over their questioning of Supreme Court nominee Ketanji Brown Jackson and her handling of sex crimes.

Judge Jackson pushed back on accusations levied by some Republicans that she had been too lenient in sex crimes cases with victims who were minors.

When asked by Dick Durbin, a Democratic Senator from Illinois and the chairman of the Senate Judiciary Committee, what she thought of the allegations launched by members of the GOP, Judge Jackson said that as a “mother and a judge who has had to deal with these cases, I was thinking that nothing could be further from the truth”.

She told the committee that during every sentencing in a case that involves child pornography, she explains to the offender the dire consequences of their crimes.

“And then I impose a significant sentence and all of the additional restraints that are available in the law. These people are looking at 20, 30, 40 years of supervision. They can’t use their computers in a normal way for decades,” Judge Jackson told the committee. “I am imposing all of those constraints because I understand how significant, how damaging, how horrible this crime is.”

The judge added that the law doesn’t instruct judges to rely only on sentencing guidelines or to hand down the maximum sentence possible but instead issue one that is “sufficient but not greater than necessary to promote the purposes of punishment”.

“I’ve got a 9-year-old, a 7-year-old and a 16-month-old at home,” Mr Hawley told Judge Jackson. “And I live in fear that they will be exposed to, let alone exploited, in this kind of material.”

“I just say as a father of three, I would hope that the White House and the president of the United States would take child pornography seriously, and with those kinds of juvenile dismissals, it just makes me wonder if they care about it at all ,” Mr Hawley said, according to Washington Post. “I mean, is child pornography not a serious issue? Is that what he is saying?”

Mr Romney, 75, appeared unconvinced of the validity of the line taken by his GOP colleagues.

“It struck me that it was off course, meaning the attacks were off course that came from some,” Mr Romney told The Post on Tuesday. “And there is no ‘there’ there.”

The 2012 GOP presidential nominee and former Massachusetts governor said Judge Jackson’s judicial philosophy would be most important to him when deciding whether to vote to confirm her.

“It’s Hawley, right?” he said to reporters. “Take that for what it’s worth.”