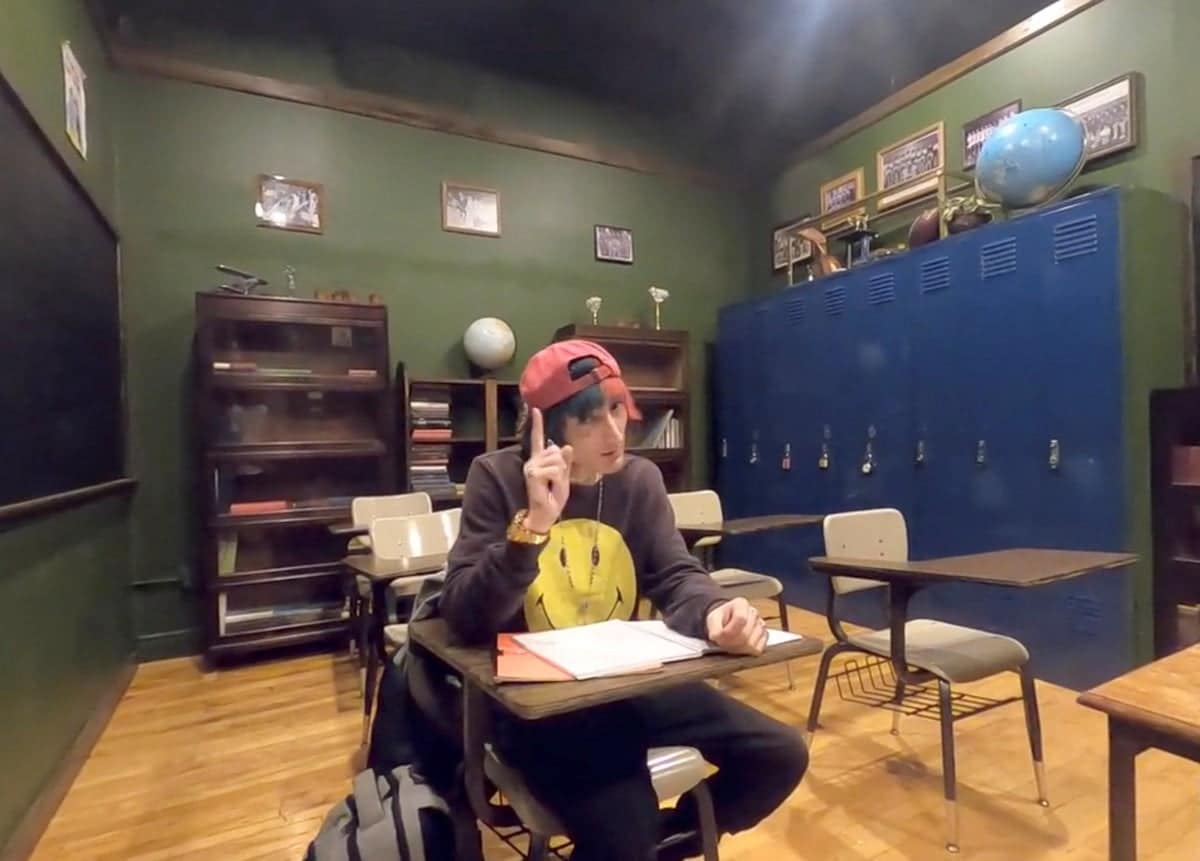 US police arrested 22-year-old Robert E Crimo after he was named as a person of interest in the mass shooting that left at least six people dead and 20 injured during a 4 July parade in Illinois.

Mr Crimo was taken into custody after a brief chase near Lake Forest, a Chicago suburb, about six miles from the site of the massacre a few hours after shots were fired from a high-powered rifle at a crowd enjoying the holiday.

The shooter appeared to have taken up a sniper position on a rooftop before opening fire and triggering scenes of chaos as people ran for cover to save their lives.

Who is Robert Crimo?

Mr Crimo goes by the nickname Bobby and is an amateur rapper. He had allegedly uploaded a number of videos online, many months before the shooting, filled with violent imagery and depictions of mass murder.

His social media footprint indicates that he is a video-game enthusiast who appeared to fantasize mass shootings.

A recent video posted by Mr Crimo on YouTube appeared to show the aftermath of a school shooting with him draping himself in an American flag.

In another animated video titled “Toy Soldier”, he appeared to show his own demise.

The video showed a man, seemingly personifying Mr Crimo, wearing a black T-shirt with his YouTube channel’s logo on it and lying in a pool of blood during a confrontation with police.

The video begins by showing a student texting in class while Mr Crimo raps “f*** this world” with visuals showing a heavily armed shooter opening fire inside a school.

See also  'You have f***ed my life up, you are going to pay for this' - Jilted mum waged hate campaign after boyfriend moved in with beauty queen neighbor

In another video, in which he appears in a classroom wearing a black bicycle helmet, he says he is “like a sleepwalker. I know what I have to do”, adding that “everything has led up to this. Nothing can stop me, even myself”.

The YouTube channel that posted the videos was made unavailable on Monday night after it remained accessible to the public for months.

In 2020, he was pictured attending a rally of Donald Trump dressed as the main character from “Where’s Waldo?” In another photo on Twitter, he was seen wrapped in a Trump flag like a cape. He was also pictured sporting an FBI cap and he had liked a video of Joe Biden.

Mr Crimo had his own Discord server named “SS”, where he would chat with fans and people. It has since been taken down. According to NBC news, the community featured a politics board with several nihilistic political memes.

The most recent post on the community before the shooting was in March, showing a picture of Budd Dwyer, the Pennsylvania state treasurer who shot himself on live television in the late 1980s with the caption, “I wish politicians still gave speeches like this”.

Discord users shared pictures of Mr Crimo with one selfie seemingly making a reference to suicide. Its caption read: “Cursed image screenshot and send to everyone or commit not alive anymore (sic)”.

According to the FBI, Mr Crimo has tattoos on his face showing four tally marks with a line striking through them on his right cheek and a cursive script above his left eyebrow that reads “Awake”.

Mr Crimo also has tattoos of red roses and green leaves on his neck.

Mr Crimo’s father has been identified as Bob Crimo Sr, 58, a local deli owner who once ran for mayor of Highland Park in 2019 but had lost by a two-to-one margin to the incumbent.

Just days after the Uvalde elementary school shooting in Texas in which 19 children and two teachers were killed in a mass shooting, a Twitter account that purpotedly belongs to Mr Crimo Sr liked a tweet in support of the second amendment.

His mother has been identified as Denis Pesina, 48, a Mormon who gives alternative therapies, reported the DailyMail.

Mr Crimo’s IMDb page describes him as the middle child of three siblings in an Italian-American family in Highland Park, Illinois.

His uncle, Paul Crimo, told Fox 23 Chicago that the family saw no “warning signs” that would indicate he could possibly be involved in the shooting.

“I saw no signs of trouble. And if I did see signs I would have said something,” his uncle said. He said that his nephew of him was a “YouTube rapper” who once worked at the Panera Bread bakery company.