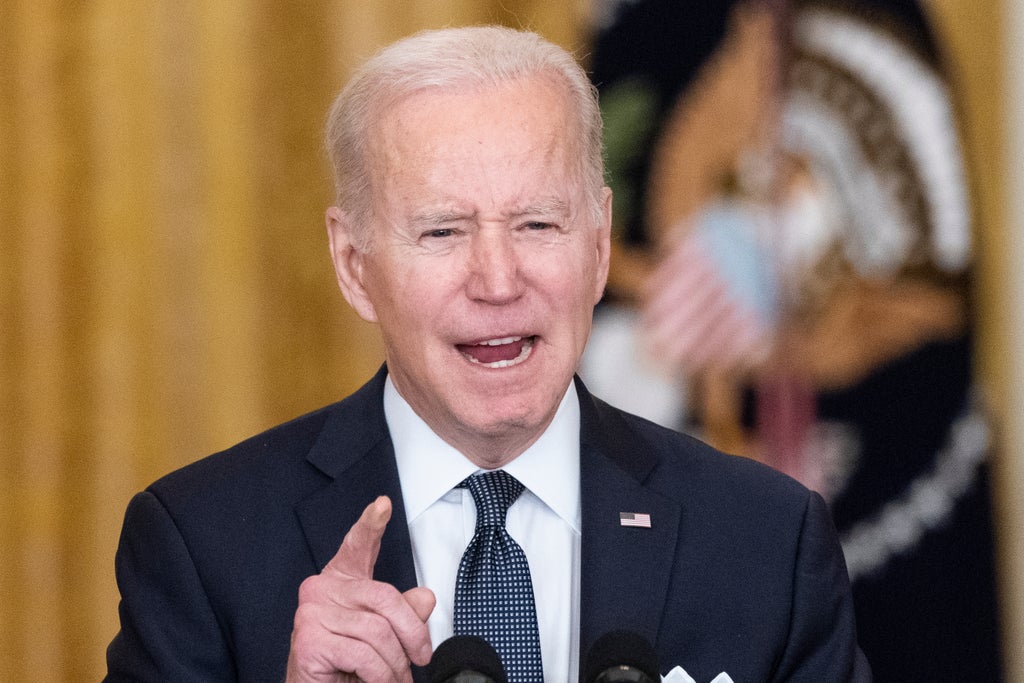 A Russian invasion of Ukraine would be devastating, and a wider European war even worse. Whether a larger war happens would depend partly on President Vladimir Putin’s ambitions, partly on the West’s military response, and partly on plain luck.

Although US and European officials have said for days that a Russian invasion appeared imminent, Putin’s government on Tuesday publicly welcomed further security talks with the West. It also announced that some of its forces bracketing Ukraine will be returning to their regular bases, although US and other Western officials said it was too early to tell whether the invasion threat had receded.

War by its nature is unpredictable, and the stakes are enormous, not just for an overmatched Ukraine but for Europe and the United States. At risk, arguably, is the European security order established after World War II and then peacefully altered with the reunification of Germany, the demise of communism in Eastern Europe, the collapse of the Soviet Union and the expansion of NATO.

President Joe Biden has said he will not fight Russia in Ukraine, nor would America’s NATO allies. So a Russian invasion would not automatically trigger a wider war. But if Putin took his offensive beyond Ukraine’s borders onto NATO territory, the United States could get drawn into it. That’s because Washington is obliged by the North Atlantic Treaty to defend its allies, some of whom fear they are Russian targets.

“Make no mistake. The United States will defend every inch of NATO territory with the full force of American power,” Biden said Tuesday. “An attack against one NATO country is an attack against all of us.”

Biden also said that if any American in Ukraine is targeted by Russia, “We will respond forcefully.”

Beyond the seemingly unlikely scenario of Putin deliberately extending an invasion beyond Ukraine, there is a risk that even a limited war could spread as a result of an accident, a miscalculation or a misunderstanding. Once the fighting started, a bit of bad luck could lead to more conflict.

Even if Putin were to back off in coming days and pursue a negotiated path to his security goals, the enormous tension created by his buildup of forces on Ukraine’s borders could have a lasting impact elsewhere in Europe. US allies on NATO’s eastern front, particularly the Baltic states of Estonia, Latvia and Lithuania, which were once part of the Soviet Union, may press for a bigger and more permanent US military presence.

A full range of scenarios for ending the Ukraine crisis and managing relations with Russia will be on the table Wednesday when US Defense Secretary Lloyd Austin joins a two-day meeting of NATO defense ministers in Brussels. Austin is also expected to meet jointly with his counterparts from the three Baltic states.

Biden has ordered about 5,000 extra troops, including a senior Army general, to Europe to demonstrate US commitment to eastern flank allies like Poland and Romania that share borders with Ukraine. Some of those extra soldiers include elements of an airborne infantry combat brigade in southern Poland, not far from the Ukrainian border, preparing for the possibility of being asked to temporarily house and assist civilians who would flee Ukraine in the event of a Russian invasion.

Aside from the risk of an unintended or unexpected incident along Ukraine’s western borders, the scope of Russia’s military buildup and its options for disrupting Ukrainian and Western communications offer possibilities for an escalation that could draw in the United States.

James Stavridis, a former chief commander of NATO forces in Europe and a retired Navy admiral, says two wild cards in the Ukraine crisis are the prospect of an escalation to cyberwar and the possibility of an unintended escalation in the Black Sea, where Ukraine’s small fleet is caught between the bigger navies of Russia and NATO nations.

“A missile that goes astray and strikes a non-combatant, say a US destroyer, could be explosive,” Stavridis said.

He believes cyber warfare would be a central feature of any Russian attack on Ukraine, with the United States and its allies attempting to protect the Ukrainian military’s ability to communicate with and command forces in the field, and to preserve the electric grid and other civilian infrastructure .

“That could easily lead to Russian retaliation in the cyber world, broadening the conflict quickly and dangerously,” Stavridis said.

Biden cited a similar unconventional danger. “If Russia attacks the United States or our allies through asymmetric means, like disruptive cyber attacks against our companies or critical infrastructure, we’re prepared to respond,” he said.

Jim Townsend, who was the Pentagon’s top Europe and NATO policy official throughout the Obama administration, said he sees little chance that Putin would deliberately extend an offensive beyond Ukraine unless he believed Biden would be unwilling to go to war to defend NATO allies. More likely, he said, is an unintended scenario such as a Western military aircraft getting shot down along the border.

“My great fear is that we go down a slippery slope that nobody wants,” he said.