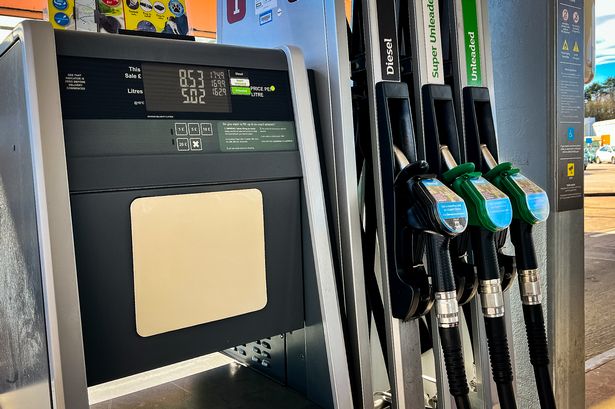 Rishi Sunak confirmed on Wednesday (23 March) that he is cutting fuel duty by 5p a litre, in the ‘biggest cut to all fuel duty rates ever.’ The change, announced as part of the Chancellor’s spring statement, comes into place from 6pm on Wednesday evening.

It will last for a whole 12 months until March 2023. According to the RAC, a 5p reduction in fuel duty would make it £3.30 cheaper to fill up an average family car with a 55-litre tank.

Fuel duty is levied per unit of fuel purchased and is included in the price paid for petrol, diesel and other fuels used in vehicles or for heating. The rate depends on the type of fuel and VAT is then added on top.

Readmore: How will Rishi Sunak’s spring statement affect me? How today’s major announcements will hit your bills

Fuel duty has been frozen at 57.95p per liter for petrol and diesel since March 2011. Mr Sunak said the UK Government wanted people to know they will “stand by them” in dealing with rising living costs.

He told MPs: “Today I can announce that for only the second time in 20 years, fuel duty will be cut. Not by one, not even by two, but by 5p per litre. The biggest cut to all fuel duty rates – ever.

“While some have called for the cut to last until August, I have decided it will be in place until March next year – a full 12 months. Together with the freeze, it’s a tax cut this year for hard-working families and businesses worth over £5 billion, and it will take effect from 6pm tonight.”

Just hours before Mr Sunak’s statement, it was revealed that petrol and diesel prices in UK forecourts hit yet another new high. Figures from data firm Experian Catalist showed the average cost of a liter of petrol on Tuesday was 167.3p, while diesel was 179.7p.

This is an increase of 18.0p per liter for petrol and 27.0p for diesel over the past month. RAC head of policy Nicholas Lyes described the fuel duty cut as “a drop in the ocean” as it will “only take prices back to where they were just over a week ago”.

He said: “There’s also a very real risk retailers could just absorb some or all of the duty cut themselves by not lowering their prices. If this proves to be the case it will be dire for drivers.”

Meanwhile AA president Edmund King welcomed the cut but expressed concern that “the benefit will be lost unless retailers pass it on”. He also called for prices to be lowered due to the “substantial reduction in wholesale road fuel costs” since March 9.

“The road fuel trade shouldn’t leave the Treasury to do the heavy lifting when cutting motoring costs,” I added.

Paul Tuohy, chief executive at pressure group Campaign for Better Transport, said the cut will “do little to help those on the lowest incomes, who may not even own a car”. He went on: “Rail fares have risen at a higher rate than fuel costs, and bus fares have risen twice as fast, yet public transport passengers have not been given any help with the cost-of-living crisis.”

The government said the change will save the typical employee more than £330 in the year from July. The Institute of Fiscal Studies has said that those who earn under £35,000 will see no rise in their National Insurance payments, with most seeing a cut.

Those who earn over that amount will see a rise in their contributions.