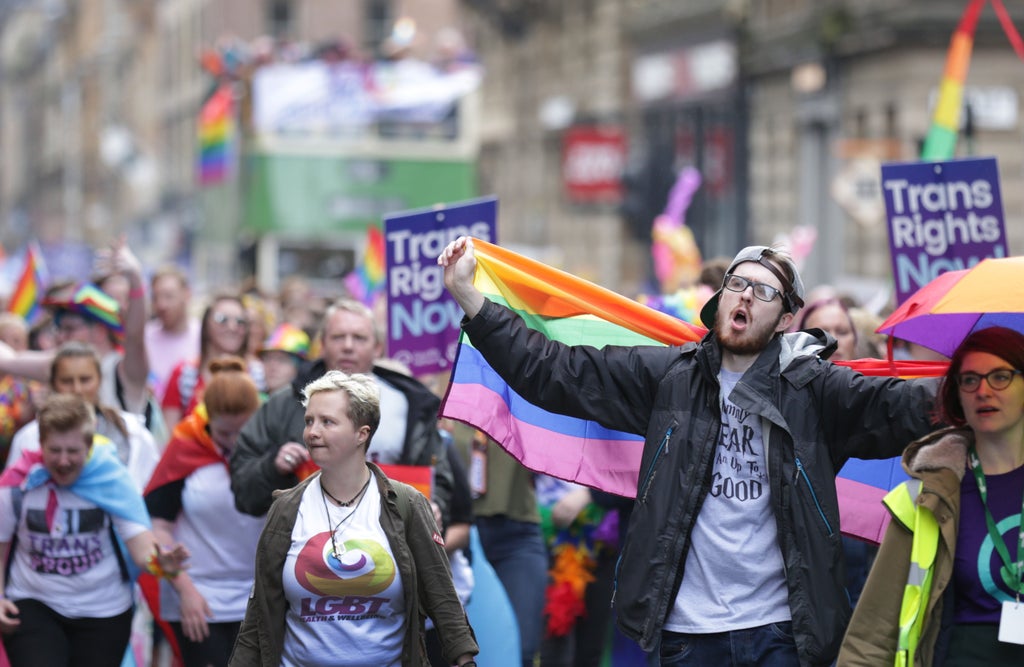 Critics of the Equality and Human Rights Commission have the “wrong target”, its chief executive said after a coalition of LGBT groups sought to revoke its status as an independent body.

A 19-page submission to the UN – which the groups say was prompted by the EHRC’s stance on trans rights – asks for the independent status of the body to be reviewed.

But EHRC chief executive Marcial Boo said on Friday: “Stonewall and other critics are aiming at the wrong target.

“The EHRC has the power to prosecute people and companies that discriminate against trans people. We have done so.

“Instead of criticizing the statutory regulator that exists to protect the rights of everyone in Britain, campaign groups should work with us to identify discrimination against LGBT people so we can take action together to stop it.”

Earlier, a spokesperson for the EHRC told the BBC it makes all decisions impartially and “based on evidence in the UK and internationally”.

The LGBT groups criticized the EHRC’s recent intervention on the Scottish Government’s bid to reform the Gender Recognition Act (GRA).

The groups said: “Their recent statements on GRA reform in Scotland, and the conversion therapy ban in England and Wales, not only reverse their long-held positions but are in stark contrast to international human rights standards.

“The EHRC’s stance seeks to strip trans people of legal protections and pose a serious threat to the ability of trans people to participate in daily life with dignity and respect.”

The submission accuses the EHRC of lacking independence from the UK Government which it says influences appointments on the body and has politicized its positions.

Without the status, organizations cannot participate at the UN Human Rights Council.

Last month, the EHRC was criticized by LGBT organizations after it said plans to change the law on gender recognition in Scotland required “further consideration”.

Scottish Government ministers have tabled proposals to reform the Gender Recognition Act to make it easier for people to change their legally recognized gender, with a Bill expected at Holyrood this year.

But the EHRC said “further consideration is needed before any change to the law should be made”.

A spokesperson for the body said “everyone’s concerns should be discussed and addressed carefully, openly and with respect to avoid further damage and division”, but insisted more time is needed.

Stonewall, a leading LGBT group which is a signatory on the submission to the UN, said the EHRC’s statement was an attack on trans equality and said it is “deeply troubled” by the approach the group is taking to trans people’s human rights.

“The EHRC is calling for further delays to legislation that our communities have been waiting on for many years,” a Stonewall spokesperson said, insisting that the Scottish Government has given “ample opportunity for consultation”.

The Equality Network, a prominent LGBT charity in Scotland, echoed Stonewall’s comments, with director Tim Hopkins claiming the EHRC board is “directly appointed” by the UK Government and is “failing to stand up for equality for trans people”.

Mr Hopkins added: “We do not need UK Government appointees telling us in Scotland how to legislate in devolved areas, and we look forward to the Scottish Government proceeding with this legislation soon.”